Dorothy Rodham, the mother of Secretary of State Hillary Clinton, passed away at the age of 92 shortly after midnight on Tuesday.

"Her story was a quintessentially American one, largely because she wrote it herself," said the Clinton family in a statement. "She overcame abandonment and hardship as a young girl to become the remarkable woman she was -- a warm, generous and strong woman; an intellectual; a woman who told a great joke and always got the joke; an extraordinary friend and, most of all, a loving wife, mother and grandmother."

The family said Rodham died surrounded by her family in Washington.

The secretary of state cancelled a planned trip to London and Istanbul to be at her mother's side.

Dorothy Rodham was a witness to her daughter's political victories and defeats. She avoided the spotlight and rarely gave interviews about herself or her daughter and son-in-law, the former president.

A notable exception was her daughter's 2008 bid for the Democratic nomination for president. She appeared with her daughter in primary states, particularly at events focusing on women's issues.

As Clinton battled Barack Obama for the nomination in April 2008, Rodham joined her daughter and granddaughter at a campaign event at Haverford College. Then 88, Rodham didn't speak at the event, but Hillary Clinton noted that her mother lived with her and "always has a lot of great ideas about what we need to be doing," drawing chuckles from the audience.

When Clinton ended her campaign during a speech in June 2008 at Washington's National Building Museum, her mother watched from off stage and wiped a tear as Clinton conceded the nomination to Obama. The following February, Rodham was on hand as her daughter was sworn in as Obama's secretary of state.

Dorothy Howell Rodham was born in Chicago in 1919, the daughter of a city firefighter. In her autobiography, "Living History," Hillary Clinton described her mother's childhood as lonely and loveless.

The Howells shuttled Dorothy and her younger sister, Isabelle, among relatives and schools. She was 8 when her parents divorced in 1927 and she was sent with her sister to live with their paternal grandparents in Alhambra, California. Her grandmother could be cruel when not ignoring young Dorothy, Clinton wrote.

Rodham left her grandparents' home at 14 when she found room and board as a mother's helper to another family. After graduating from high school, she returned to Chicago on her mother's promise of helping to pay for a college education if she lived with her and her new husband. After that promise was unfulfilled, Rodham supported herself with a job in an office.

"I'm still amazed at how my mother emerged from her lonely early life as such an affectionate and levelheaded woman," Clinton wrote.

She met Hugh E. Rodham, who had found work in Chicago as a traveling salesman. They courted for several years before marrying in 1942. Besides their daughter, they raised two sons, Hugh and Tony.

Dorothy Rodham was a homemaker in a Chicago suburb but for years took a variety of college courses even though she never completed a degree. A Democrat, she was a counter to the conservative Republicanism of her husband, who became a successful businessman.

The Rodhams moved to Little Rock, Arkansas, in 1987, to be near their daughter and her husband, then the state's governor, and their granddaughter, Chelsea. Dorothy Rodham's husband died in 1993. A Washington Post profile in 2007 noted that she moved to Washington to live with her daughter's family after Hillary Clinton's election to the Senate in 2000. In a debate during the 2008 campaign, Hillary Clinton called her mother her inspiration.

"I owe it to my mother, who never got a chance to go to college, who had a very difficult childhood, but who gave me a belief that I could do whatever I set my mind," she said 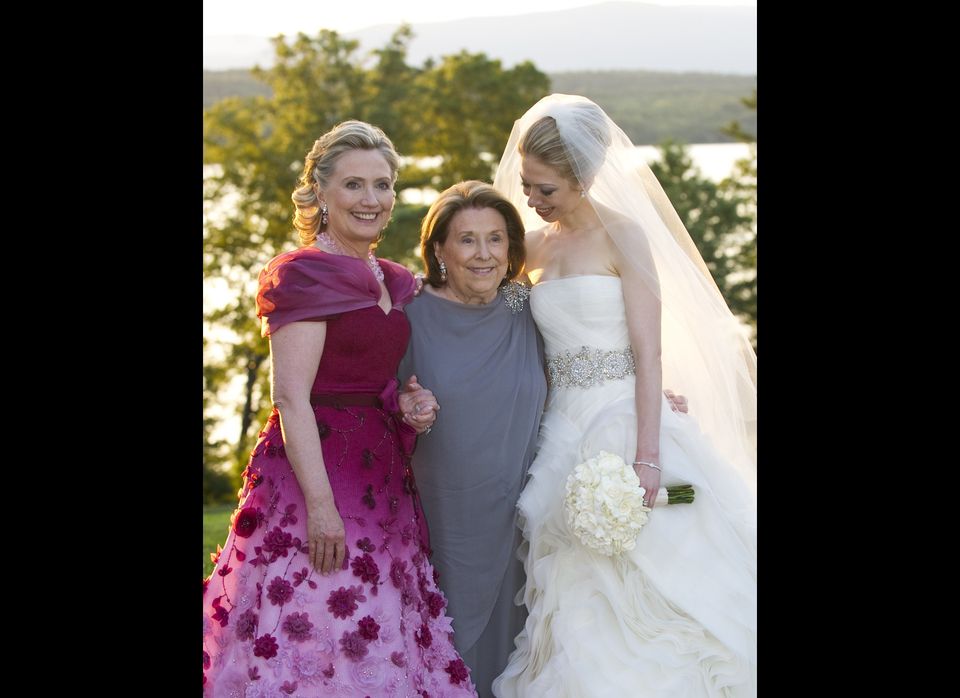