As Shark Week arrives for 2015, movie goers have the opportunity to relive a thrilling moment in cinema history with the re-release of the first bona fide summer blockbuster and the celebration of one of the ocean's (and this planet's) most magnificent set of creatures.

By now, we all know the sad story of sharks and rays. Through directed fishing, by-catch, surging demand for shark and ray products, and misaligned incentives, the world's shark and ray populations have been decimated over the past four decades and now a quarter are at risk of extinction. In the worst cases they have gone locally extinct; in many others, up to 90 percent of populations have been lost. 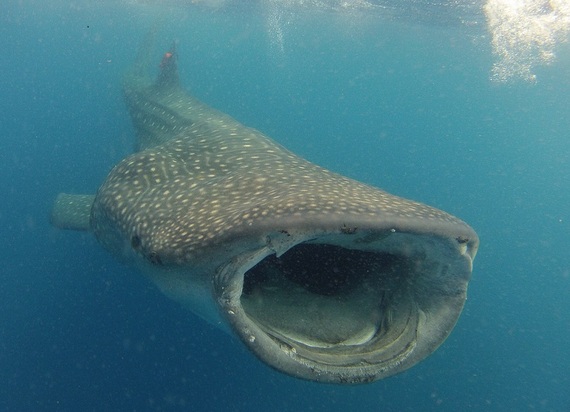 I am spending the beginning of Shark Week viewing the world's largest whale shark aggregation in Isla Mujeres, Mexico, where living sharks contribute millions of dollars annually in ecotourism dollars to the local economy. Photo by Caleb McClennen ©WCS.

Sharks and rays' vulnerability also derives from their specific life cycle. Most shark and ray species take many years to reach sexual maturity, then produce few young -- more akin to marine mammals such as whales and dolphins than fish. Thus, they are especially threatened by overfishing and slow to recover.

Fortunately, it has become increasingly unpalatable for people across the globe to watch idly as we lose one of the most fascinating and awe-inspiring assemblages of marine biodiversity the world has to offer.

There is hope. The shark and ray conservation movement has made great headway in tackling this global and highly complex challenge.

For the first time ever, commercially fished sharks were listed through the Convention on International Trade in Endangered Species of Wild Fauna and Flora (CITES) in 2013. Thanks to over a decade of concerted effort by shark scientists, advocates and governments, CITES requirements are now beginning to increase the sustainability (and future prospects) of whale sharks, basking sharks, oceanic whitetip sharks, porbeagle sharks, and three species of hammerhead sharks, all sawfishes, and manta rays. 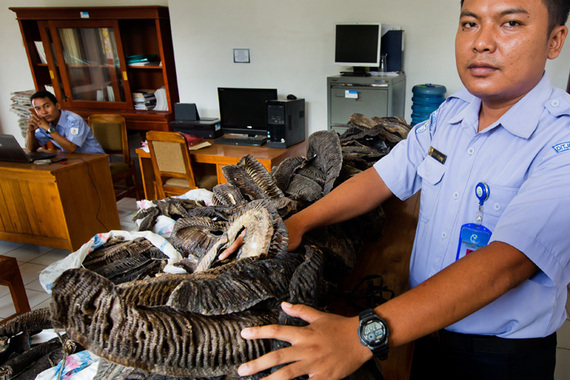 In the past year we celebrated the actions by Indonesia to crack down on the now illegal manta trade and countries are coming together to impose catch restrictions in their waters' critical marine habitats for sharks (or in some cases their entire economic zone). In Asia we see reported signs of a reduced demand for shark fin for the traditional culinary delicacy shark fin soup.

Back home in the United States, our shark fisheries are some of the best managed in the world -- successfully championing a ban of shark finning on all but one species and other critical measures.

On the East Coast, full protection measures for White Sharks in the 1990s have led to a recovering populations and are now back just off the outer beach of Cape Cod, feeding on the result another amazing conservation success story: the dramatic recovery of grey and harbor seals. Nationally, we are seeing the full protection of many species in the U.S. and the successful recovery of shark fisheries in the U.S., Australia, and New Zealand. 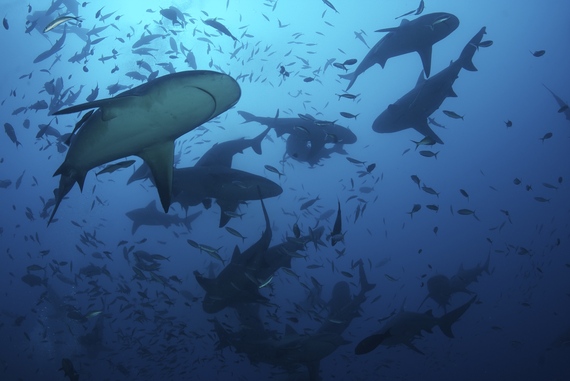 It has become increasingly unpalatable for people across the globe to watch idly as we lose one of the most fascinating and awe-inspiring assemblages of marine biodiversity. Photo ©Keith Ellenbogen.

I am spending the beginning of Shark Week in Isla Mujeres, Mexico, viewing the world's largest whale shark aggregation. Here, sharks alive are contributing millions of dollars annually in ecotourism dollars to the local economy.

In Guayaquil, Ecuador, a number of shark conservation advocates will be working at a meeting of the Inter-American Tropical Tuna Commission (IATTC) in Guatemala to push for increased protections for Mobulas, Silky Sharks, and Hammerheads currently suffering huge mortality rates that can be sensibly reduced.

In New York, where I work for WCS (Wildlife Conservation Society), our New York Aquarium is committing to a major new focus on sharks, with new exhibitry and education programming. A team of dedicated WCS shark conservationists will be out on the water all summer researching these animals to learn more about how to protect them and inspire New Yorkers and others around the world to conserve them.

This Shark Week 2015 -- and on the 40th anniversary of Jaws -- let us reflect upon our growing appreciation for (and willingness to protect) these vulnerable species. Let us then dramatically scale our commitment to reverse the decline of these magnificent species on a global scale. 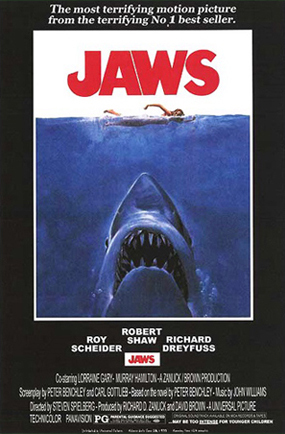 The re-release of "Jaws" this summer on its 40th anniversary is drawing attention to the critical importance of protecting vulnerable shark and ray species globally. © Universal Studios.

The good news is we know what is necessary: We must leverage our successes to fully protect the most vulnerable species, improve shark and ray fisheries management world-wide, and shift demand away from unsustainable shark and ray products.

This coming week should be about celebrating the amazing work of shark conservationists who have committed their lives to saving sharks and rays. Their combined impact is turning the tide. We owe them our most since thanks and our increased commitment to this critical challenge for the ocean and our planet.