Archaeologists uncovered a 3-inch contraceptive artifact during a 2010 excavation along the north side of City Hall in Manhattan -- but thought it was a spice grinder until this year, DNAinfo reports. 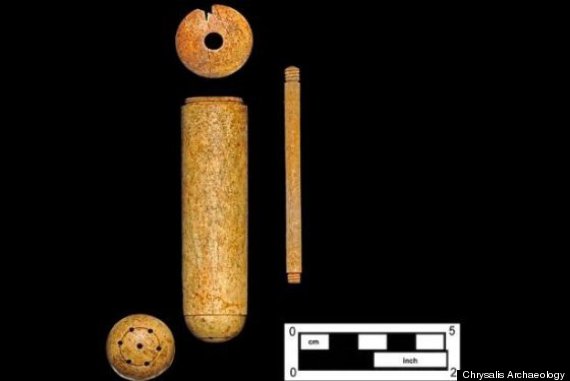 The "vaginal syringe" is made from an unidentified mammal bone and was found buried among garbage during a city rehabilitation project. The dig also turned up liquor bottles and items associated with food waste, dating back to between 1803 and 1815. City Hall was built between 1810 and 1812.

That likely means the items were thrown out after a rockin' party, says Alyssa Loorya, president of Chrysalis Archaeology, which oversaw the dig.

And yes, 200-year-old celebrations also included partying between the sheets. The artifact has a hollow cylinder with holes in its top and was used as a form of birth control, according to archaeologist Lisa Geiger.

"Women used them for contraception, shooting solutions of astringents made from minerals or tree roots and barks into themselves before or after sex," Geiger told DNAinfo. "They also used them as means to do what they thought was cleaning themselves." 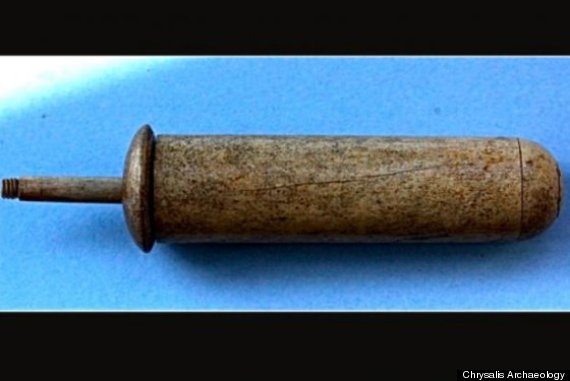 And everyone was douching it. Geiger added that later iterations of the syringes were found near brothels in New York.

"But whether you were a prostitute, or upper class, it seems women across economic and social lines were using them," she said.

Geiger, an anthropology masters student at Hunter College, presented the findings at a Society for Historical Archaeology conference in January.

Antique Vibrators Get Their Own Museum In San Francisco