The ocean can sometimes awaken into a powerful, angry force that sends most people toward land.

Not surf photographer Doug Falter. He grabs his camera and dives into the water to photograph Mother Nature in all her fury and the surfers who dare to challenge her. 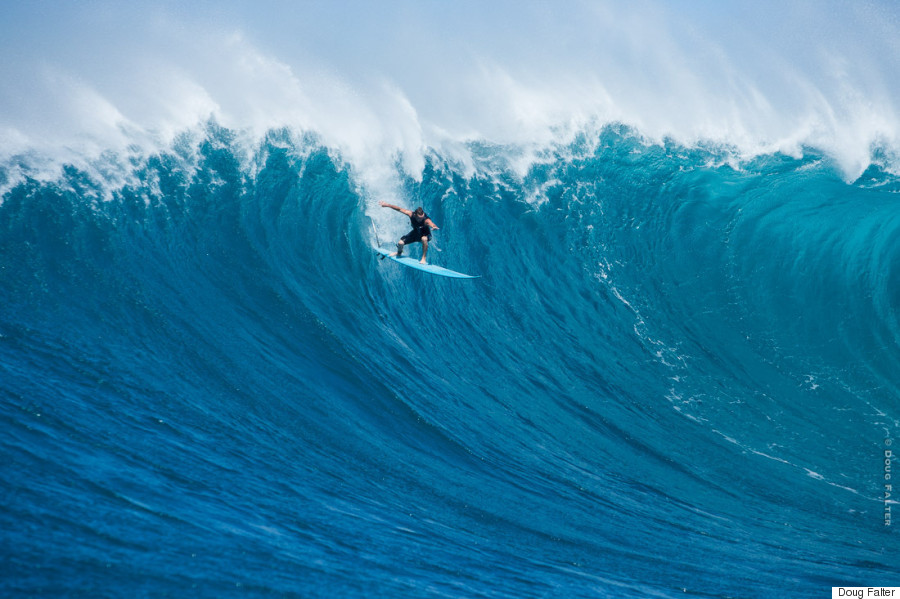 In just four years, surf photography has become Falter's life. After quitting his job in Florida and selling most of his things, Falter, 29, moved to Oahu's North Shore in 2011 with little experience in underwater photography and even less with the immense waves that the famed surf town was known for.

Falter said he almost failed high school gym because he wasn't very good at swimming. But he dove right in once he settled in Hawaii, and learned quickly that staying calm in the water is essential.

"I've been held underwater [by a wave] for so long," Falter told The Huffington Post. "In really crazy situations like that, I become as relaxed as I possibly can -- almost like when an opossum passes out when it gets scared." 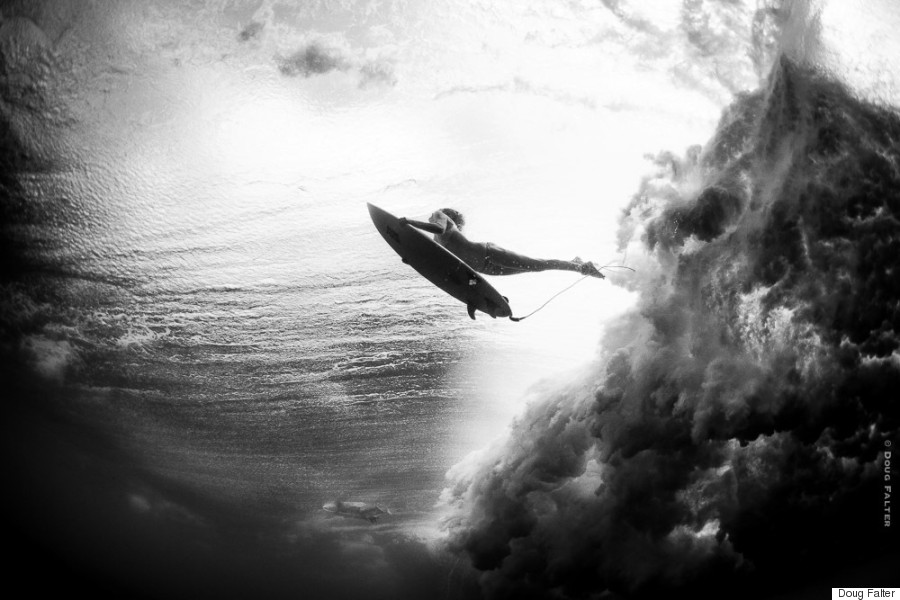 Despite the dangerous conditions, Falter said he'd rather shoot photos from the surf than sit on shore.

In the water, "I feel like I'm actually part of the action," he said. "Being out in the ocean is euphoric. In a split second, anything can go wrong. It's comparable to hanging off a cliff on the side of a mountain."

Since his move to Hawaii, Falter's work has been featured in surf magazines across the country and was selected as part of National Geographic's Daily Dozen round up.

Below, Mother Nature's fury, as seen from the lens of a fearless surf photographer.