PUEBLO, Colo. (AP) -- Three fugitive siblings wanted in a crime spree in Florida and Georgia were captured Wednesday in Colorado after firing shots at officers during a high-speed chase and crashing their car into a highway barrier, authorities said.

Ryan Edward Dougherty, 21; Dylan Dougherty Stanley, 26; and Lee Grace Dougherty, 29, were targets of a nationwide search after they were accused of shooting at a police car during a chase last week in Florida and robbing a Georgia bank with assault weapons.

FBI Special Agent Steve Emmett confirmed that the three were in custody in Walsenburg, 145 miles south of Denver. They were being treated for unspecified injuries at a Walsenburg hospital, the Colorado Highway Patrol said.

No troopers were hurt during the 20-mile chase on Interstate 25 that at times exceeded 100 mph. Shots were fired from the vehicle during the pursuit, officials said.

"Ladies and gentleman, I'm proud to say we won," Pasco County, Fla., Sheriff Chris Nocco said at a news conference following their capture. "We continuously said that if these three fugitives wanted a battle with law enforcement, we would win that battle. And that's what happened today."

He called the Doughertys "very, very dangerous people" and their capture a tremendous relief.

"It's uncommon that we would come across these three siblings who would have an arsenal and (are) not afraid to use it," Nocco said.

Some of Nocco's deputies were expected to fly to Colorado on Wednesday night to interview the trio.

Bernie McCabe, the state attorney for the judicial circuit that includes Pasco County, Fla., said officials in the various jurisdictions have not yet decided how to handle the extradition of the suspects.

"I don't know the status of the Georgia situation," he told The Associated Press. "They might get first crack at them. That has not been decided yet."

McCabe said that the only local warrants currently outstanding are two for Ryan Dougherty for grand theft auto and failure to register as a sex offender - both of which are based on events that occurred prior to the shooting at police in Florida. He said it would be up to the sheriff to forward charges to his office related to the chase and shooting, if they decide to.

The siblings' mother, Barbara Bell of East Palatka, Fla., spoke briefly with The Associated Press on the phone Wednesday.

"I'm sorry. I'm making no comment at this time," said Bell, who last week had urged the trio to give up before there was bloodshed.

The Colorado State Patrol said that a citizen tipped troopers at about 9 a.m. that the suspects were believed to be in Colorado City, about 25 miles north of Walsenburg. Their vehicle was later seen at a nearby campground, but the suspects fled before Pueblo County deputies arrived.

A deputy then spotted the car at a gas station near I-25, and the chase ensued. Troopers deployed stop sticks on the interstate north of Walsenburg, where the car crashed into a barrier, officials said.

Two of the three were arrested at the scene. A third fled on foot into Walsenburg but was arrested without incident by state troopers, trooper Richard Krantz said.

A crowd of law enforcement officers stood outside the Spanish Peaks Regional Health Center where the siblings were being treated.

The arrests came a day after the FBI warned citizens the trio had likely been spotted buying camping gear in Colorado Springs. Alerts went out to dozens of area law enforcement agencies.

"I was worried about the safety of our troopers," said Colorado Highway Patrol Chief Col. James M. Wolfinbarger. "To have them shooting at you and continue the pursuit, those men are brave."

It was a similarly dangerous chase in Florida on Aug. 2 that launched the manhunt.

An officer tried to pull a car over for speeding northeast of Tampa, Fla. A five-mile chase ensued, with speeds up to 100 mph, and at least two people in the fleeing car squeezed off 20 or more gunshots. A bullet burst the patrol car's front tire and the suspects got away, Nocco said. The officer wasn't injured.

A few hours later, about 210 miles north along Interstate 75, three people wearing masks charged into the Certus Bank in Valdosta, Ga. One of the robbers brandished an AK-47 assault rifle while another was photographed by a security camera waving a machine pistol, the FBI said. The robbers fired shots into the ceiling, then fled with an undisclosed amount of money in a white sedan similar to the Subaru in the Florida chase.

Sheriff's investigators linked the siblings to the case after they found Ryan Dougherty's ankle monitor near the scene of the car chase. He had been issued the monitor after being convicted of sending sexually explicit text messages to an 11-year-old girl. Records show he had registered as a sex offender Aug. 1.

Bell told the AP last week her son was upset by his probation terms and said he feared the conviction would prohibit him from seeing his newborn son.

Nocco said all three siblings had been living together in Lacoochee, Fla., about 45 miles northeast of Tampa, and each had a criminal record. Lee Dougherty has charges pending against her in Florida for hit and run and had previously been charged with battery, Nocco said, and Stanley Dougherty had been charged with marijuana possession.

Nocco also said police feared the siblings were carrying an arsenal of weapons. Tracing prior background checks run by gun sellers, police confirmed that Ryan Dougherty bought an AK-47 assault rifle - like the one used in the bank robbery - at a pawn shop two years ago. Similar checks showed his brother also owned guns.

Police posted photos of the suspects on electronic billboards across the Southeast. Valdosta Police Cmdr. Brian Childress said it seemed the three had a "death wish."

Lee Grace Elizabeth Dougherty's first brush with the law appears to have been last May after she was involved in a traffic accident on Interstate 95 in Florida's Space Coast.

At the accident scene, Dougherty began screaming and yelling at her boyfriend. Deputies placed her in a patrol car, trying to calm her down, but she kicked and tried to head-butt a deputy, tried to break out a car window with her foot and spit in the face of a state trooper, according to the accident report.

She was arrested for driving under the influence and battery on a law enforcement officer. She had been driving with a suspended driver's license and she refused to take drug and alcohol tests.

Just 10 days later, she was involved in another traffic accident and charged with driving with a suspended license and leaving the scene of an accident. Her boyfriend, who was in the car with her, was arrested for an earlier domestic violence charge in which Dougherty was the victim. While in the trooper's patrol car, she put a seat belt around her neck and pulled it as if to choke herself, the incident report said.

Lee Dougherty pleaded guilty to the DUI charge and to driving with a suspended license last month. She was sentenced to a year of probation.

She was on the run by the time a probation officer made a home visit Aug. 3 in Merritt Island, Fla.

© 2011 The Associated Press. All rights reserved. This material may not be published, broadcast, rewritten or redistributed. Learn more about our Privacy Policy and Terms of Use. 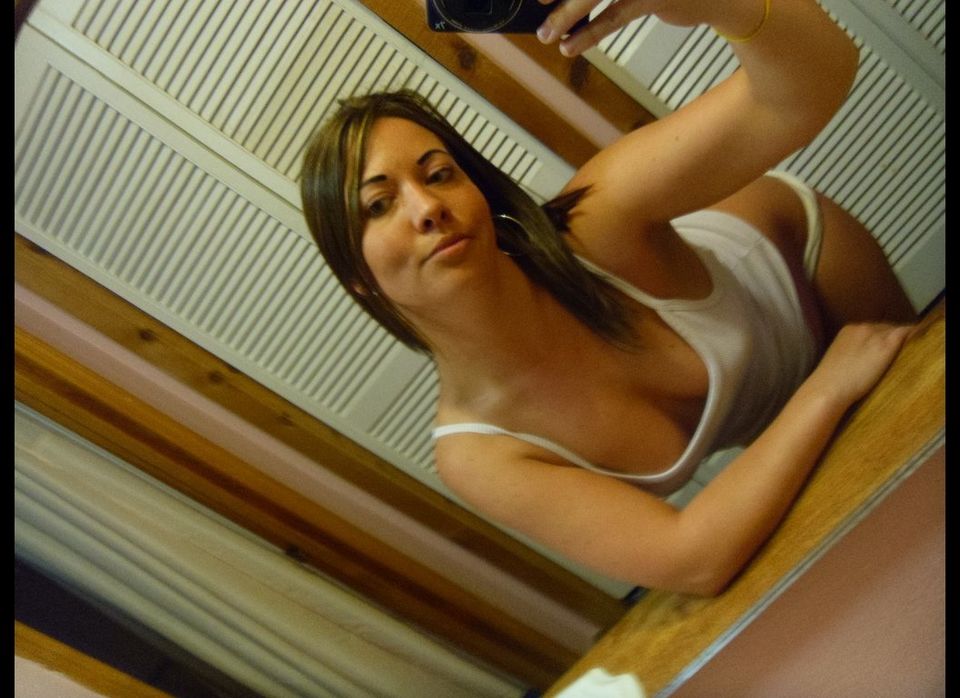