Dov Charney's "conduct with women" has reportedly gotten him fired from his job as CEO of American Apparel, the company he founded. If his history of scandalous behavior and sexual harassment lawsuits are any indication, it may not be hard to guess the nature of said "conduct."

Since 2004, when Jane Magazine portrayed Charney as an eccentric, sex-driven leader of a young and hip company, harassment lawsuits have been piling up.

Lawyers for Charney and American Apparel have described allegations in the lawsuits as "contrived," "untrue" and having "no merit." Nevertheless, the legal filings paint a pretty disturbing picture of Charney's character.

Business Insider once estimated that Charney concurrently faced seven sexual harassment lawsuits from American Apparel employees. Most were settled out of court or dismissed.

So what were the most damning allegations against Charney?

Charney masturbated with a female employee present in front of Jane Magazine reporter Claudine Ko while she researched a story on American Apparel. He masturbated in front of Ko “eight or so times,” according to the story. Charney confirmed the story, but said the sexual activity was, “A, consensual; B, enjoyable for both parties; and C, occurred in a private setting and therefore are not relevant to the sexual harassment charges." 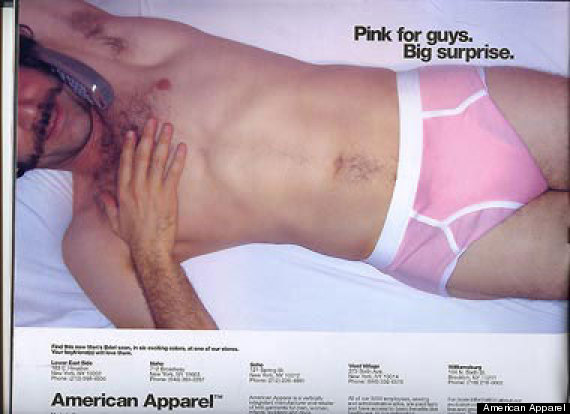 Dov Charney posing in his underwear for an American Apparel ad.

2006: Charney admits to using offensive language in the workplace.

During a deposition for Nelson's lawsuit, Charney admitted to using the words “slut” and “cunt” while in the workplace. “There are some of us that love sluts ... It could be also be an endearing term,” he testified.

Charney went on a 10-minute rant against CNBC’s Margaret Brennan following a live interview, using “his infamous four-letter words” and accusing the reporter of being dirty, according to her report.

2011: Charney is sued by an employee who claims he kept her as a sex slave.

Charney was sued by former employee Irene Morales, who said he kept her as a sex slave in his apartment and forced her to perform sex acts. The lawsuit was later thrown out.

Shortly after the Morales lawsuit was filed, Charney was again sued for sexual harassment by three former employees, including Kimbra Lo. Lo alleged that when she came to Charney’s house to discuss a modeling opportunity, Charney undressed her and tried to have sex with her.

2011: Charney is sued for allegedly retaliating against lawsuits with nude photos.

Charney was sued again by the same three women, who said he retaliated against their sexual harassment lawsuits by posting nude photos of them on the Internet.

2012: Charney is alleged to have rubbed dirt in an employee's face.

Charney was sued by a former store manager, who accused him of rubbing dirt in his face and calling him a “fag” and “wanna be Jew.” The claims were denied by American Apparel.

In an interview with CNBC, Charney called the harassment lawsuits against him a “testimony to my success.”

His dismissal is reported to be due to his "conduct with women."