This little girl knows how to strike a pose that gets noticed.

Last Sunday, Target released an ad for a $49 children's activity cube featuring a 2-year-old model, Izzy Bradley, of Stillwater, Minnesota, wearing a frilly pink and purple dress, Yahoo News reported. The toddler, who has Down syndrome, was chosen for the ad, after the retail giant's team reached out to the Down Syndrome Diagnosis Network (DSDN), seeking child models.

The decision is a big step in raising awareness about the genetic condition, Izzy's mother, Heather Bradley, says.

“I really appreciate Target’s policy of including them in their ads," Heather, who is the head of her local chapter of DSDN, told CBS Minnesota. "I think it really normalizes Down syndrome and helps people to see we’re really just like any other family.”

Heather also hopes that Izzy's inclusion in the campaign will help others who have children with Down syndrome to draw inspiration from their story.

“I want families who are new on a journey with a disabled child to see kids like Izzy and feel hopeful,” Heather told Yahoo.

So far, the little model's ad seems to be doing just that, as its reception from the online community, the proud mom says, has been overwhelmingly positive.

“I’m really surprised at how much excitement has come from it. I’ve had people share it so many times," Heather told CBS. "On Facebook, one site it’s got up to half a million likes.”

And while many others have shown tremendous support for Izzy's role in the campaign, the toddler herself seems pretty pleased with it, as well.

“Whenever she sees the ad, either on television or in print, she smiles, points to herself, and says, ‘Izzy,’” Heather told Yahoo. “Her photo is also on the wall of our local Target, so she likes that too.” 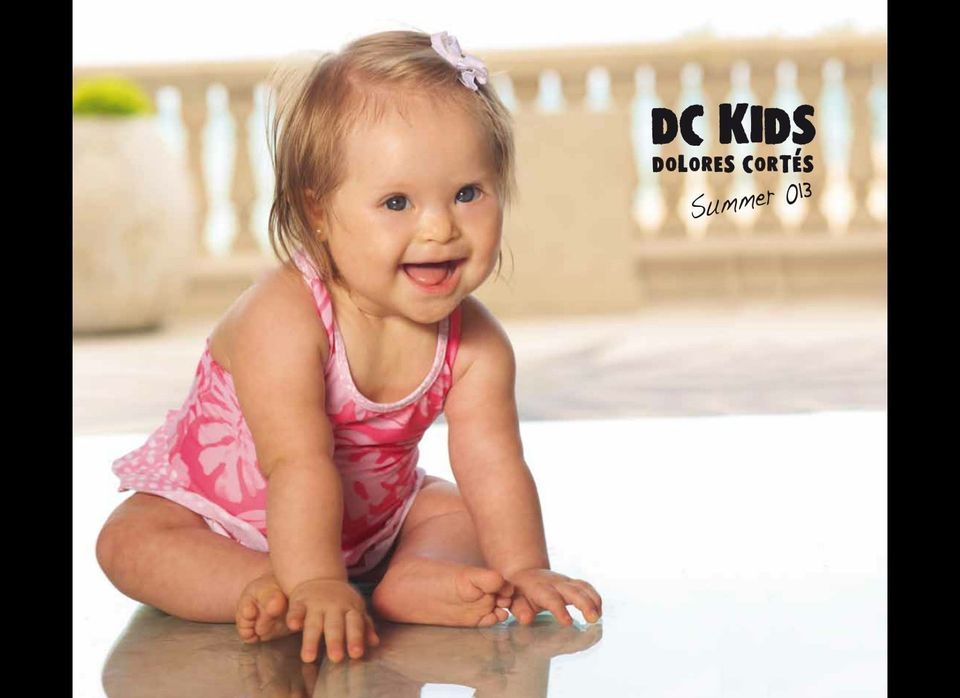