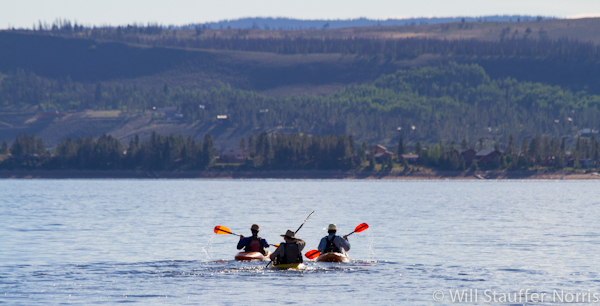 This blog is the second piece in an ongoing series following the Down the Colorado Expedition, a source to sea river journey.

Hence, visiting the divide is always an exciting experience, especially for the well-hydrated boy of around 10-years-old. He cannot help looking upon such a magical line without gaining a sense of undue power. Each year, a certain percentage of our population (mostly male, mostly young) will test the divide's simple rule. Some will advance only as far as their imagination will take them, others will put the rule into practice, but there are few who will visit the divide and fail to ponder their unique chance to contribute to two oceans at once. All it takes is one well-placed, glorious 180-degree arc of perfect urinary omnipotence.

Or at least that's how it used to be. The continental divide is still marked on maps of Colorado with some exactitude, but the trustworthiness of this line has become questionable. An adolescent Coloradoan today with aspirations towards this kind of hydrological mischievousness will probably find that ignorance is bliss when visiting most of Colorado's divide. Our world is changing and even the simple joys of yesteryear are no longer as straightforward as they once seemed.

I bring all of this up not to confess to a juvenile sense of humor (which I'm not denying either), but because our Down the Colorado River source-to-sea kayak expedition faced a similar problem recently. We had trouble identifying the source. In theory, it should be easy. To kayak source to sea, you find the start of a river and follow it until it ends. On the upper Colorado, however, matters quickly become more complicated. Ask a ranger in Rocky Mountain National Park where the Colorado starts, and she'll most likely point to La Poudre Pass, just west of Estes Park, Colo. The continental divide supposedly traversed the top of the Never Summer Range through which Poudre Pass passes. But if you hike up to this pass like our team did in June with the intention of contributing to or following the river westward towards the Pacific, you'll quickly find yourself heading towards the Mississippi. This is thanks to the Grand Ditch, a water diversion project built between 1890 and 1930 to support farmers on the Front Range. The Grand Ditch is just what you'd expect; it's nothing more than an earthen ditch dug into the slopes of the Never Summers above 10,000 feet that captures melting snow and funnels it from one side of the divide to the other.

So, it would appear as if the divide has moved. It's no longer at the ridgeline of the mountains but a few thousand feet down the slope. Undeterred by this anomaly, the divide seeker moves downhill to the ditch itself. Water is flowing eastward in the ditch, but the tiny North Fork of the Colorado is headed westward down the hill below towards the Pacific. Right? Well, not exactly and not only because the Colorado no longer reaches the Gulf of California.

The young Colorado flows with gravity for a while picking up volume and heading towards Mexico as has been its habit for several million years. But about 30 miles down from the ditch it stops again, this time in Shadow Mountain Reservoir. Once again, matters are complicated for the giddy ocean filler standing on the divide, or for the kayaker in search of the river's source.

The details are a bit complex and strange and they make take a map to decipher, but bear with me for a minute while I try to spell it out. Eighty percent of the population of Colorado lives on the east side of the Rockies. Eighty percent of the water falls on the west side. In order for Denver and other high desert Front Range cities to grow as they have over the last century, much divide manipulation has been necessary. Nearly every tributary of the Upper Colorado River is diverted through the Rockies to the east. 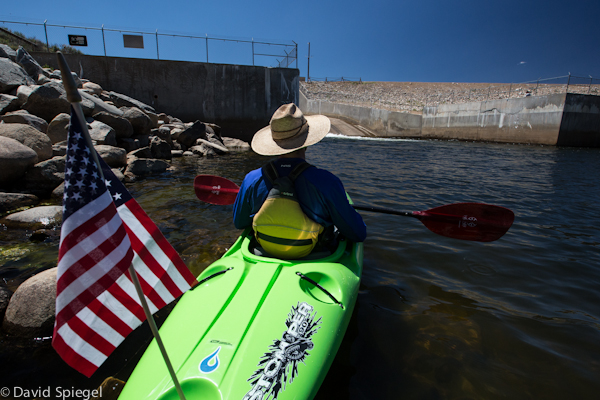 Near Grand Lake, the Colorado does something remarkable; it flows in a circle. Rivers usually don't do this unless they're the Lazy Rivers found in water parks. Of course, there is nothing lazy about a Lazy River. Most rivers hate working and they flow downhill to avoid it. They let gravity exert the energy and tag along for the ride. Lazy Rivers need to be constantly pumped in order to keep flowing around and around. But the upper Colorado avoids the sloth of the average downward flowing river and has formed it's own not-so-lazy circuit.

Shadow Mountain spills water down several miles of flowing river to Lake Granby, the next reservoir on the Colorado. Our hopeful kayak expedition bumped down the rocky channel in this section amidst osprey nests, and with the intention of following the river. But little did we know, most of the water that flowed between these reservoirs made a lazy loop back uphill from Granby to Shadow Mountain via pump station and canal. We find this out when we make it to the dam that plugs the Colorado at Lake Granby to see a nearly dry riverbed below. Where did our river go? Back up to Grand Lake. 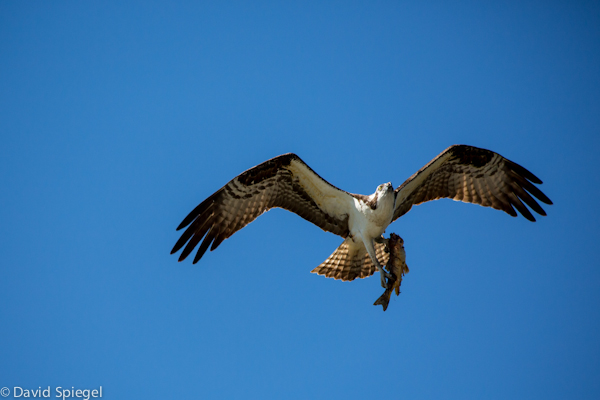 The artificial lake of Shadow Mountain is eight feet deep on average and is connected to Grand Lake, Colorado's largest and deepest natural lake, which is 270 feet deep on average. After being brought up out of Lake Granby, water is drawn through Shadow Mountain and across Grand Lake. And with the water comes the algae and other pollutants of a shallow reservoir, which murk up the once crystal clear Grand Lake. The water is then pumped under Rocky Mountain National Park through 13 miles of tunnel and passed on to the 800,000 people and lawns living between Boulder and Fort Collins.

"Water flows uphill toward money," as the local saying goes, and the money in Colorado can be found among the green lawns and millions of homes to the east of the former divide. 60 percent of the water from the upper Colorado no longer flows to the Pacific, leaving the upper Colorado River and its tributaries to survive off the remaining 40 percent. With the approval of the Moffat and Windy Gap firming projects now under discussion, the amount of diverted water could soon take 80 percent of the Colorado's headwaters.

Boiled down, we have a lawless continental divide on the loose in Colorado. Nobody can pin it down exactly, and it will not stand even for the law of gravity itself.

The moral of our story is to be wary of where you go. If you want to have the simple joy of contributing to two oceans at once, best find a divide outside of Colorado. Besides, contributing to the endless circuit of a Lazy River is just flat out gross because it may very well end up circling there for good.