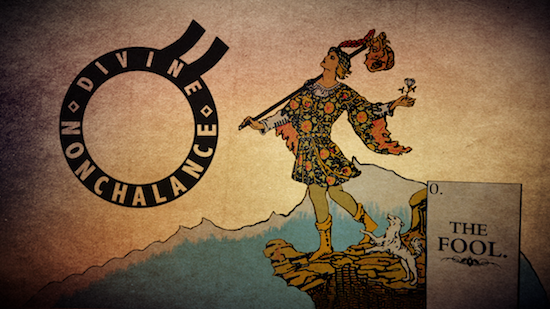 It is not often that a film leaves me baffled. Alright, at the risk of sounding a bit full of myself, I think I've actually understood all the films I've ever watched, in one way or another.

But then, this is a week of bafflement, because I admit I don't understand the whole U.S. government shutdown either...

Anyway, for days after watching The Institute, I kept playing the film back in my head. What did it mean? What was the Jejune Institute, the entity at the center of Spencer McCall's documentary? What was McCall's message? I was, for all intents and purposes, at a loss. Then, just when I was ready to throw in the towel, admit I am too old/young/dumb/female/provincial/uninformed/emotional/consumeristic to be watching films for a living, I read the press notes for the film. And it all started to make sense.

See, The Institute, just as its subject the Jejune Institute and their supposed leader Octavio Coleman Esq., its followers and its slogans, is a bit of an experiment, an elaborate game. A social observation by writer Jeff Hull transformed into a documentary by McCall. The film, as the "game" itself, sets out to offer a glimpse into a few different theories, among them our ability to look up from our mobile devices to interact, to discover what lies beyond, but also how different individuals deal with the same circumstances, some treating it as the game it's meant to be, some more attracted to the cult-like qualities of the group.

One of the concepts I found most interesting is the idea of "Divine Nonchalance", which I understood to be about taking things with fatalism, and a concept highly discouraged by the Jejune Institute. In fact, this kind of life where one feels "divinely guided" and "wonderfully scattered" is equated to the Tarot card of the Fool by the Jejune powers-that-be. Of course, this is one of those points that I may have been too old/dumb/distracted or just plain confused to understand. If so, set me straight. Please.

Interspersed throughout McCalls film, there are touching portrayals of those individuals who were indicted -- some unaware of what exactly they had signed up for -- into the Jejune Institute, which appeared out of nowhere in San Francisco in 2008. People started noticing flyers on utility poles, small posters on street corners urging citizens to visit a back office on the 16th floor of a skyscraper in the Financial District. There, they would view a video that sent them on a treasure hunt of sorts through San Francisco, where they would come in contact with other Jejune indictee, some street dance crew members, masked mimes dressed in black unitards and even a Sasquatch. Yes, a Sasquatch.

McCall himself was recruited to edit videos for the Institute, through an ad on Craigslist and he found the story fascinating enough to want to make a film. The experiment, this citywide, human game-slash-art-project lasted three years and more than 10,000 people participated. Some of the interviews with former inductees are insightful, while others touching, highlighting our need as humans for deeper connections. Like the portrait of Kiyomi Tanouye that emerges midway, that of a girl in desperate need to believe in something, anything.

Throughout this citywide experiment, the Jejune Institute put out -- and McCall edited -- dozens of videos, which were meant to explore their technological advances, from "Poly Water" to "Time Cameras", from "Vital Orbit Human Force Fields" to "The Algorithm". This last meant to "reduce all conflicts, violence and heartbreak." You can see where that concept would be appealing to just about anyone, in today's world.

While I can say that The Institute is a well-made film, born out of a groundbreaking social experiment, I still can't say I totally get it, completely. Actually, in the same mood as the project, I'd like to start my own research and if anybody reading this piece can explain the film, or the Jejune Institute, or its principles, I'd be eternally grateful. To show my appreciation, I would try to find The Algorithm and some Poly Water to gift to you... And have it all delivered by a Sasquatch.

The Institute Trailer from Spencer McCall on Vimeo.

The Institute opens in San Francisco on October 4th and in NYC and LA on October 11th. Check out venues and schedules on the film's website.