As you may or may not have heard, there is a movement currently fomenting on college campuses that has evolved into a protest against being offended. Yes, you read correctly, those wacky millennials are at it again, and this time they are targeting an edict that most people assumed was at the core of their beliefs - the absolute right of free speech.

This whole brouhaha began a few weeks ago with an innocuous email sent out by staff members at Yale University. The faculty there decided it might be a good idea to remind the student body that Halloween was a time when people sometimes made costume choices that seemed campy, clever, and timely apropos, yet were actually horribly racist and quite disturbing to others. The email was written, in part, to help avoid the Halloween controversies of years past, and in the message, specific things like blackface, redface, feathered headdresses, turbans, wearing war paint and modifying skin tone were mentioned by name. The email then went on to say that these examples of "cultural appropriation and/or misrepresentation," were becoming more and more common lately, and representations of "Asians and Latinos" seem to be the targets du jour. The friendly warning was sent out as a mass student e-mail, and, surprise, surprise, before long, a firestorm had erupted.

At first, it seemed like most people agreed with the sentiments put forth in the communique, and all was right with the world. Suddenly, though, a member of the faculty named Erika Christakis took a decidedly different position. She maintained that the email was a form of attempted censorship, and that students in colleges across the country had traditionally pushed the boundaries of good taste on Halloween, and costumes that might be a "little bit inappropriate or provocative" were part of Halloween at college in the U.S. She also said that American Universities had always been a safe space for "maturation and a transgressive experience." In other words, American Colleges were often the places were they said the things no one else wanted to say, and talked about the things no one else wanted to hear, and, frankly, I tend to agree. Unfortunately, there was a very large contingent of students who did not agree, and they took to "the quad" in protest. As always seems to happen these days, a movement was born, and when a video of one of the participants surfaced, a female student on a diatribe against a member of the Yale faculty, the whole thing went viral.

So, here we are with a debate about free speech and the limits of the first amendment dumped into our laps, and while there are many salient points I'd love to make, there is one idea that keeps eating up all my bandwidth -- the glaring, unavoidable, delicious irony that virtually smothers this entire case like frosting on a donut made of entitlement. I mean, the only thing more ironic than some of the concepts at play here would be if someone wrote a song about ironies that actually had no ironies in it at all (Alanis, respect). Let's dissect the sides a bit and discuss why the satire here is so scrumptious.

One of the protestors' claims is that they have a right to feel safe and not be offended at all while living at the school, which is technically their home. This is a claim that, on first glance, may seem reasonable - at least in part. I mean, who doesn't want to be able to sit in their home and be sure that someone isn't going to walk in and start calling them "fat fat fatty fatso." Especially when it's only a few extra pounds (it's winter!) There's just one problem with that - the first amendment proffers no right to feel safe, no right to not be offended, and certainly no provision to punish people who make unpopular speech. In fact, it is quite the opposite. The first amendment protects philanthropists and pedophiles alike, and makes a special provision for unpopular speech by specifically setting out rights for citizens to "petition the government for a redress of grievances." In plain language, the first amendment does not give you the right not to be offended or not to be mocked, and the fact that these people are using the first amendment to, in essence, advocate censorship, is one of those perfect ironies that seldom comes along in this life. 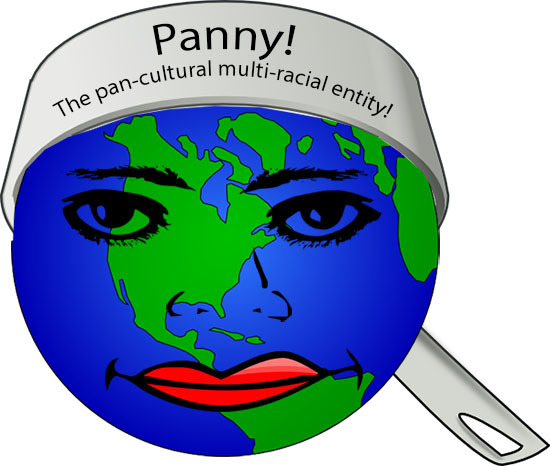 I hate to sound like an old codger, but this generation appears to have decided that when they don't like something it's your fault, no theirs, and it's not just at Yale - it's all over. Nary a day goes by without some news report about a millennial who has taken great offense to something that was clearly never meant to offend. Whether it's Mother Theresa for believing in outdated gender stereotypes, a World War II hero who represented a bloated military industrial complex, or the Pope, who is, apparently, a liar, it seems impossible to hold an event of any significance without some pork-pie-hat wearing do-gooder taking offense. So, they protest, cry, write letters, yell, gather, chant, make signs, and generally become a nuisance until someone pays attention, and now, in an amazing twist worthy of Hitchcock, these people are actually protesting free speech.

Protesting is part of being American, no one disputes that, but this new generation of protestors acts as if it's their God given right to be as presumptuous as they need to be in order to get their message heard. Yelling over others? Check. Disrupting events? Check. Turning their crusade into a scheme for blackmail? Double cha-ching check. College-age students are acting like petulant children and the similarities to the old "give me what I want or else I'm going to throw a tantrum," ploy are both striking and disconcerting. Maybe we just need to send in a stern mother-type figure that threatens to give time-outs and take away iPhones to end this spate of nonsensical outcry. After all, it is our mess, and it's time to clean it up. This generation was shielded from life's most harsh and inequitable consequences, and never had to deal with anything they didn't like. Helicopter parenting, quick-draw bottled water, and incessant, inane hand sanitizing, have created monsters that believe real life is supposed to be fair, and that if you ever feel hurt or uncomfortable it's everyone else's fault. Unfortunately, no one wants to take these people on for fear of alienating an entire generation. It's the perfect storm of entitlement and cowardice, and the participants have somehow turned college campuses into a place where freedom of speech is something to be feared and hated.

So, in order to help those like myself who can't seem to get along in this world of selfies (pictures) and kale (garnish), I have re-written the Halloween e-mail that sparked this whole controversy so that it does not offend any person, animal, vegetable, mineral, or robot (machines are people, too). I hope you find it helpful, and for the millennials who will eventually inherit this world, please remember me when you begin rounding up the non-believers. And also the believers. As always, all praise to the oversensitive one, who drinks his half-caf-soy-no-foam-2-pump-latte at the right hand of the helicopter father, in his kingdom furnished by Restoration Hardware.

I write to you this day to speak about the upcoming non-denominational end-of-October happening that may or may not result in some of your fellow classpeople donning outfits which may or may not constitute a divergence from the normal fare that said classpeople might choose to wear on a regular basis, but by no means does choosing to do so or not do so make said classpeople any less valuable or capable in the eyes of your university.

That being said, the staff and faculty of this university, an august, multi-cultural, pan-racial, and multi-sexually-oriented body, would like to respectfully and sensitively remind the classpeople of this university that the non-denominational end-of-October happening may or may not be a time of frivolity for some, and to those classpeople who do choose to experience the said event, we would like to ask, not demand in any way shape or form, that the outfits you may or may not choose to wear represent the culturally, racially, sexually, and religiously sensitive attitudes that we here at So. P.C. (Southern Palmer Curtis University), so proudly uphold. Bear in mind that even something as innocuous as a brightly colored scarf can offend (the antilumichromonists), so if you do decide to participate in the end-of-October happening, consider our pre-approved event outfit: A t-shirt with one pixel of all 16 billion colors, a pair of black pants, a white hat, clear recycled plastic gloves, and shoes made of the gently, non-caustically, leathered scrotum of a Yak that died of natural causes . Above all else, remember this: at So. P.C., it is your God-or-other-cosmic-deity-or-no-one-at-all given right to not be offended by someone else's speech, just as you believe our first-amendment states!