At my age living in an apartment is frowned upon. I'm too young to "downsize," and I'm too old to be slumming it. I should be presiding over my large, four-bedroom estate. I should really have room for grown children to move in when their plans change at the drop of a hat. I should have bedrooms waiting for those future grandchildren. Something must have gone terribly wrong.

Oh, right. I got divorced.

Even if your divorce is planned and expected there are unpredictable variables. One of those variables is moving or downsizing. You might move once or you might move three times before you "settle down." I've moved three times since my divorce. and we hope to move again in the next year or two. Pack light. Be ready for anything. When was the last time you felt that unpredictable?

As much as I loved my house I bought after my divorce, I was overwhelmed at times with the maintenance and upkeep. It was a four bedroom home. It was quite a bit smaller than my matrimonial home but inevitably, it was a fair amount of work and cost to live in.

Once in a while I miss that house. I loved the backyard with the enormous trees, offering shelter in the summer and shimmering snow blankets in the winter. It was cozy. I used to sit out on my patio with a coffee and listen to the leaves rustle in the gentle breeze or catch the last bit of sun dappling through at the end of the day.

But when I began a long-distance relationship, it was overwhelming to return home after a few days away to a yard that had sprouted weeds and grass seemingly grown a foot in my absence. The children being with me only half the time meant that they were less than enthusiastic about helping out with household chores. As much as I tried to enforce their chore schedule it all became quite a burden.

The lesson? Owning a home as a single woman is a rather hefty commitment. If you're there ALL the time it might be doable. If your kids are there ALL the time, it probably makes sense to live in a home that will accommodate the needs of all family members.

Fast forward five years, and I'm living in an apartment. "Wait, why didn't you buy a home and why are you renting?" you might be wondering. Renting is a dirty word, unfortunately. No matter how much it makes sense especially in a city with a housing market "bubble" there is still a stigma attached to it. "Only poor people rent." Let's debunk that myth.

I guess you could say I traded in my status and image for reality and common sense. We live in one of the highest-priced housing markets in the world so for now, we are apartment happy. Not always apartment proud, but happy nonetheless.

I'm actually enjoying apartment living. I don't have to worry about roof replacement, hardwood floor refinishing, broken hot water tanks nor yards that are out of control. I don't have any property taxes to pay, or strata fees, which can both eat away at your equity. You know what? Living without the responsibility of a house is not so bad.

I like that I hardly go a day without seeing a neighbor. Sometimes I recognize the dog before the person. I see the elderly, sharp-dressed man from down the hall, on his way out to do his errands. He wears a bow tie everyday. He'll give me a smile and he's always whistling while he walks. He's over 80 years old. I know if I need something I can find someone close by to help. Living in an apartment gives a whole new meaning to community. I feel safe.

Nonetheless, we bank much of our image on our homes so without one, what are we? For example, how many times have you been to a friend's house and they want to give you the "tour." They want to show you their stuff, their style and I don't blame them. They're houseproud. I know a few men who actually changed their demeanor once they purchased and moved into their new home. They became the king of their castle, and that's a nice way of saying a**hat. The fact is though, houses are only a physical representation of our lives. A house has no feelings or attachments. It doesn't love us back. Walls really don't talk, and that's probably a good thing. Even so, we believe a house being one of our assets, tell much about our status.

Meantime, living in an apartment has not only been necessary in our real estate market but a learning curve for me. My kitchen is the same size as my pantry was in my marital home. It's tiny. When my Son was out at Christmas he said "Mom, how are you going to cook a turkey dinner in here?" We both laughed as I answered "no problem." The trick is to not let any stragglers enter the kitchen during cooking time. "Out! Shoo!"

Sometimes I have to remind myself that being here in this place, is a blessing for now. When it's time we'll be in our home with our yard, garden and flowers maybe even a cat or a dog. I won't be giving my friends a house tour though because they will be there to see us and not the house.

For now I'll look back on these apartment days fondly and remember how I made a temporary place our 'home'. I'll appreciate how the sun hits the chairs in spring, how we get the sunset in the summer and how I decorated the fireplace for Christmas in December. You see, what I've learned is downsizing isn't all bad. Our self worth isn't completely wrapped up in the square footage or our homes. 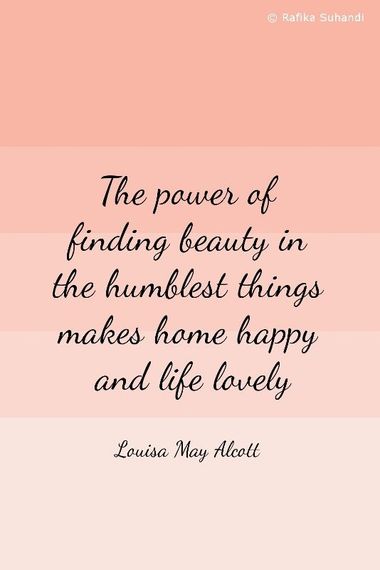 The sounds and smells of apartment living will be forever burned on my memory as some of the best times of my life. It really is true then, home is where the heart is.