Theory is one thing, practice is another.

I could write all day about aging in place and downsizing.

Hey, wait. I have written all day about aging in place and downsizing. Then I actually downsized. And moved. And lived in a hotel for a month in between. It was all such a hassle that all I could think was, "No wonder people put this off!"

So if it was hard for me and mine, getting older but not yet old, imagine how hard it is for people whose reason and relatives tell them they can't make their current homes work any longer -- even with the kinds of modifications described in my book. The thought of moving is overwhelming. They have settled in longer and put down roots; they know and need their doctors; and they don't know where they'd want to go or if they could afford it. For them, the weight of inertia is a comforting blanket...and inertia doesn't require you to clean out the basement, hire a mover, or take a chance on the unknown.

Now that the boxes are (mostly) emptied and things are (somewhat) in order, I want to share some things that I learned about the not-so-simple act of moving "stuff" through a summer that brought me, my family and our belongings from a too-big place in suburban sprawl to a just-right place in a college town. Maybe they'll help you, or help you help a friend or family member who is trying to figure out what to do. At the least, be sympathetic: Moving is a major upheaval.

Above all, if you can, plan. Time is your ally for just about every aspect of a transition. If possible, separate the material aspect of a home transition into the Five Stages of Stuff: 1. Organizing stuff. 2. Getting rid of stuff. 3. Packing stuff. 4. Moving stuff. 5. Unpacking stuff. The first four stages will likely each take a lot longer and require a lot more thought than the fifth.

Give each stage plenty of time and keep them as separate as possible. This means generally organizing stuff starting today or this weekend, if you have even the tiniest inkling that you may at some point move. If you organize your stuff first, it'll be easier to sort between the keepers and the rest (donate, sell, recycle, trash...).

Then, getting rid of stuff (donate, sell, recycle, trash) will help you to avoid packing and moving things you do not want. That's costly and kind of embarrassing, and you'll still have to deal with it at the other end. It takes time to decide on what you want to keep and determine the destinations for the rest, so allow plenty of time for this stage. Our excess belongings went everywhere from the local high school to Habitat for Humanity, from the local branch of a popular thrift store to the hazardous waste depot. To protect the water supply, leftover pills went to the take-back program at the pharmacy. I sold things through Craigslist well in advance, and hacked our old treadmill to pieces so we could put it on the curb. Someone picked up the pieces within hours, perhaps to sell as scrap metal.

One trick is to close off one or two of your less-used rooms. Strip them bare and pretend they don't exist. That may be, for example, a formal dining room or living room, or a guest room. Close off an extra bathroom, if you have one. Emptying rooms will give you a sense of how much living space you truly need. Plus, that empty floor space will come in handy later for storing giveaways and moving boxes.

You also don't want to be still packing up on moving day, though inevitably there's something left over (in my case, the tin of loose change and my daughter's childhood rock collection).

If you've organized, gotten rid of stuff and emptied rooms, congratulations. Even if you never went anywhere, you've already downsized in a way, and probably created a safer, more streamlined and functional home that better meets your current needs.

If you do proceed to move, then your next step is obvious. Packing stuff is a mechanical act. It can't be hurried, at least not without risking breakage, loss or confusion about contents and placement. I'll agree with professional movers on the necessity of good packing materials, including thick-walled dish pack cartons and blank newsprint for packing paper. Load up: You'll need more than you think. The packing process can be done many ways: all by you, all by a mover, or by some combination thereof. It's not all or nothing.

We were very lucky to find a fine fellow who packs stuff on the side for extra cash. His rate was lower than that of a mover and he did a better job. We packed the easier stuff ourselves: books, clothes, linens. He packed anything that might break including framed art, media and computer equipment, and most of the things in our basement, from hardware to holiday items, from pillows and puzzles to the pantry.

Allow enough time to properly label boxes for contents and/or destination, via purchased or self-made stickers and/or the use of a big fat marker.

Once you have organized, discarded and packed, the next stage is moving stuff. Again, there are many more choices available these days, from the use of traditional moving vans to rental trucks and storage "pods." There are even movers specializing in "senior moves." You will know what's right for you.

We couldn't apply a key lesson from earlier moves to this one: Arrange for household overlap if possible. It's extremely helpful, and usually worth the expense, to move into your new place before you have to vacate the old place. You can bring things over yourself if the distance is short, and put them away. You can start to relax in your new place before you finish cleaning out your old place.

This summer, we did the opposite but not by choice. We had to spend a gap month somewhere, and it wasn't going to be cruising the world; we had to work. The options were to rent short-term housing (available in a college town) or stay in a long-stay hotel. We opted for the latter. Making use of a suites hotel in our new area gave us some buffer time to familiarize ourselves with our new surroundings before we had to grapple with unpacking. The free breakfast didn't hurt. Still, given my druthers, I'd have overlap. And for older people, two relocations might be way too disorienting. The word "unsettling" was invented for a reason.

In any case, should enough time and attention be given to the organizing, discarding and packing Stages of Stuff, moving said Stuff should be less stressful.

The fifth and final stage, unpacking stuff, can go according to your own schedule. If you took time with the first four stages, you will know what you have, where it's going to go and why. If you measured your furniture and drew room layouts to scale for your new home, you can direct the movers more efficiently and not have to rearrange the heavy pieces yourself later. Signs and layouts on the room doors or key walls can help the movers to position furniture and rugs correctly. Properly labeled and directed cartons will spare you from having to haul heavy items up and down the stairs.

What did I learn in this final stage? That we still have too much stuff. That no matter how much you think you got rid of, on moving day it's still too much. The coming winter weekends are now reserved for hot cocoa, the slow cooker, and going through old paper files and way-too-many breakables. Last lesson: It's costly and time-consuming to pack ceramics and glass, and breakables are, uh, more easily broken.

Knowing that you can manage the Five Stages of Stuff can reduce the stress of moving and leave more energy and time for the important emotional and mental work that go with any relocation. Although it can't make it easy, thoughtful management over time can make moving easier than it might otherwise be. 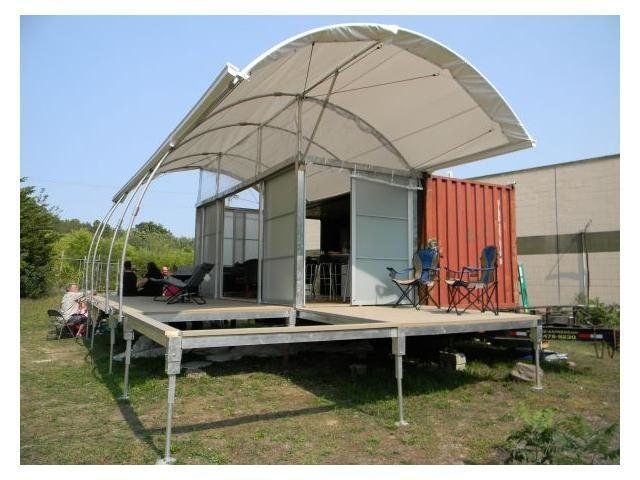