Last year, "Downton Abbey" was submitted in the Outstanding Miniseries or Made for Television Movie category, which it easily won, but this year it's up against some major competition in the Outstanding Drama category, including newcomer "Homeland," favorites "Breaking Bad," "Game of Thrones" and "Boardwalk Empire" and the category's reigning champion, AMC's "Mad Men," which has won four years running.

"Downton's" submission as a drama series shook up a lot of the acting categories -- last year, Maggie Smith won Outstanding Supporting Actress in a Miniseries or Movie for playing the Dowager Countess (note: Elizabeth McGovern was also nominated last year as Lead Actress, but did not receive a nomination this year), but this year's five new contenders for the acting categories bumped some familiar Emmy faces from the race.

Most notable? "Mad Men" star John Slattery, a.k.a. Roger Sterling, who was missing from this year's Supporting Actor in a Drama Series category for the first time in the show's history. "Mad Men's" Jared Harris did get a nomination in that category -- his first, for a truly phenomenal final season on the show -- but it was the two nominee newcomers of "Downton" that edged Slattery out of the race.

Another snub, possibly caused by all the "Downton" love: Hugh Laurie did not receive a nomination for Best Actor for the final season of "House," even though he had been nominated every year for the previous six seasons of the show. Another Hugh, Mr. Bonneville, was honored with a nomination in the category this year.

In the Best Supporting Actress category, neither Kelly Macdonald ("Boardwalk Empire") nor Michelle Forbes ("The Killing") received a repeat nomination this year, and last year's winner Margo Martindale ("Justified") was not eligible this year, leaving slots open for the two "Downton" ladies.

In total, "Downton Abbey" received 16 Emmy nominations this year. What's your take: Does the show deserve all the love? 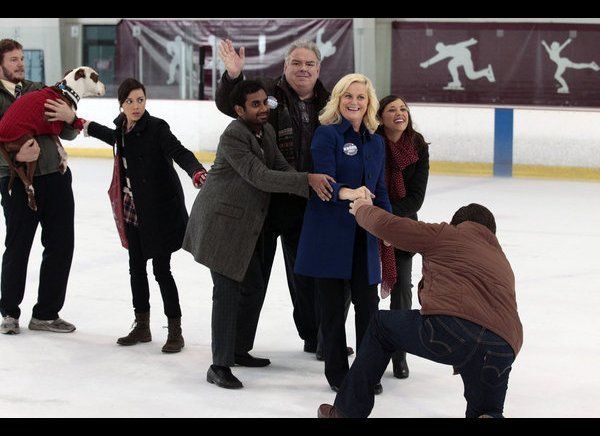 1 / 28
Snub: "Parks & Recreation"
Although leading lady Amy Poehler nabbed an Outstanding Actress in a Comedy nomination, the beloved NBC ensemble comedy, which really hit its stride in Season 4 as Leslie ran for Pawnee city council, was passed over by the likes of "Veep" in the Outstanding Comedy Series category.
NBC