"Downton Abbey" isn't ending just yet, but producers have a vision of when the finale will be.

In a new interview with The Hollywood Reporter, producer Gareth Neame said he doesn't see the show lasting for 10 years.

"We have to balance between continuing to make it for audiences around the world that adore it and making sure that we don't take it too far … which is not now and not next year, but likely five years or six years, not 10 years," Neame said when asked about how long the series can continue.

After the success of "Downton Abbey" Season 2 in the US and production on Season 3 was well under way, news broke that much of the cast was signed for Seasons 4 and 5 of the cross-over hit series. One name was left off the list: Maggie Smith. After much speculation, Masterpiece downplayed the reports of her departure, but "Downton" creator Julian Fellowes told TVLine Smith isn't contracted for Season 4.

“I can’t tell you, ‘Oh, yes, she’s definitely contracted [for Season 4] -- because she isn't,” Fellowes said. “It’s entirely up to her when she stays and when she goes ... But as far as I’m concerned, I hope she stays with the show until Downton falls down.”

When "Downton Abbey" Season 3 kicks off, look for Smith's Dowager Countess to spar with Martha, played by Shirley MacLaine. MacLaine recently told members of the press she and Smith had met previously. "Well, we were lovers in another life," she said during a Television Critics Association Summer Press Tour panel.

Neame told THR that MacLaine was on a short-list to play Martha, Lady Cora's mother.

"We had approached her, and she had already seen the show and loved it," he said. "Having Maggie Smith in that part, you had to have an American actress of similar weight. And actually, there isn't a huge list. We spoke to her publicist, and her publicist said, 'If she doesn't agree to do this, then I quit.'"

For more on "Downton Abbey," including which famous film actress has approached producers about appearing on the series, click over to THR. "Downton Abbey" recently scored numerous Emmy nominations. See what the stars had to see about their honors by clicking through the slideshow below. 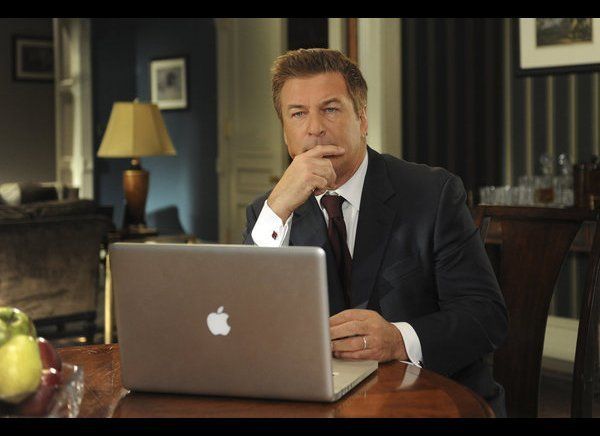 1 / 37
Alec Baldwin, "30 Rock" - Outstanding Lead Actor In A Comedy Series
"As the show enters its last season, I'm gratified to be nominated again by the Academy."
NBC