Spoiler alert: Do not read on if you have not yet seen Season 4, Episode 2 of PBS's Downton Abbey. 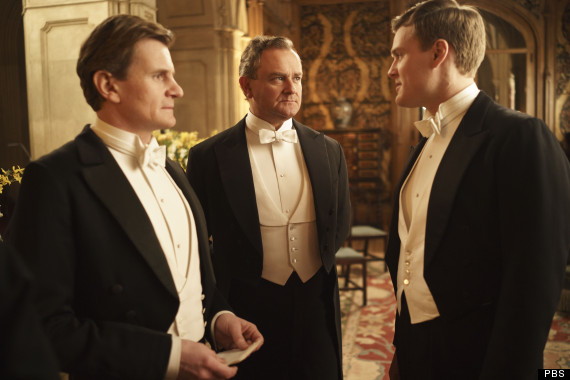 Thanks to a three-month U.S. lag time, the second and controversial episode of Season 4's Downton Abbey has already broken the Internet across the pond. And if you've been holding your hands to your ears to avoid spoiler alerts, now you know why. By all means, it should have been a cheerful episode: Downton hosts a party; Mary's new love interest, the dashingly handsome Lord Gillingham, visits; and music blares through the Abbey for the first time, both in the form of a gramophone and a bawdy female opera singer with shades of Anjelica Huston. But new faces also mean new predators at Downton, which has thus far portrayed a rather sugar-coated version of the upstairs-downstairs class dynamic that prevailed in elite British society in the opening decades of the 20th century.

(Warning: the next two paragraphs may be inappropriate for younger readers.)

Anna (Joanne Froggatt) enjoys a mild flirtation with the valet of visiting Gillingham; and at first, Mr. Green appears charismatic, charming, the life of the party, incessantly interested. Of course, Mr. Bates isn't too keen on this Mr. Green person; he pads around the house with a forlorn look on his face, his chipmunk cheeks quivering in rage as he shouts "ANNA!" at the kitchen staff room in an effort to snap her out of it. Perhaps Anna was flattered by the male attention, or perhaps she lost herself in the thrill of playing that weirdly hysterical game of cards; either way, none of it could have prepared us for what was to come next. As opera singer Dame Nelli Melba performs for the household, Anna excuses herself to procure some headache medicine downstairs. Mr. Green, acutely aware of his opportunity, follows her, then violently attacks her and rapes her.

Writer and producer Julian Fellowes thankfully cuts out of the scene early, but not before Mr. Green punches her. Where does poor Anna go from here? Ashamed and battered, she hides in Mrs. Hughes' room, only to make the older head housekeeper promise not to tell Mr. Bates or anyone else in the house about the rape. Even if we buy Anna's reasoning -- that Mr. Bates is a previously tried criminal, and that he would likely get arrested again for attacking Mr. Green -- what was more depressing about this entire situation is the utter lack of places Anna has to go with her information. What rights did lady's maids in the early 1900s have? What job prospects would she have in the future with a rape scandal attached to her name? Anna knows it more than the millennial viewer does: Revealing her rape would scarcely accomplish anything but more scandal. In the worst scene from the episode, Anna is forced to wave goodnight to her sadistic attacker even as she shields her battered face from her worried husband. 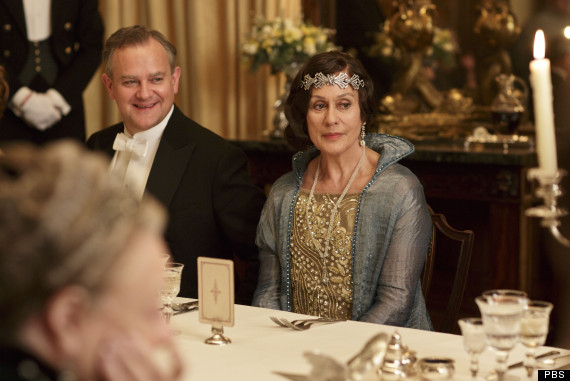 Meanwhile, Lord Grantham continues to be an insufferable jerk to everyone around him. His pretentious airs and refusal to acknowledge changing times have almost become the punchline of the show, such as when Cora reprimands her husband for allowing their guest -- a world-class opera singer who has indeed been honored by the King -- to dine alone in her room, because she is "beneath" them class-wise. "Am I the only member of this family that lives in the 20th century?" Cora asks the room. Grantham then blames Mr. Carson for this oversight, Mr. Carson being the only person at Downton who is more classist and old-fashioned than the Lord himself. But at dinner, Lord Grantham can't help but making a snide comment to Dame Nelli Melba as she remarks on the lovely claret wine they are being served, revealing she's a oenophile. "This is going to be a lot less uphill than I thought," he says, because obviously that's the classy thing to say to a world-class musician you've asked to perform at your house. Dame Melba smiles, because she knows the joke's on the Lord: she has likely been thinking the same thing.

The party at least brings joy to the three unmarried ladies of the house, each whom end up with a partner for the duration of the visit (suddenly, "Downton" is beginning to feel like a script ripped out of a Jane Austen novel). Teenage Rose makes doe eyes with one of the strapping young men visiting the house, then dances with him boldly. Even Mary cracks a smile for the first time in the presence Gillingham (Tom Cullen), who pursues Mary over a rather awkward horseback ride in the country. Gillingham is engaged to be married but that doesn't stop him from staring at Mary longingly after she runs away in tears when she realizes a gramophone playing music belonged to her beloved Matthew.

Finally, Edith proudly flaunts her older boyfriend, Michael Gregson, at the house party, even though no one appears particularly interested in getting to know The Sketch magazine editor. She parades him around the house in front of Lord Grantham, who avoids eye contact with Gregson like the master prick he is. But the show throws us a major curveball when we realize that Gregson isn't a poker-playing schmuck but an excellent cheater who skillfully wins back all of the IOUs the Downton men have lost at the table. While winning him Lord Grantham's favor, the move makes us even more suspicious about the other sleight-of-hand tricks the slick Gregson may have stored up his sleeve. What kind of trouble is the magazine editor in that he so desperately seeks to defect to Germany, and bring along a rich, young and naive bride with him? A very bad surprise seems in store for Edith, and I'm not just talking about WWII.

Speaking of bad things in store... We knew the moment that Edna Braithwaite returned to Downton that she would attempt some foolery with Tom, the widower of the Crawley family's beloved sister and daughter Sybil. Insecure about not knowing the difference between "Duchess" and "Countess," our Tom has taken to drinking whiskey and ends up retiring to his bedroom very, very drunk -- which is precisely the moment that Braithwaite ends up sneaking into his room. Ugh. We saw this storyline coming, but it doesn't mean we can't hate it.