With the Season 5 finale of "Downton Abbey" on Sunday night, we said farewell to our vaguely high brow soap opera. It was a bumpy season, one that started off on fire and saw its way through more bigotry, marriage, eavesdropping and prison time for the Bateses. HuffPost Entertainment spoke with executive producer Gareth Neame to go over these last few years on the estate and find out what we can expect when the Crawleys move further into the 1900s come Season 6.

Thomas was as conniving as ever in these final few episodes. What's in store for him? Can you ever see him having a fully fleshed out, requited love interest?
Yes, it's very interesting to a modern audience, particularly to a younger audience to see a character like Thomas living that life all those years ago. It would be illegal and subject to execution. It requires secrecy and it's really interesting to explore that. He is stuck in a very unhappy place, as other characters are in different ways. Tom Branson is stuck in an uncomfortable place, because he is neither from the upstairs family nor is he now one of the servants. Edith is stuck because she's not married, she doesn't have the man she loved, she has a child. So many characters are placed in real extremes in the show and Thomas is one. I wouldn't rule out the idea that it would be love for him one day.

Poor Edith. She's such a strong, feminist force in the show and yet, at least in terms of fan reactions, consistently unlikeable. Is that deliberate?
I don't think she's unlikeable, but I'm aware that some of the fans find her annoying and find some of the things that she does annoying. I think part of it is that she's so unlucky. Most people in life are evenly weighted between good and bad luck. In Edith's case, she just gets a lot of a latter. But let's hope that eventually things come around for her.

The love story between Mrs. Hughes and Carson has been such a slow-burn build up to last night's proposal -- and yet we haven't really even seen them on a proper date. Did you always expect their narrative to turn romantic?
It wasn't always a game plan from the beginning. It was more how the characters developed, and seeing how Jim [Carter] and Phyllis [Logan] play those roles, and getting a sense of what the audience enjoyed seeing from them. The thought was not always to have them as a married couple. We had that little flirtation between them at the end of the previous season. So, it felt right at the end of this season to have him pop the question.

Another major reveal from the finale was Anna's freedom. It seems her horrific rape storyline is on pause for now, though she is far from being tortured (and potentially imprisoned) by it.
I think what's important with her storyline is that we haven't just brushed it away in a couple of episodes and pretended that it never happened. She was clearly a victim with a rape perpetrated on her by a character who turned out to be very complex. And then he's gone. This has been a very big thing in their lives and the specter of Mr. Green still hangs over her and Bates. Although they have some respite and have been reunited, their problems are not through and they will be carried over into the next season. 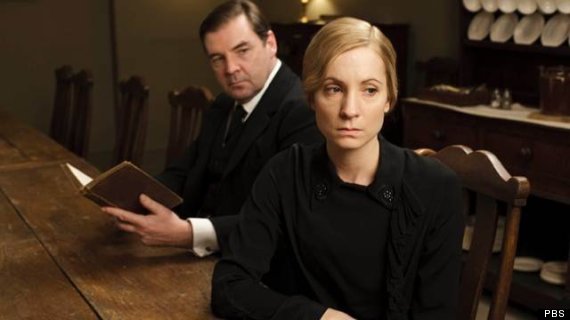 Have mercy on the Bateses! How do you think about dealing with such violent subject matter? Where does the responsibility lie in dealing with fictional rape?
In a lot of stories on "Downton" we're showing how these people are surprisingly similar to us. Their humanity is basically identical, but the mores of society, the conduct particular to that environment is very alien to the way people alive today. I think that is true more so in the Anna rape storyline, where it would be a stain on her character for it to be revealed. That's a disgraceful thing to imagine, that one could be a victim of such a crime and still feel her own guilt. We know women do to this day around the world. They certainly did at that time.

Oh, well. That would have been a fun thing: Lady Mary, the murderer. What does Season 6 look like for her? Henry Talbot really threw her love triangle off track.
Well, he left the show in the episode. I guess there's the sort of suspicion that maybe we will see him at some place in the future. But there's an awfully long way for that relationship to go. We know that Mary has taken her time in deciding where to settling down in the future, so we'll just have to see what happens there. 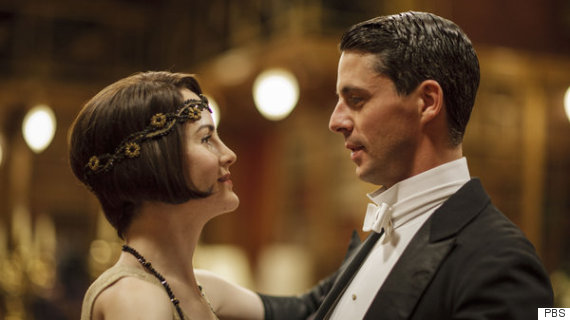 Now that Rose has been married off she'll be less of a presence. Lily James (Rose) has lent a lot of energy to the estate's dynamic. Where will that come from now that she's gone?
Well, the character isn't dead. The character is married off. And she's a cousin, she's a little more distant. But having said that, the important energy of the show is that you have a core cast as the heart of the show. Every season you have some new arrivals and some people departing. It's that turnover that makes it all feel very fresh. So, after having enjoyed her antics for a few years, it feels good that she's about to get on with her marriage. We'll see whether she comes back or others arrive. We have all that to look forward to.

And now Maggie Smith might be leaving.*
Maggie has only ever been hired on to the show on a year-by-year basis and I haven't seen the interview, so I can't speak to that.

Fair enough. But, hypothetically, if you had to pick a way to send her off right now, what would you want the Dowager's farewell scene to be?
I think if we were unfortunate enough to have Maggie leave the show at any point then she will go off and live by the seaside, in case she ever changed her mind and decided to come back.

* Smith's publicist has since said that the star would stay on "Downton Abbey" until the show ended.