Now here's a Downton Abbey faceoff none of us would have foreseen in our most feverish dreams.

That Lady Mary. That Mrs. Hughes. 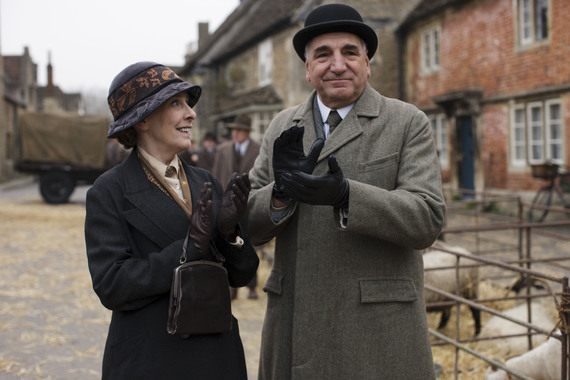 Okay, all we really got on Sunday's second episode of the final season was one snippy passing reference from Mrs. Hughes, an incidental aside about "the sainted Lady Mary."

But given that Mrs. Hughes has been such a dutifully respectful servant for five seasons, this hint that she might harbor a tiny speck of resentment is as startling as if she had challenged Lady Mary to a steel cage death match.

Sunday's flashpoint came after Mrs. Hughes and Carson got past that pesky sex business and set a date for their wedding.

When Carson relayed this to the Crawleys, Lord Grantham said he would have the servants' hall decorated for a wedding party. It was a well-intended offer that everyone else, including Cora and Lady Mary, recognized as awkwardly condescending.

By the standards of traditional real-life relationships between British aristocrats and servants, Lord Grantham was in fact being generous. But the Crawleys have always been portrayed as close to the long-time staff, forming genuine personal relationships.

As Mary pointed out, Carson had been employed at Downton for a half century, since arriving as a junior footman. She personally likes and trusts more than most of her blood relatives. Yes, that means you, Edith.

Still, even in Mary's case that affection stops short of regarding Carson as family - a point reinforced in Season 4 when Carson suggested she needed to snap out of it after Matthew's death. She snapped back that he was being impertinent, and while she later retracted the word, she couldn't retract the subtext that he was from a class that was not entitled to that level of intimate connection.

Carson, of course, has always assumed it is. So it may have surprised him when Mrs. Hughes added, "I don't want to feel like a servant on my wedding day."

Meanwhile, the Crawley women overruled Lord Grantham, not for the first time, and told Carson the wedding could be held in the regular Downton hall and ballroom. Carson said that was generous and he would relay the restructured offer to Mrs. Hughes.

Mary, feeling a suddenly heightened level of investment in the affair, said that of course Mrs. Hughes would be delighted. The wedding would be held in the Great Hall, said Mary, "if it's the last thing I do."

Perhaps Mary just liked the idea of a simple, uncomplicated engagement and wedding, concepts she has had some trouble implementing. 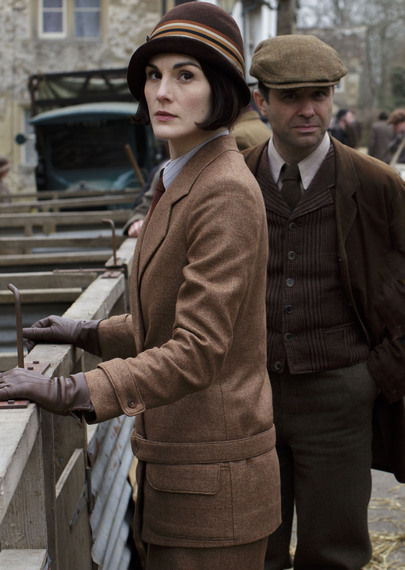 Whatever the motivation, Mrs. Hughes was unmoved. She wanted the wedding somewhere else, anywhere else.

They own us every day of our lives, she told Carson. Once we get married, you will make the decisions in our own lives for the next 30 years.

Carson gently tried to steer her back by invoking Lady Mary, to which Mrs. Hughes countered that well, this might be the one time when "the blessed Lady Mary" didn't get her way.

Nor was Mrs. Hughes the only servant to feel stirrings of rebellion.

Daisy, still fuming over Mr. Mason losing his tenancy at the neighboring estate, wangled a one-on-one with Cora, asking if she could do anything to help.

Cora said that while she sympathized, the answer was probably no.

Back downstairs, Daisy was still grumbling when Mrs. Patmore suggested that Cora wasn't the enemy.

Amazing what a few sessions with Miss Bunting can do for a girl's political consciousness.

Cora did say that she might have an idea on the Mr. Mason situation, though she didn't spell it out. That wasn't much consolation to Daisy, though we viewers know characters don't say something like that if it isn't leading somewhere.

One possibility for Mr. Mason might be to profit from the misery of someone else, specifically his fellow tenant farmer Mr. Drewe, who took in Marigold as a favor to Edith back when they thought they could hide the kid in plain sight.

Secrecy didn't work out any better here than it did with other Downton secrets, even the ones that were 50 years old. Just ask Violet, that minx. In the Edith/Drewe case, we knew eventually someone was going to have to pay and naturally it didn't turn out to be the rich folks.

The final chapter started when Cora naively suggested that Mary and Edith might want to take George and Marigold to see a couple of Drewe's pigs, who were to be Downton's entry in a livestock show.

Kids love animals, right? And sure enough, George came back telling Mary that when he grew up, he wanted to be a pig farmer. 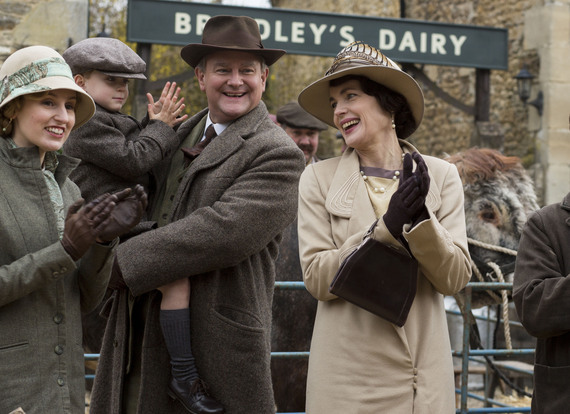 Edith begged off, diplomatically hoping to avoid the still-resentful Margie Drewe. But she couldn't keep Marigold from going, and sure enough, Margie immediately moved to rebond.

This led Lord Grantham to suggest perhaps the Drewe family should leave and go someplace where Margie would never have to see Marigold.

Mr. Drewe pointed out that Drewes had been farming this land "since before Waterloo," an inadvertently appropriate reference.

"Don't push us out," he said to Lord Grantham.

Lord Grantham agreed, and the peace endured for a few hours until the Crawleys went to the show where Drewe was exhibiting the pigs.

Margie took the opportunity to snatch Marigold, bringing her back to the Drewe house. They weren't gone for long, and Mr. Drewe assured Margie he didn't blame her for her maternal feelings. He also told Lord Grantham he would be looking for a new tenancy first thing the next morning.

It was all quite unfair, everyone agreed - even people who didn't know that Drewe was only in this position because Edith had tried to perpetrate a massive deception on her family.

Still, pitching the Drewes out onto the street was "for the best."

And anyone wonders why the masses were restless?

In other business Sunday, Evil Thomas applied for a job at a different house, having gotten no encouragement from Carson about his future prospects at Downton.

He was told the new job for which he was applying included the duties of footman, valet and chauffeur.

"You're looking for a one-man band," he cracked. When he got back to Downton, he mused that in his spare time, he'd probably have had to cook as well.

Almost a century later, it's really hard to imagine a world in which fewer employees would have to work harder to get the same amount of work done. 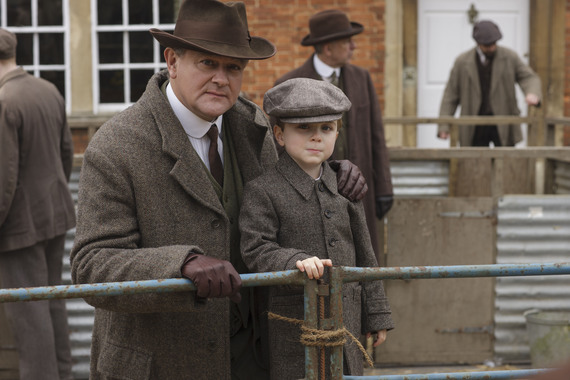 And speaking of employees, Edith met with her disgruntled London editor, the one who doesn't like working for a woman, and mused afterwards that his agenda was to "bite my nose off. . . . I didn't want to find myself in the bull ring with Attila the Hun."

Nor was Edith the only Crawley sister to experience gender resistance. Mary startled Mr. Finch, one of the estate's financial connections, by telling him she was going to be the estate agent. He couldn't have looked more surprised if she told him she wanted Downton to host the 1928 Winter Olympics.

Meanwhile, Violet and Isobel continued to spar over the future of the community hospital. Each was trying to secure a coalition of support, which explained why Violet didn't mention one of the meetings to Cora, who seemed to be leaning toward Isobel's side.

In the larger picture, though, the moves among the kings, queens and knights Sunday may have had fewer long-term implications than the modest, but perceptible stirring of the pawns.