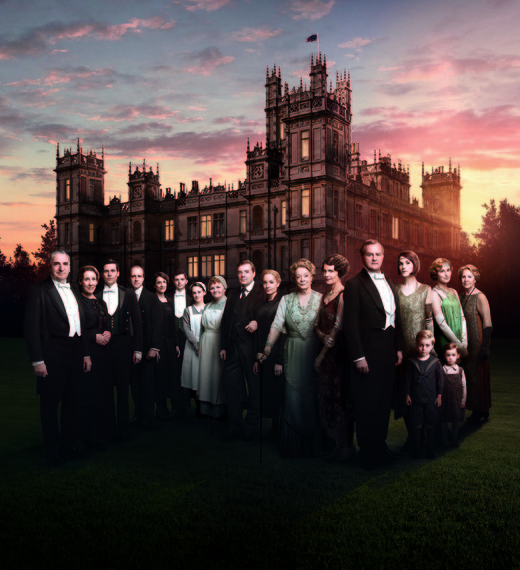 The frenzy reached full throttle yesterday for the series finale of Downton Abbey. Hashtag #DowntonPBS was afire with speculation about how it would all end. Would Lord Grantham or Lady Violet die? Would Ladies Mary and Edith find true love? Would the legacy of the Downton estate survive the changing times? Series creator and writer Julian Fellowes promised that all the current storylines would be resolved one way or the other. And resolved they were...for now.

If you think the critic and audience sensation ended too soon, it didn't. It ended just when it should have because without Dame Maggie Smith playing the sharp-tongued Dowager Countess Violet Crawley (who told producers this would be her last season), the series would have fallen like a house of cards. As I say in this interview about the success of Downton Abbey for Emerson College, Voilet's the "fulcrum" of the series.

If you're feeling dread because the plug has been pulled on your drug of choice -- the soapy period costume drama set in post-Edwardian England -- don't lament, Downton will live on. In today's world of digital and transmedia content, strong brands live on forever. And the juggernaut Downton brand will be everywhere after the broadcast series ends. You can:

If all that's not enough, rejoice because there's talk of Downton Abbey's rebirth on other media platforms. The producers have been in serious discussions about a feature film set a decade after the finale in a pre-WWII England focusing on the younger characters. If Sex and the City and Entourage were big screen-worthy, Downton Abbey certainly is. There's even speculation about a play and a musical.

And if you want the backstory on how Masterpiece Theatre, which was mainly watched by older viewers, became the "It Girl" of television drama for a broader audience, read about the series' makeover with its new name, updated look, and fresh marketing strategy in "A Rebrand -- Masterpiece Theatre Meets Masterpiece" in Transmedia Marketing: From Film and TV to Games and Digital Media.

The launch vehicle for the brand refresh was the January 2008 Masterpiece Classic, The Complete Jane Austen -- a film festival of the classic author's entire oeuvre. I designed this Masterpiece launch campaign, which integrated publicity, events, and digital marketing. To engage rabid Austen fans, the series partnered with the Jane Austen Society of North America to create online and on-the-ground events, including one with Miramax's Becoming Jane and Anne Hathaway. The publicity and social media and online audience engagement for the mini-series were astounding. In Transmedia Marketing, executive producer of Masterpiece, Rebecca Eaton cites the brand relaunch as integral to the series' current success:

With the on-air look, social media, and publicity of The Complete Jane Austen, we were laying the groundwork for the phenomena of Sherlock and Downton Abbey.
-- Rebecca Eaton, executive producer, Masterpiece

In the meantime, relish the final 120 minutes of the Crawley family and their merry band of servants. When your Downton Abbey cravings return, you can partake of the panoply of other options to get your Downton fix.

Or, you can watch the original Upstairs, Downstairs.