Everyone knows the historic core of downtown Los Angeles is changing and expanding fast. There's been a lot written on the topic lately--42,000 residents, loads of bars and restaurants, even a 24 hour café. There's more residential renovations to come--more people, dogs, services, eateries, boutiques--the areas around Spring and Main Streets, between 2nd and 9th feels like a real city center. It's all good.

Since I'm an artist though, let's look at it from an art perspective.

The well-organized, monthly Art Walk has been in place for years, growing to mammoth proportions. It's brought people from other parts of the city to DTLA in record numbers--good for commerce which, as I understand, tacitly fuels the art galleries. 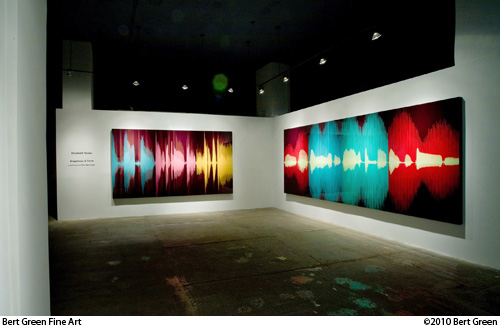 The first wave of art galleries was established with the 2003 city designation Gallery Row as part of a redevelopment effort. In 2004, landlords offered very low rent to those brave enough to accept. Bert Green Fine Art (originally established as Circle Elephant Art in 1999 in Echo Park) was the first to arrive at 5th and Main, followed by El Nopal Press and Exhibition Space (founded in 1990 at the Santa Fe Art Colony, downtown by Francesco Siqueiros), Pharmaka (a non-profit organization currently moving to another downtown location), and Los Angeles Center for Digital Art, directed by Rex Bruce. All galleries are thriving today--with the recent addition of Edgar Varela Fine Art who now shares Bert Green's space. 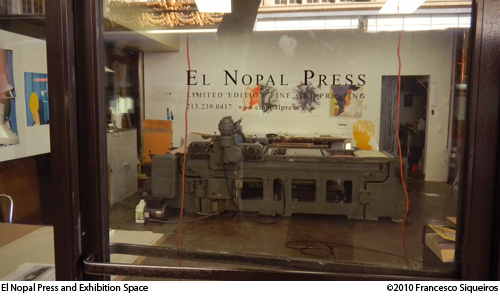 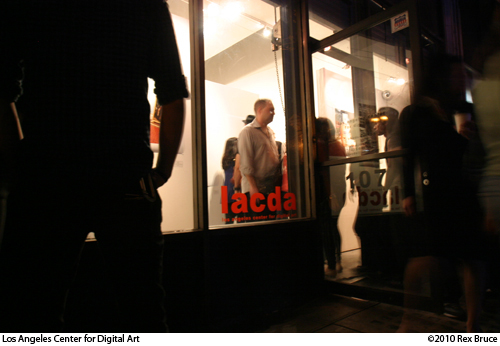 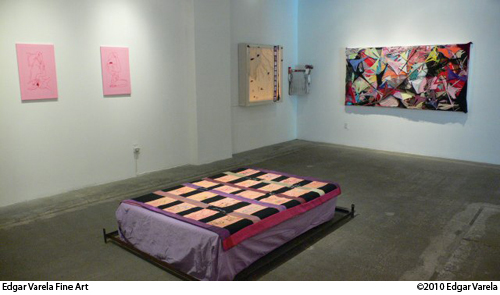 What's this all mean? It means that even with the economic downturn, the culture of downtown is growing organically, without corporate sponsorship, and so are it's galleries.

In 2007, Eliot Kiang opened Morono Kiang Gallery--a non-representing gallery currently directed by Shervin Shahbazi--in the historic landmark Bradbury Building. Used as a warehouse for five years prior, Kiang found the neglected space by luck. He hired architects Earl Parsons and Fernando Bracer to renovate the now impressive New York-style space, complete with beautiful columns and pressed tin. The exhibition program--originally conceived to introduce contemporary Chinese art to Los Angeles--offers conceptually based work that is not only content-driven but also aesthetically concerned and includes artists of all ethnicities. 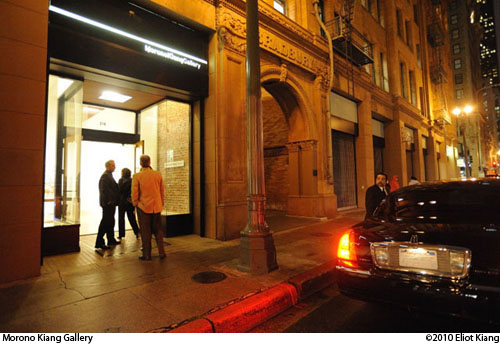 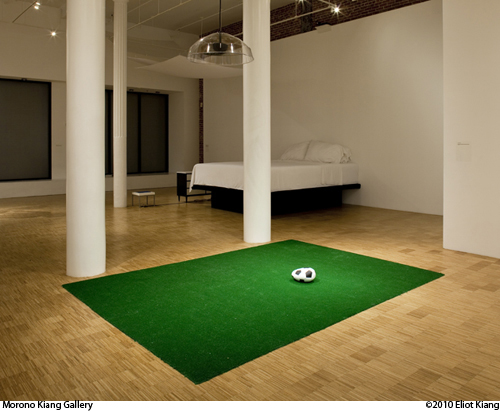 Opening its doors in February of this year, the newest addition to downtown is CB1 Gallery, located on 5th Street, a short walk from the cluster of original downtown galleries at 5th and Main. Director Clyde Beswick, a veteran of the Los Angeles art world, was one of the city's two largest contemporary art collectors--the other being Peter Norton--during the late 1980's and 1990's. (Disclaimer: as I was writing this I signed with CB1 Gallery). Beswick, who resides in a downtown loft with his partner Jason Chang, found the gallery space on a walk one day, fell in love with it and opened CB1. The expansive east gallery is cathedral-like in its portions and feel, while the west gallery--added only two months ago--is more intimate. The gallery's program "promotes an intellectually demanding yet aesthetically pleasing group of younger and mid-career artists who cross disciplines and political perspectives." 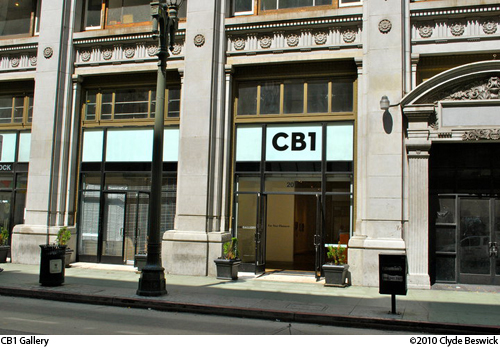 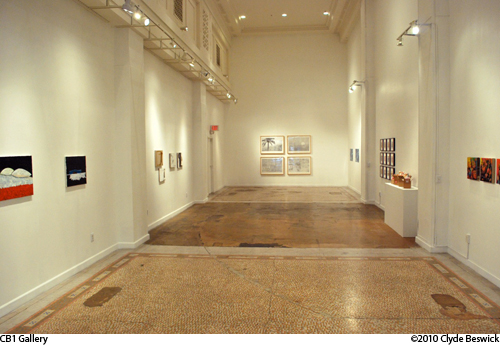 What I learned by speaking with each of the gallery directors featured in this piece is that they are all as unique as the artists they exhibit.

For example, Bert Green, who also lives in a residential loft downtown, does not use social networking such as Facebook--selling to collectors all over the world and only rarely to downtown residents--while Edgar Varela and Rex Bruce use social networks as one main tool and sell to local residents among other collectors. Clyde Beswick, who has a background in marketing, uses both social networking as well as more traditional ads in art magazines to promote his artists.

Though their approaches may be different, all parties agree on a few things.

No one complains about parking downtown any longer. There are ample lots at reasonable rates. There is free street parking after 6pm on north-south streets Monday thru Saturday and after 7pm on east-west streets. Sunday is free street parking all day. Some galleries may be adjusting their hours of operation in the future, for example, in addition to regular gallery hours CB1 Gallery is now open Sundays, and Thursday and Fridays until 7:30pm. There is also excellent access to all galleries by public transportation.

In the lineage of La Cienega, Bergamot, Chinatown, Miracle Mile and Culver City, it seems that this is just the beginning of yet another uniquely developing art nexus in the city of Los Angeles--following a good opportunity and, for now, affordable rents.