In an effort to stave off accusations of homophobia, he recently found it necessary to invent a pseudoscientific basis for his distorted perspective. Qualifying his antediluvian worldview with a syllogistic fallacy, he proposed that since straight men often supposedly turn gay while being in prison, one can conclude that being gay is something one chooses, and that it is further correct to infer that all gay men have consciously made a similar choice about their sexuality at one time or another. In the resounding words of big Ben, "[They] go into prison straight, and when they come out, they're gay. So did something happen while they were in there? Ask yourself that question."

Personally, I don't believe it's necessary to ask myself anything of the sort. In fact, it makes about as much sense to ask Carson's question as it would to ask if men with muscular physiques have criminal minds just because most men look very buffed up after a period of incarceration. Applying Carson's winning formula to other areas of human behavior makes for wonderfully colorful and cost-efficient research. To find out whether or not celibacy is a lifestyle choice, one could, for example, simply examine the behavior of a person marooned on a desert island. If the person isn't happy, then all celibates must be fooling themselves into thinking they are alone by design. 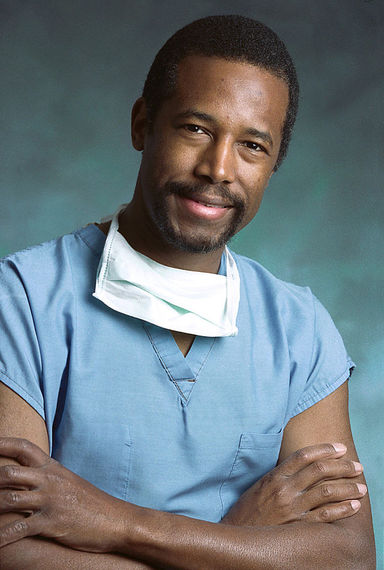 Although it may come as a shock to Carson, most people are in precisely the type of gender relationship they had been drawn to from early on -- born to be wild, mild, straight, gay and often "getting bi with a little help from our friends." The fact that these dynamics may alter in prison says more about the restrictive setting than about those who are forced to be there. No one disputes that besides genuinely gay prisoners and some who come out, there are also heterosexual prisoners who settle for gay companionship while incarcerated. Similarly, we should recognize that in repressive theocracies it is often the opposite that holds true: Under these circumstances, vast numbers of gay men and women are forced to turn to heterosexual relationships out of fear or simply for the sake of solace. Imposed constraints can alter natural desires. People make do, often settling for less. Whether love wrought under dire circumstances lasts once those constraints are removed is an entirely different matter.

As the reputed Republican Hopeless for the 2016 presidential election, Carson takes every opportunity to congratulate himself on his ability to speak his mind at any cost -- the cost in this case being the reinforcement of an utterly nonsensical and dangerous notion, but the cost in all cases being rationality and someone else's well-being. Although Ben plays the "bad boy" iconoclast card on a regular basis, he is very careful never to step outside party lines. His anti-politically correct posturing is not only overtly political in nature but is about as correct as most opportunism: right for himself and those who finance him.

As a rags-to-riches success story, Carson has been getting away with incendiary comments for quite some time. While many of us may have been taught that kids say the darndest things, we often forget that very accomplished adults are often capable of saying the dumbest things. Having compared Obamacare to 9/11, recent Democratic initiatives to slavery, and the president's vision to Mein Kampf, the good doctor seems to be on a roll. It's not hard to imagine just what kind of surgery Carson would recommend for our nation in order to save it from deadly cancers like same-sex marriage and equal opportunity.

In case the day should come when, in our fear, we do sign a consent form empowering someone like Dr. Run-Ben-Run Carson to lobotomize our democracy, well, not to worry, we'll still have those other geniuses to run to. I think they used to call them rocket scientists.

If a picture is worth a thousand words... then I'm in the wrong profession