Dr. Dre has finally addressed his abusive past.

In 1991, hip-hop journalist Dee Barnes accused the rapper of brutally beating her in a Los Angeles nightclub. In a statement, Barnes claimed that Dre, then a member of gangsta rap group N.W.A, “grabbed her from behind by the hair and proceeded to punch her in the back of the head.”

Dre did not deny the incident at the time, even bragging about it in a 1991 Rolling Stone interview where he stated, "I just did it, you know. Ain’t nothing you can do now by talking about it. Besides, it ain’t no big thing -- I just threw her through a door."

In a new interview for the August 2015 issue of Rolling Stone,  the mogul now admits to deeply regretting his actions.

“I made some f**king horrible mistakes in my life. I was young, f**king stupid. I would say all the allegations aren’t true -- some of them are," Dr. Dre told the magazine.

"Those are some of the things that I would like to take back. It was really f**ked up. But I paid for those mistakes, and there’s no way in hell that I will ever make another mistake like that again."

The rapper recently released his final album, "Compton," to coincide with the world release of the N.W.A biopic "Straight Outta Compton." The film, which debuts on Aug. 14, has drawn criticism for glossing over the rap group's history of sexism and misogny -- including the incident between Dr. Dre and Barnes.

Dr. Dre Says He Regrets Beating Up A Female Journalist In The '90s
Dr. Dre Photos 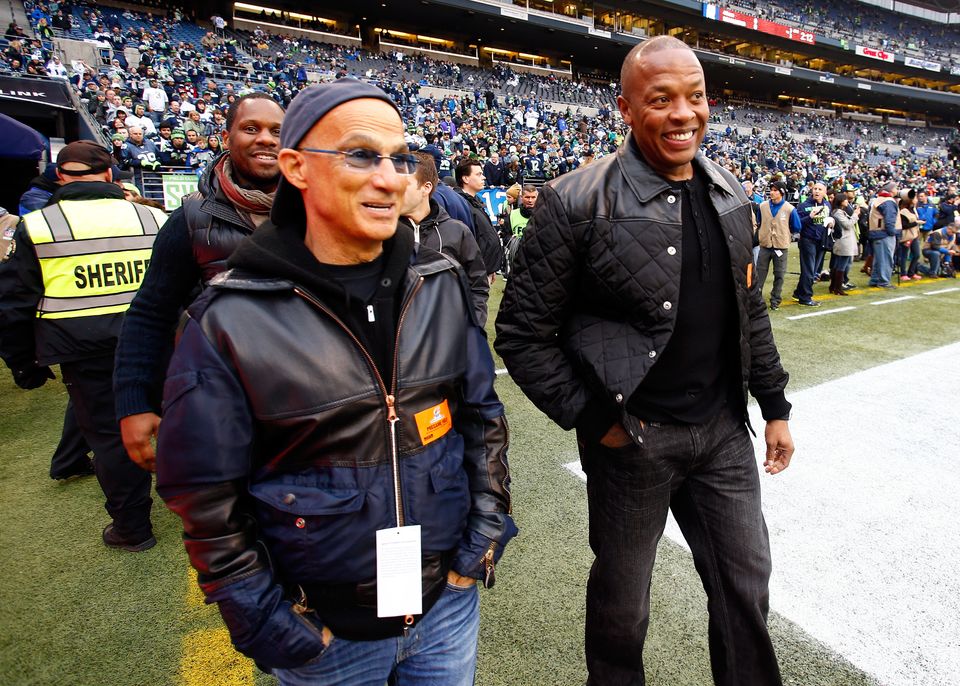 1 / 13
SEATTLE, WA - JANUARY 19: Dr. Dre and music producer Jimmy Iovine on the field before the Seattle Seahawks take on the San Francisco 49ers at CenturyLink Field on January 19, 2014 in Seattle, Washington. (Photo by Jonathan Ferrey/WireImage)
Jonathan Ferrey via Getty Images