That's a headline I never imagined I'd write. Those who follow the World Bank have grown painfully accustomed to ample rhetoric followed by limited results. It's par for the course. But even the most cynical and hardened rejoiced at the thought of a public health champion at the helm of this notoriously recalcitrant institution. But far from steering this ship in the right direction, Dr. Kim is on the verge of overseeing his first deadly new coal plant.

Dr. Kim's new coal plant is a highly controversial project planned in Kosovo which has been described by Kim as a nightmare scenario where Kosovars are 'freezing to death' because they lack energy. Dr. Kim used those words to justify a painful trade off - a highly polluting new coal plant in a country where 835 people die from coal every year. Yes another coal plant that will kill people is needed to avoid more death by freezing. Is this the kind of tradeoff a pre- World Bank Dr. Kim would have accepted?

But fret not this is going to be the 'cleanest' plant possible - at least according to the World Bank. The problem is as our friends at Waterkeeper Alliance say "Clean Coal is a Dirty Lie." There's simply no way to make coal clean. Along its whole life cycle from mining, to transport, to combustion to waste disposal coal leaves a toxic legacy of heavy metals, radioactive material, and deadly air pollution. But even so, pollution control technology exists and there's a big difference between the 'best available' and the status quo.

That's why we commissioned analysis by former chief EPA air enforcement officer Bruce Buckheit to compare the Kosovo project with today's best available technology (see our analysis here). It turns out that not only will the Kosovo project not employ the best technology available today, it will be far dirtier, and therefore far deadlier, than a new coal plant would be in the US, let alone the heart of the EU. 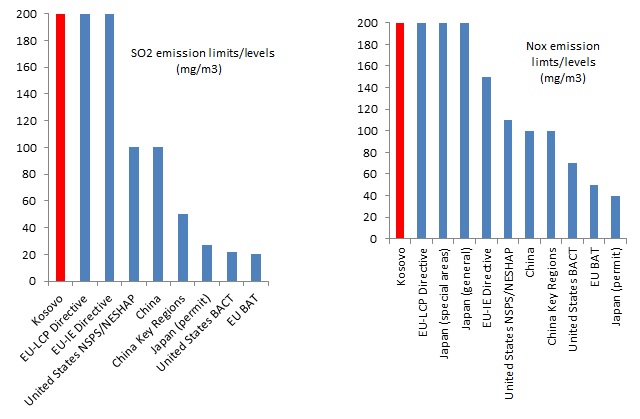 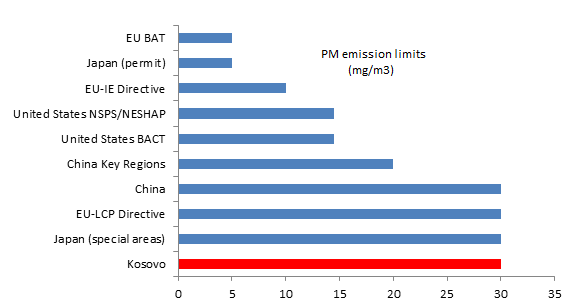 Which begs the question: If the technology is available why isn't Dr. Kim demanding this project employ it? Is Kosovar electricity and GDP growth worth 835 lives every year? Kosovars don't think so. In fact they're up in arms over the comments Dr. Kim has made. That's why they launched an incredibly successful public health campaign including damning ads to educate their countrymen. It's also why they took the drastic step of projecting their message on the side of the World Bank during their annual meetings. They've taken these extreme measures because their public health message is falling on the deaf ears of a public health champion.

Of course it doesn't have to be this way. Jigar Shah, the founder of Sun Edison, and one of the most prominent voices in the clean tech community is calling this project a test case of the World Bank's commitment to clean energy. His argument is clear - we have clean alternatives today that can do this job more cheaply without killing people. So why are we making trade-offs?

That brings me back to my headline. I don't want to remove that question mark and indelibly mark a man I respect. I really do believe Dr. Kim is a health champion who has courageously stood up to the development community's status quo. But it's frightening to see that even a man of his stature can be bowed by the gravity of an institution like the World Bank. Dr. Kim, I implore you, help me write a different history, make me a believer again.