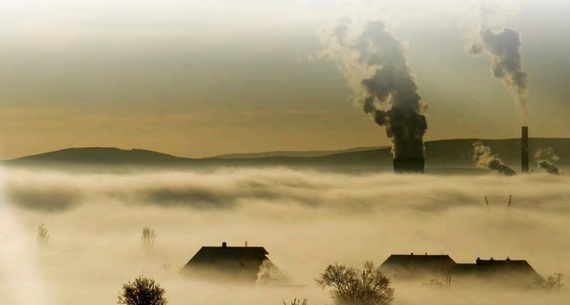 Dr. Kim has declared the world must do more to address climate change. His lofty rhetoric has soared over that of previous presidents drawing widespread support for his progressive stance. But for those who follow this institution closely one thing has always been true - talk is cheap. That's why all eyes are now focused on whether Dr. Kim backs this talk up by rejecting a highly controversial new coal plant in the tiny Eastern European country of Kosovo. When it comes to making decisions that test their willingness to build climate legacies, President Obama has the Keystone XL tar sands pipeline, and Dr. Kim has a massive coal plant in Kosovo.

Dr. Kim's decision should be cut-and-dried. The World Bank recently put coal finance restrictions in place, putting the institution on the right side of history. These restrictions essentially ended the institution's support for the most carbon-intensive and destructive fossil fuel known to man or, as Grist blogger David Roberts, calls it, "the enemy of the human race." But rather than adhere to these restrictions, let alone his own calls to address climate disruption, Dr. Kim is allowing the World Bank to pave the way for support for yet another coal plant, this time in Kosovo.

About three years ago the World Bank began considering a loan guarantee for the construction of a new coal plant in Kosovo on the baseless assertion that this tiny nation was a renewable energy wasteland. But that's not the case. In fact, the Bank's own former chief clean energy czar, Dr. Dan Kammen, has released a study showing not only can Kosovo end its energy deficit with clean energy, it can do so more cheaply and produce more jobs than by building a coal plant. But rather than listen to his own former staff Dr. Kim, a public health champion, has made embarrassing statements about Kosovars 'freezing to death' helping to justify involvement in this controversial project.

Kosovars have not responded kindly to the idea that their country, on course to join the European Union, has advanced so little that their citizens are freezing and dying in the streets. That's why local civil society led by KOSID has waged a campaign for several years demanding Dr. Kim make good on his rhetoric and help move their country onto a clean energy path that aligns with the rest of the EU. From high profile public service announcements about the health and economic impacts of this ill-advised project to projecting their demand for no new coal in Kosovo on the World Bank's building in Washington D.C. Kosovar citizens have made their opinion abundantly clear.

The problem is Dr. Kim isn't listening. Instead, the World Bank is moving forward by conducting an environmental and social impact assessment that is likely to be perfunctory and pave the way for a final board vote that would approve millions of dollars for the coal-burning plant. Worse, sources are saying that in addition to providing a loan guarantee, the institution might double down and invest directly in the plant since even coal-plant construction companies aren't investing.

But it's not over yet. Across the world, civil society groups including the Sierra Club and KOSID are banding together to draw a line in the sand. It's no longer enough to simply make strong statements about climate. It's time to walk the walk. So let Dr. Kim know, just like President Obama, you're watching to see if he passes his climate test.

Join us in taking Twitter by storm today and sending him a message: All eyes now on Dr. Kim @WorldBank, will he pass his #ClimateTest & reject #coal in #Kosovo?