On Tuesday, Lukasz “Dr. Luke” Gottwald’s legal team filed documents in response to the emails released by Kesha and her team last week.

The new documents include a series of email chains between Kesha’s managers, one of her assistants and Gottwald, ranging in date from 2010 to 2016. The conversations appear to provide added context to the dispute between the two parties, and they don’t always paint Kesha in a flattering light.

In one of the email exchanges obtained by The Huffington Post, Kesha’s manager Monica Cornia, and her assistant, Tessa Schonder, discuss the singer’s diet and appearance after being alerted to an unflattering Daily Mail headline about the star. Schonder wrote, “I’m gonna stop getting so much food” and Cornia noted they should keep “junk food” away from the singer.

The documents released by Kesha last week seemingly placed all blame on Gottwald, though these emails seem to show, if nothing else, that he was not the only one who spoke about her weight.

Kesha’s emails also revealed an alleged dispute over song lyrics for “Crazy Kids.” Cornia alleged in the emails that Gottwald told Kesha, “I don’t give a s**t what you want. If you were smart you would go in and sing it.”

In Gottwald’s latest documents, however, it appears he was fine with changing the lyrics.

“Kesha recorded most of ‘Crazy Kids’ and it sounds great... !!!!!!!” he wrote. (The name of the recipient has been redacted). “We love the way it’s written but there are some lyrics she wasn’t comfortable saying in the verses ... mostly the part about fighting girls.”

Gottwald then outlined the lyrics Kesha wished to alter. The recipient was responsive, saying, “Great...Feel free to alter them that suits her best.”

The producer, who’s been accused of comparing Kesha to a “f**king refrigerator,” also included an email in which he expressed love and support for the singer.

“I know you said you looked like a lesbo but I disagree ― you looked radiant and beautiful. You’re doing exactly what you’re meant to be doing right now. You’re actualizing your dreams. I’m proud of you and love you very much. xo L,” he wrote to Kesha in 2010.

In one particularly damning email chain from 2012, two of Kesha’s managers ― Ken Levitan and Jack Rovner ― discuss a tweet sent by the pop star, in which she claimed she was “forced” to sing certain lyrics in “Die Young.”

“You really need to say something to rani...or tell her to blame it on luke,” Levitan wrote.

The Huffington Post has reached out to a representative for Kesha regarding this new court filing and will update this post accordingly.

At this point, the legal battle between both parties has become an exhaustive back-and-forth. Gottwald has continually denied the allegations against him, while Kesha maintains the producer was mentally and emotionally abusive throughout her career; she continues to fight her case in New York, though she dropped the California suit against Gottwald in 2016.

The two have been involved in this legal fight since 2014, when Kesha filed her initial lawsuit against Gottwald for sexual assault and battery.

Since then, Kesha has filed a motion to be released from her contract with Sony and Gottwald, but it was denied by a judge in New York. The judge did, however, rule that Kesha could make music with another producer under the Sony umbrella.

The “Cannibal” singer has not released an album since 2012’s “Warrior,” though she’s done various performances and released a song with Zedd. She also toured with a new band, Kesha and the Creepies, last summer. 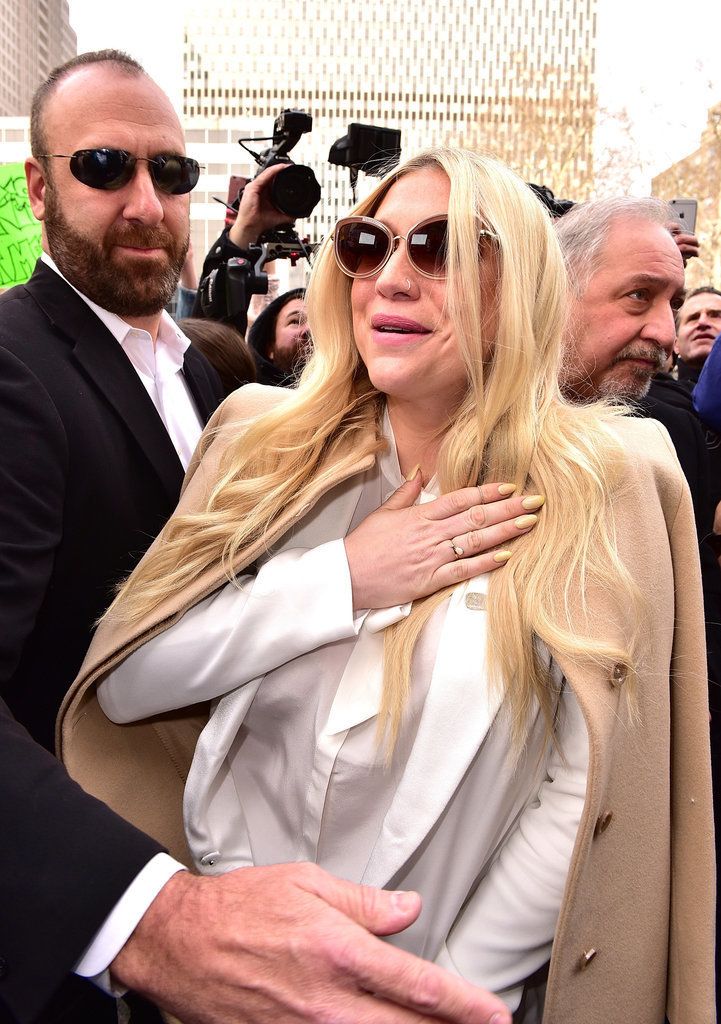