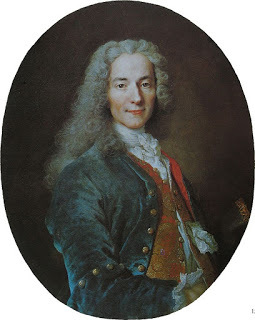 It's not necessarily an exercise in pessimism to tell the truth. There are, of course, philosophical nihilists like Turgenev's Basarov in Father and Sons and Svidrigailov in Dostoevsky's Crime and Punishment. Within an absurd, meaningless and Godless universe, anything goes for these cynics. But there's a realism that a good psychiatrist or psychoanalyst traffics in when he or she realizes that a patient may be carrying an insurmountable burden and that the only end of the therapy lies in an awareness of how difficult the problems will be to overcome. Self-knowledge rather than transcendence will be the gift that such a practitioner provides. The too often quoted Yeats line "the best lack all conviction, while the worst/ Are filled with passionate intensity," unfortunately may be the best epitaph for those brave souls unwilling to tell people what they want to hear. Remember Dr. Pangloss in Candide. Voltaire's parody of the Leibnitz argued that "all's for the best in the best of all possible worlds." He was a l8th century Dr. Feelgood. Realism is not a terribly saleble notion. People do not rush to buy self-help tomes that argue for acceptance; the idea that only solace will reward the Sisyphean task of examining the nature of character and personality is not charismatic. On the other hand, hope, in and of itself, is not necessarily always a good thing, as O'Neill's barroom full of drunks demonstrates in The Iceman Cometh.