Dr Ramazan Bashardost is a specialist in the politics of Afghanistan, with a wealth of academic qualifications and experience in Afghan politics and diplomacy. He fled Afghanistan following the 1978 coup d'état, migrating first to Iran, then to Pakistan, and subsequently to France. He studied law and political science in France, followed by a first master's degree in political science and a second degree in diplomacy. His doctoral thesis, which he completed in 1995, is entitled "War and Diplomacy: War in Afghanistan and Diplomacy of the US, Soviet Union, Iran and Pakistan." After returning to Afghanistan in 2002, Bashardost was appointed Director-General of the Ministry of Foreign Affairs and was involved in the creation of the Ministry's Strategic Studies Centre. Subsequently, he was appointed Minister of Planning, but resigned soon thereafter under significant government pressure because of his critical stance on aid agencies in Afghanistan. He stood for presidential election in 2009 and finished in third place. He has served two terms as a Member of Parliament. 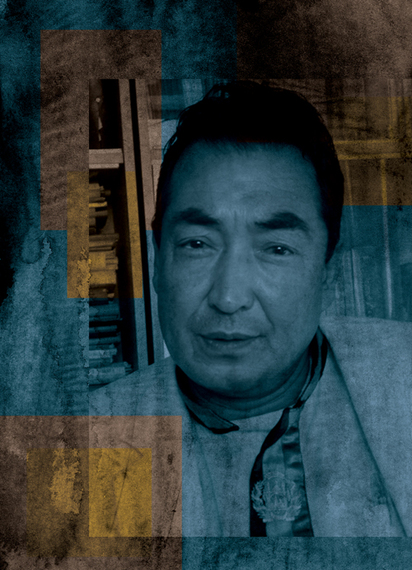 
What do you consider an achievement in present-day Afghanistan?

Compared to the past, everything is fine. It is often said that if we were to compare Mullah Omar [leader of the Taliban] with Mullah Karzai [the current president], the former had one eye but the latter has two. However, that is not how comparisons are made: the comparison is too easy and not at all satisfactory. We need to think about all of the resources, financial and otherwise that have been provided to Afghanistan. Taking those into consideration, my honest opinion is that we have not achieved a great deal. Except in relation to the media: there we see a number of achievements deserving of praise. But nonetheless, even our vastly improved media is only a candle flickering at half-flame.

My greatest concern is that we won't manage to evolve beyond our present conditions.

My other major concern is that we might need to contend with three problematic leaders (that is, Mullah Omar [Taliban], Hekmatyar [Hezb-i-Islami] and Haqqani [Haqqani network]) in addition to the current trio of power (President Karzai, Vice-President Fahim, and Second Vice-President Khalili). I have said over and again that our nation is fed up with the current leadership; I don't know what we will do if there are six of them remaining as political players.

What do you consider the three biggest challenges facing Afghanistan?

Our leadership. Leaders are meant to look after their people -- save them from losing their footing and falling off the cliff, so to speak. Leaders in other countries protect their people. But not here. In Afghanistan, our leaders push their people over the cliff.

The cultures of centrism: ethnocentrism, religious centrism, language centrism, and organizational centrism. In each realm, there is one ethnicity, religion, language, or organization that is considered and promoted as superior to all others. This culture of centralism will destroy the vast diversity of other cultures that exist in Afghanistan; they simply cannot compete. When someone is nominated as minister from an ethnic community, for example, all the other representatives of that community support him, not on merit, but because they are from the same community, speak the same language, and share the same religious background.
Finally, I am disturbed by the extent to which empathy has disappeared from our society.

Everything is possible in Afghanistan. If someone has a gun, they will close the gates of the houses, not to mention the schools. This nation has witnessed such terrible things, and is so wounded, that it will accept whatever befalls it. Our people are immobilized: I have seen people barely flinch while someone is beheaded in front of them. The Afghan people have had their willpower stolen from them; the society has become numb.

Once, if I am not mistaken, a Hazara Hindu staged a hunger strike. The street was closed for three days as thousands of other Hindus came to support him in solidarity. Yet Ms Simin Barakzai went on hunger strike for 18 days outside the parliament in 2011 after she was unseated by the Independent Election Commission. She was on the verge of death. Her friends in the Coalition to Support Rule of Law passed by her and took part in the parliamentary sittings. Only three or four people supported her.

Look at the way men 'participate' in politics in Afghanistan: how can we possibly expect women to play a role in this game? If we had a society where honest and knowledgeable people were elected on their merit, where decisions were made based on reason and logic, the rights of men and women would then be guaranteed.

Then, look at the way women 'participate' in their social movements. The female leadership working in the name of women in Afghanistan are just as bad as their male counterparts: they put their personal interests above everything else.

If the women of Afghanistan really want to see a change, they need to stop making decisions on the basis of gender. Afghanistan will only free itself from the problems of inequality between men and women when the arbitrary criteria of ethnicity, gender, age, religion, language, and region are abolished and replaced with the criteria of merit, experience, expertise, and commitment. If these were the criteria, a woman could also become president of Afghanistan. If a woman is raped, nobody should ask which region or which ethnic community she came from: it is a crime regardless.

Ask the hard questions: What have the 68 female Members of Parliament done for the women of Afghanistan? If they supported somebody for the post of the speaker or deputy speaker, their candidate would certainly be elected. But these women are not looking out for the interests of women. As is always the case in Afghanistan, divisions based on ethnicity, religion, and language trump over everything else.

I am asking people to put aside the criteria of ethnicity, gender, age, religion, language, and region and adopt humanity as the criterion for organising their life, actions and behaviour. Furthermore, let's make it our purpose in life to heal the wounds rather than add salt to injury.