Three-year-old Faiz Ali who weighs only 10 pounds and is just one of the millions of children struggling to stay alive without proper medical care. His family, like thousands of others, have no choice but to give their children contaminated water when they get thirsty.

Three days after arriving in Pakistan, Gupta says the second wave of victims is already among the Pakistani people.

PREVIOUSLY:
CNN's Dr. Sanjay Gupta is in Pakistan getting a first-hand look at the devastation that has continued since record monsoon rains caused intense flooding a month ago. He's sent notes and photos back from the road that show the extent of a crisis that most Americans could not comprehend.

"You have to be on the ground to be able to understand the report," Gupta wrote. "This is an ongoing disaster. Many think the flood has passed, but I am in an area that was dry yesterday, and completely flooded today."

Gupta also chimes in on why Americans may have been hesitant to give money to nonprofits working in Pakistan. The American Red Cross alone raised $32 million for Haiti relief through text-contribution efforts. The same campaign for Pakistan has raised only $10,000.

I think the initial lack of attention was for a few reasons. First, it is an incredibly difficult place to get to, and to navigate once you are here -- and even worse with the floods. Also, there was no pyrotechnic event, such as an earthquake or hurricane that gets attention. It was a slow burn that became increasingly worse. Finally, geo-politically, this is a tough area for Americans to grasp, and rumors of Taliban attacking foreign aid workers did not help the situation. Unfortunately, it may make people even less likely to give.

The Washington Post's David Ignatius adds a few other arguments to the list. He believes Islamophobia may have a hand in the diminishing compassion -- he suggests that increasing our generosity could "break through the usual political barriers and resentments."

See some of Gupta's photos from Pakistan below. All photos by Danielle Dellorto/CNN.

Another major issue, as HuffPost Impact reported earlier, is the potential of thousands to get sick due to contaminated water. Gupta explains:

There is so much water everywhere, but it is mostly contaminated. Millions are starting to drink this because they haven't received clean water, and it is very hot -- over 100 degrees where I am. The potential [for an] infectious disease epidemic is real. During other natural disasters, including Haiti, we didn't see the tremendous outbreak of disease...In Pakistan, because of the contaminated water, they are already seeing terrible diarrheal illness, typhoid and cholera. Malaria will also be a problem with the standing water.

HuffPost Impact has compiled a list of organizations working in Pakistan that are accepting contributions. Organizations like Save The Children, Oxfam and UNICEF can help bring clean water, food, shelter and medical care to the millions of displaced. 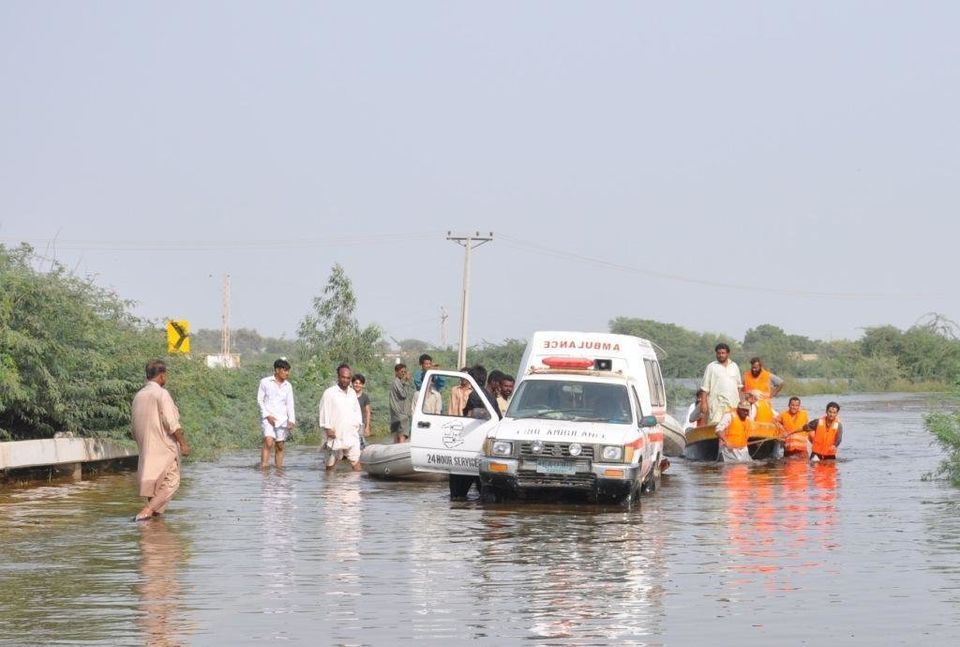