The Consumer Price Index for All Urban Consumers (CPI-U) increased 0.2
percent in October on a seasonally adjusted basis, the U.S. Bureau of Labor Statistics reported today. Over the last 12 months, the all items index increased just 0.2 percent before seasonal adjustment.

This hardly shows incipient inflation, and is no reason for the Fed to raise their interest rates in December. Year-on-year, the CPI is also up 0.2 percent which is up from zero in September while the core rate is unchanged at plus 1.9 percent, right at the Fed's general 2 percent goal. Only medical care and housing costs rose, which is understandable with more becoming insured under Obamacare and a shortage of new housing stock.

Why such low inflation? Oil and commodity prices in general have been declining, and energy analysts say this could last for years. Yes, I said for years. So why the hurry to raise interest rates when and if energy prices remain this low, which will continue to lower the costs of goods and services? 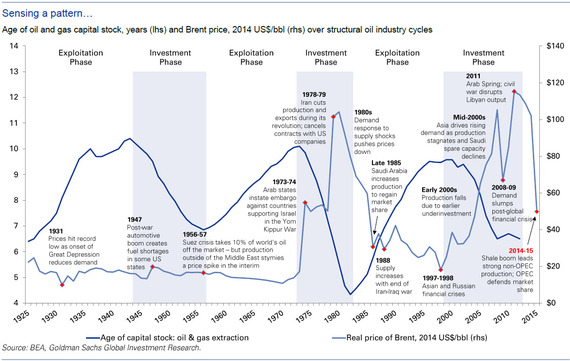 "A projected marked slowdown in demand growth next year and the anticipated arrival of additional Iranian barrels--should international sanctions be eased--are likely to keep the market oversupplied through 2016", said the IEA, or International Energy Agency, on Oct 13, 2015.

Oil prices have now declined to almost $40 per barrel of West Texas crude, and the Saudis have said they don't intend to cut back their oil production, in an attempt to keep Iranian oil from grabbing more market share.

Some slight inflationary pressure is coming from rising rents, which rose 3.7 percent over the past 12 months, the Labor Department said, the same as in September. Yearly rent increases have accelerated steadily since 2010, and are outpacing annual wage growth, which was an inflation-adjusted 2.4 percent in October, according to the October unemployment report.

Household formation has picked up as the economy improves, but supply is lagging demand. The inventory of both new and existing homes has been 5 months' supply, much lower than the 6 months' worth of supply considered normal. That's helping drive up prices of homes for sale, and in turn keeping many renters on the sidelines even as mortgage rates remain historically low.

What should help is more new construction. Though builder confidence in the market for newly constructed single-family homes slipped three points to 62 in November from an upwardly revised October reading on the NAHB/Wells Fargo Housing Market Index (HMI), it is still robust with traffic wanting new homes.

Future sales are down a sizable 5 points, yet the HMI is still at 70. Present sales, which is the most heavily weighted component, fell 3 points to 67, also still a very strong level. The positive in the report is a 1 point rise in traffic, a component which, at 48 in the latest report, has been lagging badly but is getting closer to the breakeven 50 mark. Weakness in this reading has been reflecting lack of first-time buyers in the market, until now.

"The November report is pullback from an unusually high October, and is more in line with the consistent, modest growth that we have seen throughout the year," said NAHB Chief Economist David Crowe. "A firming economy, continued job creation and affordable mortgage rates should keep housing on an upward trajectory as we approach 2016."

Maintaining such low interest rates should also boost the odds of a more prolonged recovery from the Great Recession, as we said last week. A new Goldman Sachs prediction just out says there is a 60 percent chance this recovery could last another four years. This is according to a team of researchers at Goldman Sachs Group, led by Chief Economist Jan Hatzius. Among developed economies, the average length of an economic expansion has been expanding since 1950. The longest U.S. expansion lasted 10 years, from 1991 to 2001. Before 1950, the average expansion lasted about three years, with only a few enduring for 10 years or more.