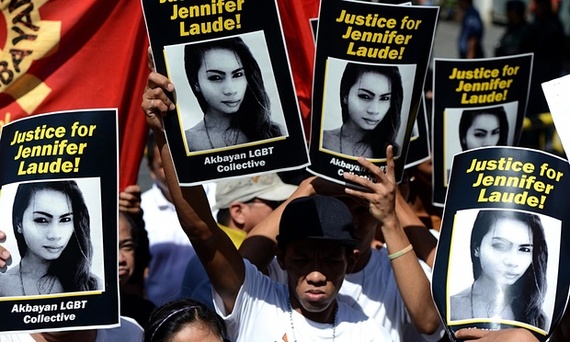 I say this so often, I'm starting to feel a bit like the ghost at the feast, but it bears repeating.

In the last few weeks, despite being fairly unplugged in some areas of social media, I've managed to hear about the now infamous supposed decision to ban drag by Glasgow Free Pride. Before I say anything else on the matter, I'd like to point out that Free Pride have released a statement regarding their decision and where drag stands now which, if you haven't read already, you should read Free Pride's statement.

I'm not going to talk about where drag stands in the LGBT, or even specifically within the transgender umbrella or community, if you consider there to be one. I'm not going to hash that out here for two reasons:

1. I don't have the space for it and
2. I feel as though the people who statistically face the brunt of the violence in the trans community, that is to say trans women of colour, are really the only people I care to hear speak about the issue.

Because it's them who face a disproportionate amount of the violence from ignorant misfits who don't care about the subtle distinctions in gender and what makes a drag queen and a trans woman and instead just want to throw a brick.

What I am going to talk about is the fact that, no offense Glasgow, such a small issue managed to find it's way to the desks of so many major LGBT news organisations, commentators and figureheads (read: folks who often are swinging most of what's called the 'Pink Pound' on this side of the pond) -- and why specifically that is incredibly irritating.

According to Albert Kennedy Trust (AKT), an organisation in the UK supporting LGBT homeless young people in crisis, a quarter of the UK's homeless are LGBT according to a 2015 survey. Crisis, a charity supporting the homeless, quoted this figure much higher in 2005, asserting that 50% of homeless youth are LGBT.

Meanwhile, according to AKT, the proportion of mainstream housing providers targeting services at LGBT homeless people in the UK dropped from 11 percent to 1 per cent between 2011 and 2013.

And in the US, since so many commentators that side of the pond, 40% of homeless youth are LGBT according to the Williams Institute, reported in 2012. According to Planet Transgender, a trans person is murdered every 29 hours.

But I suppose we're to believe that the Supreme Court legalising marriage has solved all of that?

I have worked with LGBTQ youth for ongoing 5 years now. And I have seen countless programmes defunded, shuffled or just plain ignored. I have seen young LGBTQ kids in crisis due to unforgiving and feckless parents and homophobic bullying. As a support worker, there has been only so much that I could do.

On top of this, in terms of the trangender community, over 10 trans women so far have been murdered this year. Last year and the year before, we annually say goodbye to 200+ trans people, predominantly trans women, to murder and suicide.

Why am I mentioning this? What does this have to do with Glasgow and a ban on drag? It has everything to do with it.

Why is it that one small community in a Scottish town brings the wrath and flurry of legions of angry gay commentators the world over but the death of yet another trans woman garners no such anger?

Why is that that countless companies promoting their diversity for capitalist gain can spend loads of money on floats for Pride parades while LGBTQ kids are forced into homelessness, survival sex work and risk higher rates of drug addiction, suicide, and depression?

I'm infuriated that we have the audacity to tell LGBTQ kids that "It Gets Better" when we spend more time being outraged by a ban on drag than we do about their risk of being poor and starving. And inevitably I can only wonder whether the fact that the most vulnerable LGBT youth, and especially trans women, also happen to be people of colour is merely a coincidence.

I don't know if writing about this will actually call on the attention of any of those that threw their hat into the ring against Free Pride.

But maybe if even half of those so enraged by a drag ban got enraged about a lack of services for LGBTQ youth, maybe we'd find ourselves in a world where we don't just say "It Gets Better".

We make it better.