The Westboro Baptist Church, everyone's favorite anti-gay zealots, were in for a big surprise over the weekend when their lawn became the epicenter of a drag event titled "Drag Down Bigotry."

As reported last month, Equality House planned to host the event and utilize it as a fundraiser for anti-bullying programs. The show occurred on Saturday and drew out an estimated 150 participants.

The Equality House is a project spearheaded by the nonprofit Planting Peace and involves the house across the street from the Westboro Baptist Church compound. Earlier this year, the organization bought the house and painted the outside with rainbow colors, branding the structure as the Equality House.

"Our first 'Drag Down Bigotry' event was a huge success and we are very pleased with how many people participated in and/or supported our efforts," Aaron Jackson, President of Planting Peace, told The Huffington Post. "This was another successful step towards silencing the hate from the WBC and bringing awareness to the high suicide rate amongst our LGBTQ youth."

Equality House has played host to a number of events in the past that sought to bring visibility to LGBT individuals and issues just feet from the Westboro Baptist Church's doorstep, including a gay wedding and a child's lemonade stand that raised thousands of dollars.

"The fact is that teenagers across the country are taking their lives every year at an alarming rate. Research into these cases indicates that almost every suicide is the result of feeling less than or not good enough, many of these in fact being LGBTQ youth," Amelia Markham, Director of Outreach said in a statement. "We want to use every opportunity we can to switch that message and preach love and inclusion instead of hate. The drag show was the perfect opportunity to declare that message and to raise funds for our anti-bullying initiative for schools in the area and eventually across the country."

A slideshow of images from "Drag Down Bigotry" is available below. 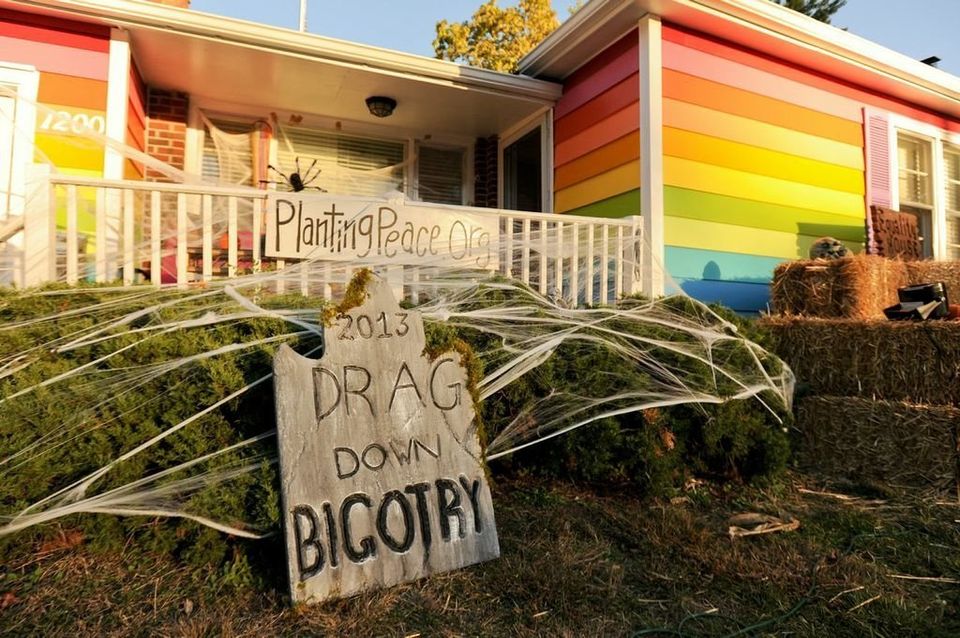