Drag queens have been serving up "charisma, uniqueness, nerve and talent" for audiences for years but with the debut of the reality television competition "RuPaul's Drag Race" in 2009, they have become more popular and visible in the mainstream than ever before.

But while you may be able to name a half dozen or more drag queens off the top of your head, how many drag kings do you know?

Women have been dressing as men and performing masculinity on stage since (at least) the late 19th century, but drag kings have yet to achieve the same attention as their queen counterparts.

So, let's tip the scales a bit, shall we?

Take a look at 28 incredible drag kings in the slideshow below and then tell us your thoughts on drag in the comments section. 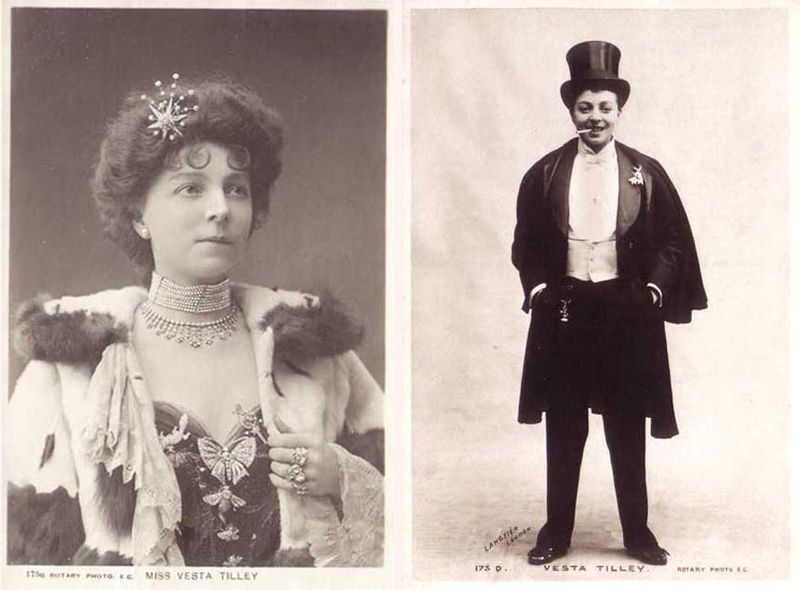 1 / 28
Vesta Tilley (1864-1952)
<a href="http://www.the-camerino-players.com/britishtheatre/VestaTilley.html">Vesta Tilley</a> was a pioneer who became Britain's most popular male impersonator in the late 19th and early 20th centuries. Tilley, whose real name is Matilda Alice Victoria Powers, eventually took her act to the U.S. in 1894, performing in major cities like New York City and Chicago. During World War I, Tilley teamed up with her husband who wrote patriotic songs for her to perform as "Tommy," to recruit people to join the military. This effort got both of them knighted. <a href="http://commons.wikimedia.org/wiki/File:Vesta_Tilley_(in_and_out_of_drag).jpg"><em>Courtesy of Wiki Commons / Amphis</em></a>
Courtesy of Wiki Commons / Amphis