Globally, the spread of HIV is reversing course: UNAIDS reports that new infections have fallen by 33 percent since 2001. Government agencies and NGOs are tackling the issue from all angles, including outreach to eliminate barriers to testing, interventions targeted at orphaned youth with HIV, as well as initiatives to improve treatment for current patients. Several initiatives being implemented in Chittagong, Bogotá, Bangalore, Lagos, and Mexico City are successfully raising HIV/AIDS awareness and reducing its prevalence. 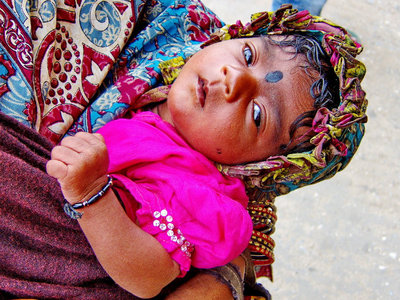 UNICEF estimates that there could be as many as 4 million children affected by HIV in India, including those living with the virus, orphaned by it, and whose parents are living with it. In the absence of comprehensive government interventions, Milana, a Bangalore-based organization, gives families and children a safe and supportive meeting place to share information, learn how to access proper care and nutrition, and discuss the difficulties of living with the virus. Another big unmet challenge is lack of shelter for AIDS orphans. In Bangalore, ACCEPT runs a 35-bed facility for HIV-positive patients as well as a separate home for orphans. Eighteen children stay at the home with two full-time care staff, a teacher, and other counseling and support. All the children attend the local school -- a big step, given that even the schools often discriminate against these children.

Although Bangladesh's HIV prevalence is quite low at less than one percent, the high incidence of risky behaviors, coupled with the exponential spread of the disease in neighboring countries (such as Thailand), puts Bangladesh at high risk for a future HIV epidemic. The Bangladesh Integrated Social Advancement Program (BISAP), a non-political, non-profit, and non-governmental development organization, has significantly contributed to HIV/AIDS awareness in Chittagong since 1989 through grassroots-level community mobilization projects. In partnership with the Embassy of Ireland, BISAP launched a major campaign to make community members and local authorities aware of how HIV is spread and who is most at risk for contracting it. BISAP conducted educational and awareness events targeted at teachers, students, health service providers, local leaders, and transport union leaders. This initiative is especially powerful because it reaches both those at risk and those with prominence and authority in Chittagong. 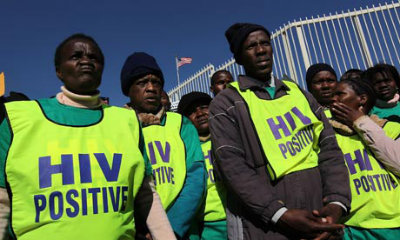 In light of the high and growing prevalence of HIV in Lagos, a state-run program has been put in place to fight HIV/AIDS through monitoring and evaluation, care and support outreach, counseling and testing services, and information and communication outreach programs regarding the prevention and treatment of HIV. The program has set up over 50 HIV counseling and testing centers (HCTs) around Lagos, making the program available to both private and state-owned health facilities. The HCT workgroup of the agency assures that HCT centers and partners are visible to the public and that they meet standards for testing and care of HIV-positive people. This workgroup also sponsors infomercials regarding tolerance, and sensitizes the public against stigmatization of HIV-positive people.

In Colombia, lack of proper diagnosis is the main issue when it comes to fighting AIDS. The local government has therefore signed an agreement with the NGO Liga Colombiana de Lucha Contra el Sida to create a program known as Ponte a Prueba ("Test Yourself"). Under this program, 10,000 HIV tests will be performed during the first half of 2014, 215 health professionals will be trained to do the testing, and another 300 health practitioners will be trained as counselors. During trainings, health practitioners will be advised that under local legislation, HIV testing is a right for anyone who wants it. Information will also be distributed in establishments that work with vulnerable populations. The program seeks to eliminate barriers within health centers that keep many potential carriers away from testing, and heighten awareness of the benefits of testing. 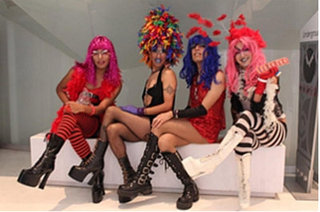 In Mexico City, Colectivo Sol established the Condomovil, a mobile van that drives through Mexico City and through various routes in Mexico and Central America to campaign for prevention through testing, condom distribution, and information workshops run by sexual health promoters dressed as drag queens. This unit uses a direct outreach strategy that has been able to target vulnerable areas that migrants cross on their way to the United States from Central America, on the so-called "Ruta Latinoamericana-Latin Condom 2013."

Every city faces a different local context when it comes to fighting HIV/AIDS, and strategies must cater to local needs. Visit URB.im to learn more and join the discussion.