"I didn't expect to be afraid of RuPaul," admits Drag Race star Katya Zamolodchikova, "But I was." 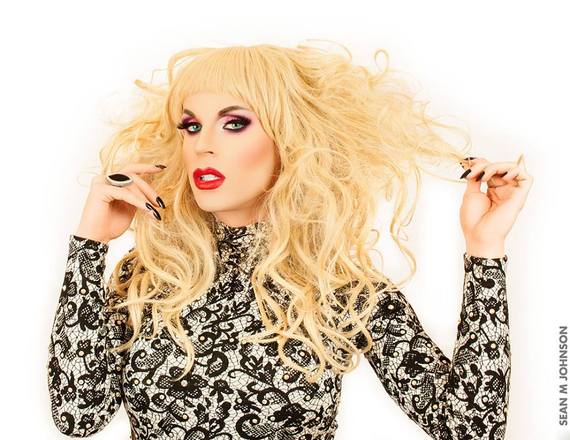 It was just one of many surprises in store for the Boston-based performer when she showed up to compete on Season 7 of RuPaul's Drag Race. Katya now realizes just how "naïve" she was about elements of the televised competition, not the least of which being how difficult it would be to build a "rapport" with "The Supermodel of the World."

"I didn't go in there expecting to be pals with her or whatever, but it is different when you're in front of the cameras," she said of RuPaul.

"She's a businesswoman. It's her job," Katya continued during a recent interview filmed for YouTube (below). "She goes in there, does a fabulous job of hosting the show, but that's it. You don't hang out with her or anything."

In hindsight, though, Katya -- pronounced "Kah-Tee-Yah," not "Kotcha," which she quickly corrected upon our meeting -- has a better understanding of the superstar. For future contestants, she has clear-cut suggestions for interacting with the legend.

"It is intimidating meeting [RuPaul], and, yes, you can definitely get that 'distant' vibe, but she wants you to make her laugh," she says, "She really, really wants that, so you just have to get over that nervousness or intimidation...Just go for it!"

Watch: Drag Race star Katya discusses her fear of RuPaul, dishes on the other queens of Season 7, names her all-time favorite Drag Race contestant & shares the inspiration for her quirky YouTube videos.


After facing elimination in the second episode of the series -- in which she seriously flubbed a lip-sync in "The Glamazon Airlines" challenge -- Katya has regained her footing and quickly become a standout. While audiences love her sassy wit and incredible runway looks, the show's judges don't seem entirely sold. She describes Michelle Visage as "particularly harsh."

"She's terrifying, I'm not going to lie," Katya said of the long-time Drag Race judge, who also happens to be RuPaul's BFF. Since the departure of Santino Rice from the panel of judges, Katya says Visage has become even more difficult to please.

"I think that she's taken on the role of 'head judge,'" she said, "[Santino and she] kind of had a good cop/bad cop thing going, and now Michelle's the 'bad cop.' Well, she was always a bad cop, but now she's a really bad cop."

RuPaul and the judges weren't the only things which had the contestant quivering in her stilettos. According to Katya, she was shaken to find New York's Miss Fame also competing.

"I was like 'Fuck, fuck, fuck!'" she recalled of walking into the workroom that first day to discover the 29-year-old YouTube sensation in the running to become "America's Next Drag Superstar." 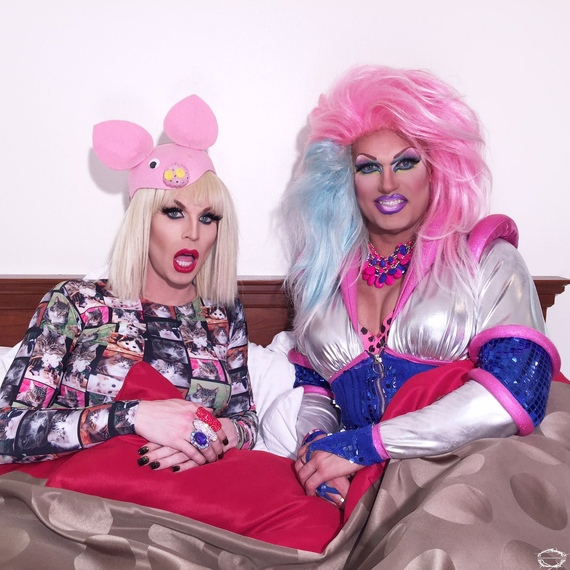 "She was so intimidating in such a specific way," Katya shared of Fame, who revealed her somewhat bizarre love of chickens (I love Pollo too!) in the latest episode. "When I introduced myself to her, she was so confident -- but not bitchy about it. She was so sure of herself."

It was a radically different approach, Katya says, than fellow contestant Violet Chachki. The 22-year-old diva, who won the show's first main stage challenge and appears to be a judge's favorite, was much a more in-your-face competitor.

"She was like, 'I'm going to win because I'm America's fucking next drag superstar, and I'm going to claw my way to the top," Katya recalled, "'And if that means stepping on your face, I'm going to do it.' That's Violet."

That said, the Bostonian still rejected labeling her talented young costar as Season 7's "villain" (though I tried!). Instead, she views Chachki in a different way.

"I would call her this season's 'brat,'" Katya says. "I am a huge fan of hers, and I like watching her on the show...Her talent is not overshadowed by her brattiness, not at all!

"Every time she walks down the runway, it blows your wig off," she concluded, "Every fucking time!"

To get more of the performer's insights into episodes of Drag Race, told from the perspective [and in the accent of her Russian alter-(sh)ego], check out Katya's YouTube Channel here.