Lisbeth Salander is not a hero. She's not a woman we should all aspire to be, and she doesn't have superpowers -- but she is a strong character, and one worth the 158 minutes you'll spend with her if you see the highly anticipated film "The Girl with the Dragon Tattoo."

Salander, at least in her original incarnation as the heroine of Stieg Larsson's bestselling book series, is a character that women love to love. She's a 24-year-old goth, tattooed computer hacker known on the Internet only as Wasp. In the first book, which the movie is based on, she teams up with famed journalist Mikael Blomkvist to solve a 40-year-old murder mystery and root out a misogynistic serial killer. Oh yeah -- and she has a photographic memory.

As Jezebel's Dodai Stewart put it, "Women love a kick-ass woman. She doesn't take any guff from anybody. That's really refreshing." She's physically strong, mentally sharp and is in control of her sexuality -- and she's all of those things despite a history of physical abuse and sexual violence. Even if women don't strive to be Larsson's Salander, they respect her.

By some measures, they haven't felt the same about the on-screen Salander, at least not as she appears in David Fincher's American adaptation of Larsson's tale. In a recent article detailing Sony Pictures' concern that the film won't attract enough female viewers, Vulture reported that 71 percent of the movie's Facebook fans and 65 percent of Larsson's Facebook fans are female, yet in a poll conducted by Nielsen Media's Research Group, only 36 percent of women expressed interest in seeing the film.

Some argue that the reason many of the women who loved the Millennium trilogy books won't flock to the movie theater is the way the film has been marketed. Vulture's Claude Brodesser-Akner wrote:

While Larsson's books are filled with brutal misogynistic violence, that doesn't make a movie version a reflexive deal-breaker for women. After all, millions of women read the novels, and horror and slasher films are popular with females. Rather, it is likely the unforgivingly creepy and dark marketing for the movie that has scared off female fans of the book.

This argument seems plausible enough. The Dragon Tattoo trailer is definitely dark, and there is a fair amount of graphic, sexual violence, which I can easily imagine many women (and many men) wanting to skip. (The scene in which Lisbeth is raped by her guardian is indeed one of the more disturbing things I've ever seen -- and the only part of the film that made me burst into tears.)

However, I wonder whether women's hesitancy has less to do with the violence in the film itself and more to do with the way that Salander's character has been positioned by marketers. We all know that sex sells, but there's evidence that violence is really what makes the big bucks. Counter to the way Larsson wrote Salander and how the Swedish film portrayed her, Rooney Mara's Lisbeth Salander has become the centerpiece of a marketing campaign that bets on the fiscal success of sexual violence.

The most obvious example of this can be found in the American film's original promotional poster. While the Swedish film's poster depicts a fully-clothed Rapace sitting in front of Michael Nyqvist (who plays Blomkvist), the American version has Daniel Craig as Blomkvist holding onto Mara protectively from behind. And while Mara still stares directly (if darkly) into the camera, she's for some reason completely naked, pierced nipples exposed. In the book, Salander's breasts are the part of her body she's most insecure about; she's not the type to casually walk outside topless. And during all of her most ass-kicking moments (pulling obscure facts from her photographic memory, hacking into a white-collar criminal's encrypted files, saving Blomkvist from a serial killer, chasing said serial killer down on her motorcycle), she's fully clothed. Even as someone who was eager to see the film, I was turned off by the poster. 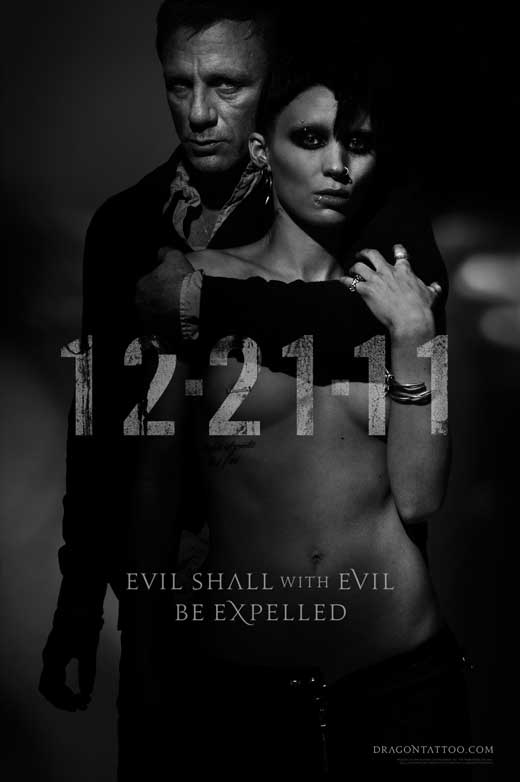 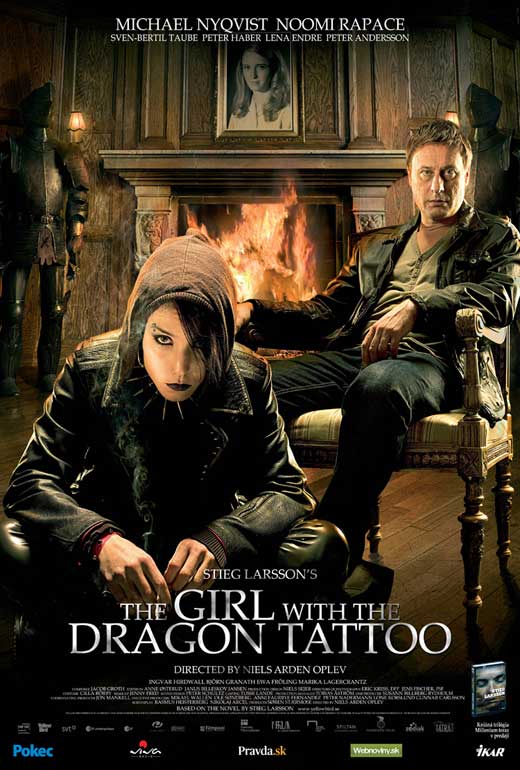 And Mara's haunting embodiment of Salander has been used to sell more than movie tickets. In her photo on the November cover of Vogue, Mara was clearly in character, looking fierce and incredibly styled in a dragon-print dress. However, the editorial within the magazine had Mara radiating less strength and more dead-in-the-water chic.

This treatment of Salander as more of a commodity -- a bizarre kind of victim doll -- and less of a complex character was never more apparent than in H&M's line of Dragon Tattoo-inspired clothing. The line takes its inspiration from Salander's goth style, turning her patched together outfits -- which in the book she uses more to keep her distance from people than to make a calculated fashion statement -- into mass-produced caricatures of themselves. The Montreal Gazette's Natalie Karneef wrote an especially scathing indictment of the line, accusing H&M of putting a "chic consumerist finish" on the epidemic of sexual violence. "[Lisbeth's] clothing is her armour. And now H&M is releasing a line of affordable fashion based on that armour," she writes.

While these problematic interpretations -- and exploitations -- of Larsson's iconic female character were timed to coincide with and profit off of the release of a big budget Hollywood blockbuster, and are definitely deserving of critique, we shouldn't let those things alone determine whether or not this movie is appealing to women.

Although I would never tell anyone that they need to see a film, especially one that does contain so much violence -- sexual and otherwise -- I would encourage women who loved the books (and specifically who Salander is within them), to give Fincher's version a chance. Unlike the poster and the clothing line and the beautiful corpse imagery in Vogue, the film itself gives the character an empowering sense of control. She's the one that protects Blomkvist -- not the other way around, and although she has sex appeal, it's nowhere near her most important or most played-upon quality.

Fincher's version of Salander is by no means perfect, but it doesn't glamorize rape or turn her into a one-dimensional sex object. What it does do is put a strong, complex woman on the big screen -- which unfortunately, we don't see every day.

Women Tattoos The Girl With The Dragon Tattoo Lisbeth Salander 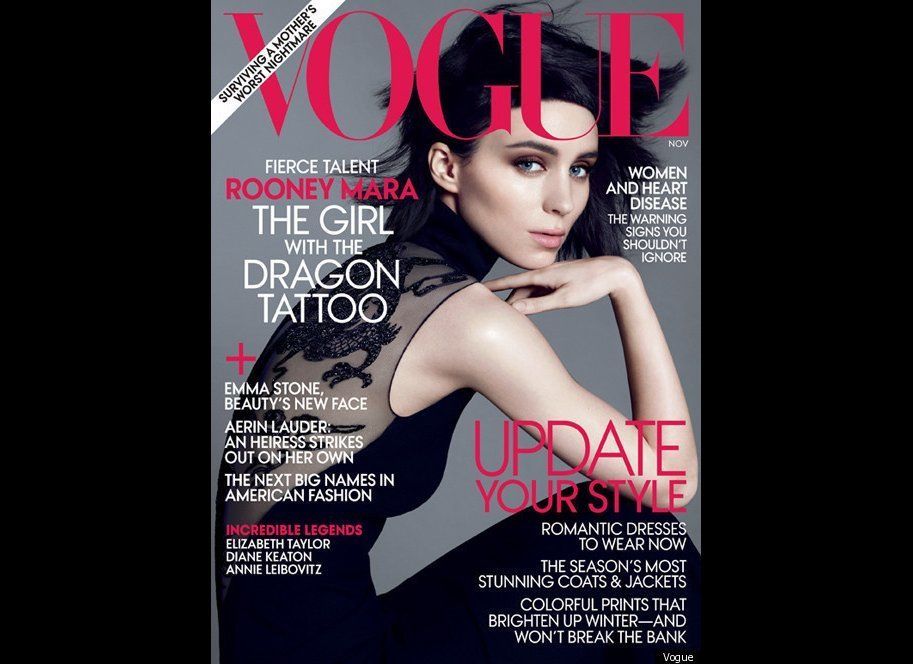