DRAKEWEATHER.COM from Tom Galle on Vimeo.

After successfully hosting 'SNL' this past weekend, there's no doubt that Drake gained a few fans, while showcasing the range of his talents from singing, to acting. But who knew in addition to actor, rapper, and singer that he would be adding weather man to his growing resume?

A couple of days ago, the website Drakeweather.com surfaced. Yes, this is a real thing, and it gives you the actual weather in your area. The site's creators 'Tom, Bob & Bert' created a page with the artwork from Drake's 'Nothing Was The Same' album cover. The sky background changes according to the current weather in your area.

Although Drake's lyrics might be the perfect soundtrack to a gray and rainy day, the site's creators opted not to include song lyrics on the site. When a user asked why lyrics weren't incorporated, the creator said he originally included them but it "got annoying and start (sic) to look like a promosite (sic) for drake..." he wrote in a tweet.

The internet loves to poke fun at Drake, usually at his expense. We can't forget the 'No New Friends' meme. There's also texts from Drake (with emo lyrics from his songs in text message form), #starbucksdrakehands and countless other viral memes featuring the rapper.

Since the DrakeWeather site went live, the internet has thrown out every pun you could imagine.

Let @Drake check the weather for you, with Drake Weather! Started from the cloudy, now we clear. http://t.co/XJ17KdLMf4

Drake is a better weatherman than Al Roker. But does he cry when it rains? http://t.co/nVuytUyotj

But overall, people seem to love it.

who needs iOS7 weather when you can have @Drake weather. http://t.co/n1Exc4H20j - internet. you are comedy. 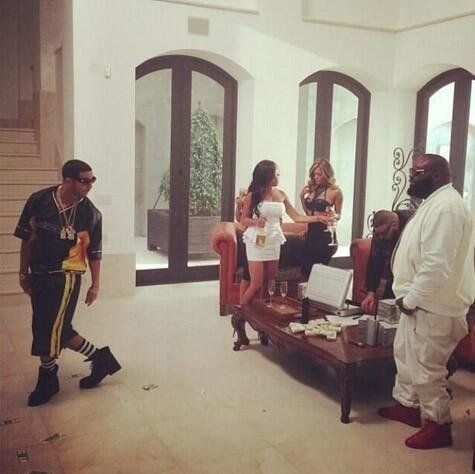