"For the first couple years you make stuff," public radio host Ira Glass stated once, "it's just not that good. It's trying to be, but it's not."

Glass' pep talk, directed at creatives but applicable to pretty much everyone, may sound familiar. "There is this gap" between your ambitions and reality, he declares, going on to explain how that disappointment is too, well, disappointing for some, who abandon the pursuit of whatever it was they were trying to achieve. "They quit," he said simply.

But eventually, those who practice will have a lot more to show for their efforts. "It's only by going through a volume of work that you will close that gap," Glass said. Below we give you before-and-after examples of artists who tried hard to do precisely that in their own work, and it's clearly paid off.

After years of practicing his observation skills, Ethan Tennier-Stuart now works as a graphic designer. 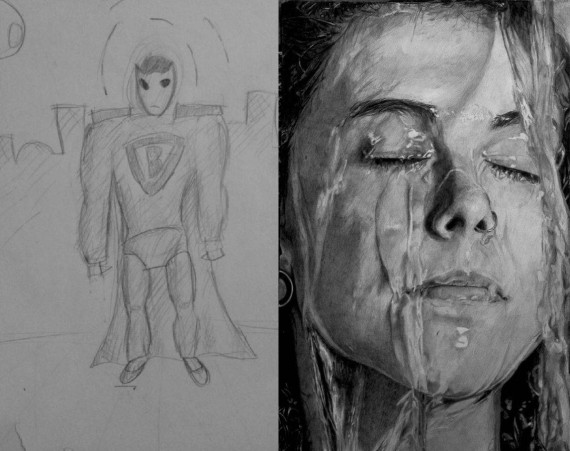 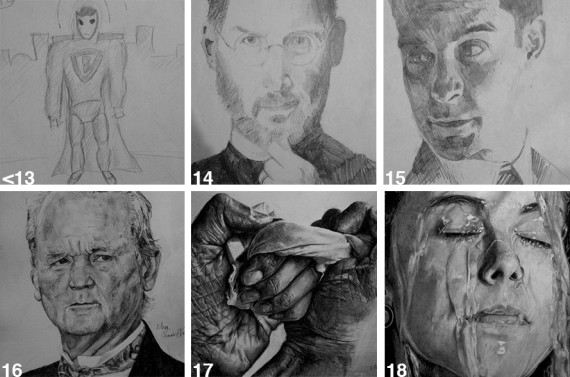 Tennier-Stuart explained on Reddit how he improved after he learned to disassociate personal bias from his subject and "see it as pure visual information." That, and a lot of doing what you love.

"All it is is time and practice," he wrote. "I think practice shouldn't be labor."

It took the self-taught Marc Allante nearly two decades to find his own unique style. 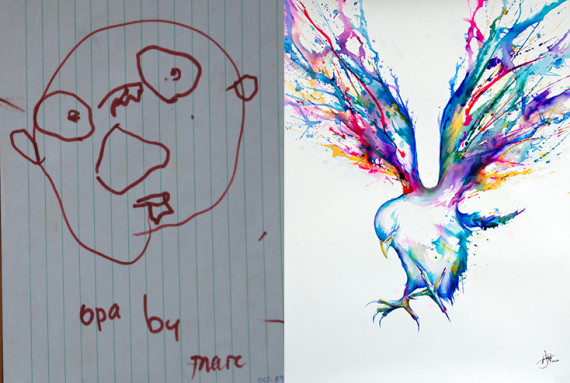 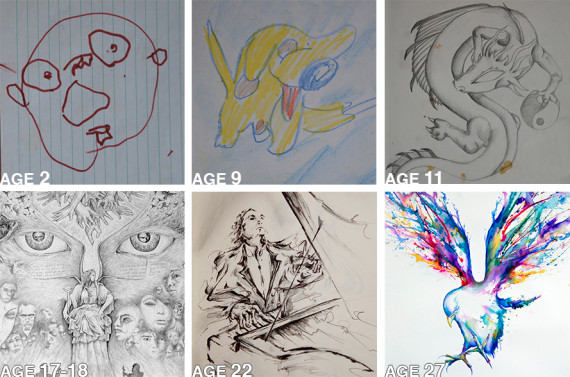 Allante now works as an artist, but he told The Huffington Post that "a huge part" of his success has been "constant practice." Still, he feels he has more to learn, visiting museums and reading technical guides to pick up any tips he can.

"It is not a static process," Allante said. "I would say to anyone who has passion for art and creating to not stop ... regardless of what gets thrown your way."

Years of drawing celebs has left Ray Sampang with some hyperrealism skills to envy. 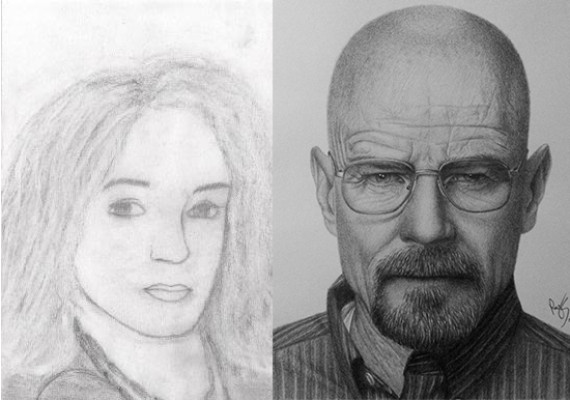 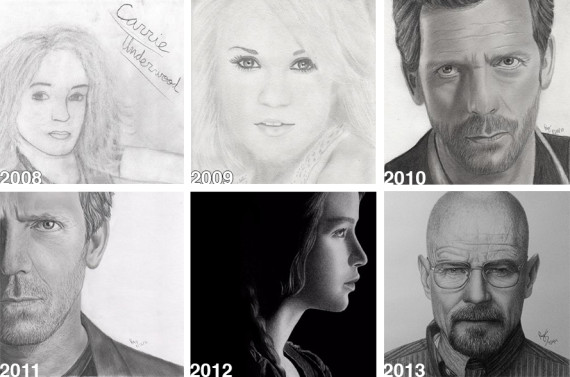 But Sampang wouldn't want you to compare yourself to him. "In the beginning," he told HuffPost, "I compared myself to other artists that were lightyears ahead of me ... and got frustrated and discouraged when I couldn't match up to them." Sampang is entirely self-taught and credits the tutorials he found online with his improvement.

"As long as you keep at it and continue enjoying what you do," he said, "you'll get to where you want to be."

Self-proclaimed dinosaur enthusiast RJ Palmer credits school for some of his progress. 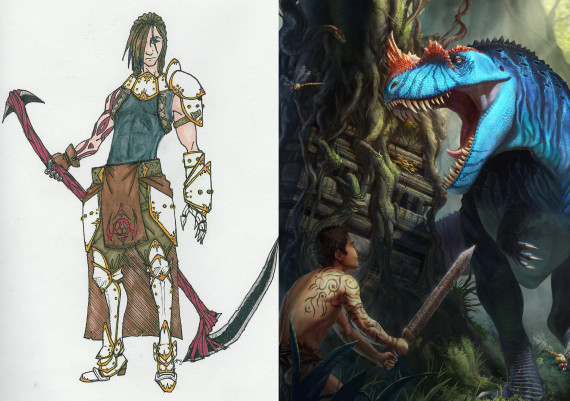 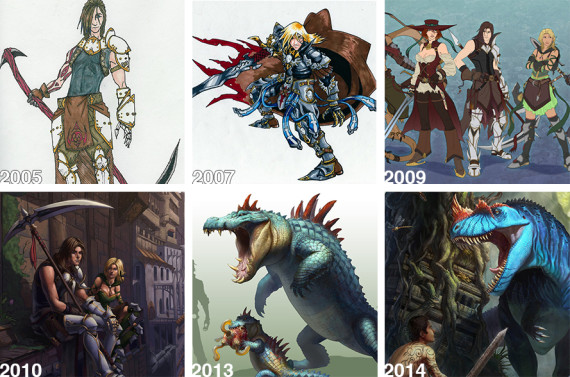 But not all of it came from school, Palmer told HuffPost. Although his experience at the Academy of Art University in San Francisco was overwhelmingly positive, simply signing up for classes won't get you all that far. "You have to really want it," he said, "and push yourself really hard to become successful."

Practice, clearly, is one thing you won't regret. 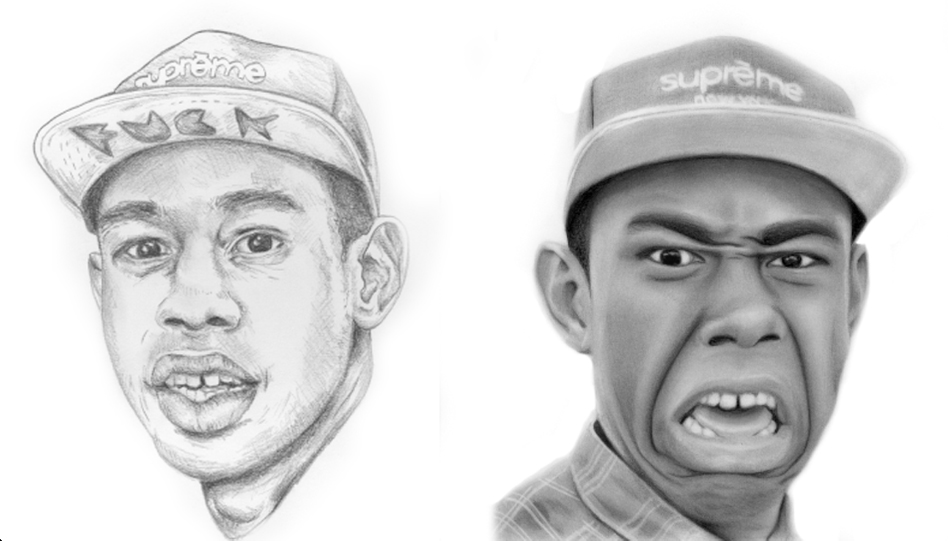 According to Isabella Addison, these two images were drawn only six months (!) apart. She now updates her Instagram feed with new drawings.

the gapArtartworkperseveranceira glass
Go To Homepage