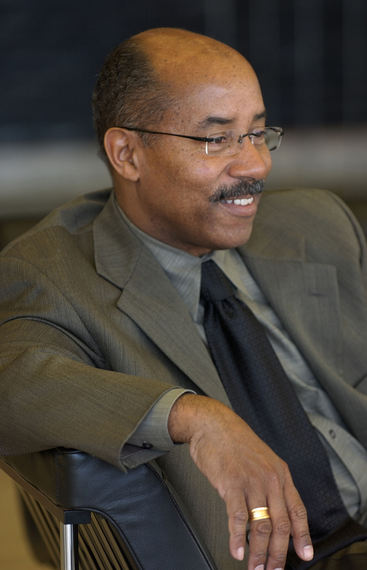 Ed Welburn was as cool as ever.

A soft-spoken man with a quiet air, he moved through the centerpiece GM exhibit at the New York International Auto Show, barely glancing at the two showcase Cadillacs under wraps, which would be unveiled at a press preview in another hour. He would pause every now and then, look at the lighting, the angle of the cars and comment quietly to one of the many GM employees bustling around the exhibition hall. 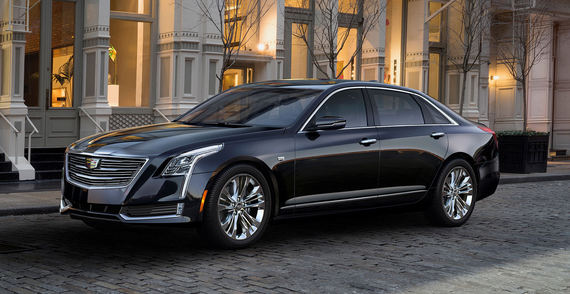 Sometimes, Welburn would suggest a slight adjustment in the scene, the type of subtle shift one might expect from a trained artist. Other times, he'd drop a word of encouragement or appreciation to anxious staff. He walked alone, observant and confident, without the trailing entourage that usually accompanies top-level auto industry executives -- particularly one who is playing such a key role in the resurrection of General Motors.

These have been trying times for GM, which last year had to recall nearly 27 million domestic cars and trucks and another 3 million overseas because of a host of dangerous engineering defects. This has been an important show for GM, which is showcasing some 80 cars and trucks in an effort to overcome the seemingly unending flow of bad news with a cavalcade of eye-catching, flashy vehicles capable of luring motorists and their checkbooks back into showrooms. On the main floor of the Auto Show, which closed Sunday evening at the cavernous Jacob Javits Center, are world debuts of the Cadillac CT6, the Chevrolet Malibu, the urban-oriented Chevy Spark, and the heavy duty GMC Terrain. Then there are minor amendments to some of GM's signature sports cars, notably the Camaro and Corvette, which are sleeker and faster than ever. 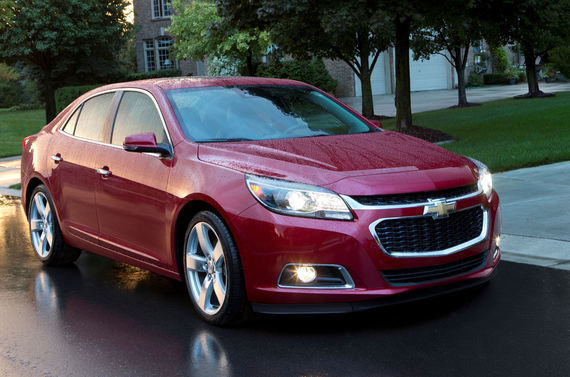 It's also been a trying few years for Welburn, a trained sculptor, GM's vice president of global design, and one of the highest ranking blacks in the auto industry. Welburn, whose father owned an auto repair shop in Berwyn, Pa., literally grew up with the car industry and was mesmerized by the sweeping designs of the big-finned vehicles that hogged the roads in the '50s.

The current edition of Cadillac CT6, for example, with its svelte shape and small, sharp angles, is reminiscent of the silhouette of the nation's stealth fighters. So are the lines on the current generation of Camaro, which is on schedule to deliver its 500,000th model this month.

These mobile artworks are the products of Welburn's design teams who collaborate via floor-to-ceiling virtual meeting rooms. His job has been to keep them stimulated and churning out new and bold ideas during a period of financial collapse and bankruptcy, followed by massive recalls due to safety issues. The difficulty is keeping the creative juices flowing with a disparate group of temperamental artists after the public acceptance of their art pieces have been compromised by the poor work of others.

"It wasn't easy," said Welburn with a sigh, walking slowly past the newest edition of the Malibu. "The key was to stay focused.

"When we went into bankruptcy there were people saying the company was doomed and all was lost. I called the team together and said stay focused. This will pass. We will get through this and when we do, people will go to showrooms and ask what kind of car have you designed?

"And when they come, we have to be ready. We have to have the designs they want. And my teams focused on that."

It wasn't easy for Welburn to "stay focused" during the bankruptcy. He had taken a lot of pride in personally redesigning the Saturn line, from the extremely competitive SUV down to the Saturn Sky, a Barbie-doll of a roadster that was incredibly fine to look at but was short on interior technology. How well the line would have moved will never be known -- GM killed the Saturn, Pontiac and Hummer lines as part of its restructuring.

Without a pause, Welburn poured energy into fine tuning GM's complete line, with emphasis on two of his personal favorites, the Camaro and Corvette. Over the last two years, problems that surfaced with GM engineering -- particularly the cover-up of faulty ignition switches -- could have sent GM sales into a tailspin. But the designs kept the cars afloat.

As the ignition crisis and the recalls accelerated, Welburn had another virtual group conference. "We had the same talk," he said. "I told them to just stay focused on what we do best, and make sure we aren't contributing to the difficulties the engineers have.

"We had to make our designs attractive to the public, and something the engineers could readily relate to because they, too, would be getting past these troubles."

The designs kept coming and so did GM's customers.