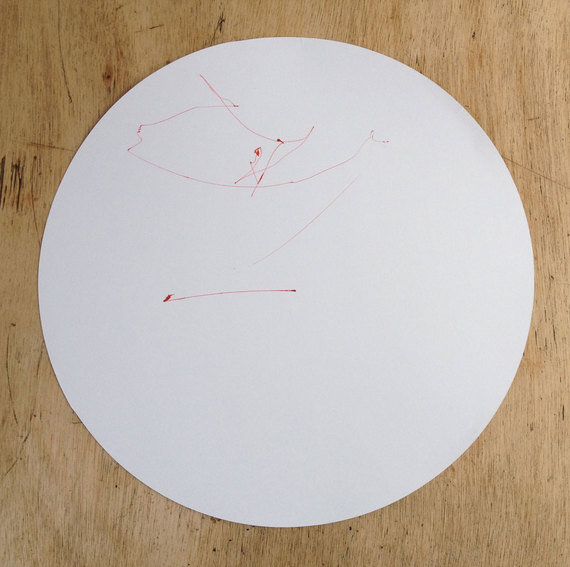 Today we sailed around the entirety of the island of Papa Westray. Onboard aside from the Clipperton Crew is IVANOV, CHAN and their young daughter. IVANOV & CHAN are the founders and curators of Land Art Papay and Papay Gyro Nights as well as various other projects here in Papa Westray, Hong Kong and beyond. Land Art Papay has conceived the project "Mapping Papa Westray" in conjunction with the Clipperton Project's arrival.

My contribution will be Drawing no.03 along with photographs of the sea on each side of the island while Struan Kennedy creates short films that reference the regions mythology and folklore, Jean Harlow interprets the islands landscape in a metaphysical context through drawings and the rest of the crew and passengers document the voyage with photographs and videos.

I loaded the machine moments before we hoisted the anchor, today's drawing will be the first done with red ink. Sailing out of the bay of Moclett on Papa Westray's most southern point the skies were clear and the sun was plentiful with glassy seas and little to no wind. These conditions required us to rely on Selkie's motor for the entire trip up, around and back. 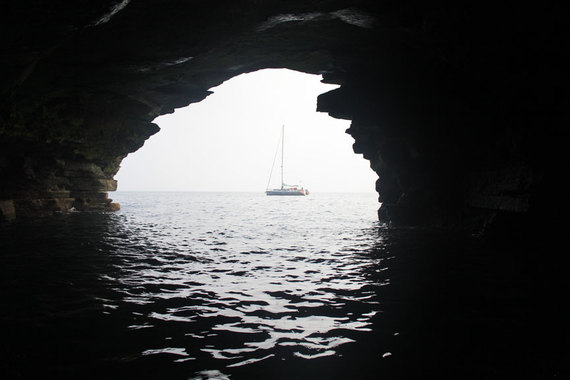 Sailing up the East Coast we passed by the island of Holm and could see the Neolithic communal burial tomb on its highest hill. Soon we came to a string of sea caves carved out of the cliff face that is made up of flagstone. We stop here for a while and took the zodiac out to explore the caves and their interior chambers. 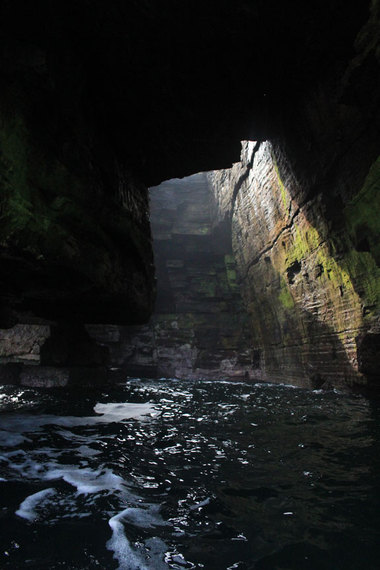 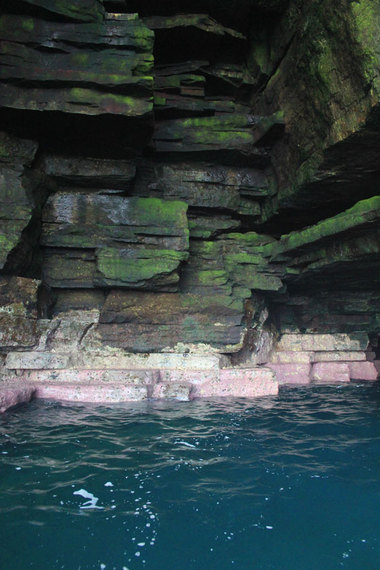 Back on the Selkie and continuing North the drawing machine was very quiet and was slowly etching a mark across the paper.

When we came to the Northern tip of the island we sailed into what is known as "The Bore". The Bore is a notoriously dangerous tidal race where the Atlantic Ocean meets the North Sea and the tides collide with one another evident by the swirls of water on its surface even on this absolutely calm day. During storms the even the sea bed, some 40 m below, is scared by these cross currents. Today however remained the calmest we had seen during the expedition. There was some rocking of the boat but nothing even as strong as that which we had encountered on the sail to Sanday during Drawing no.01.
The turbulence, however mild is evident on the drawing, but soon the machine returned to its slow scrawl noting the still waters of Papa Westray's West Coast. Sailing South we pass the Knap of Howar, a settlement that has been dated to about 3700BC. These two stone houses resting in the hillside just above the sea are thought to be the oldest preserved domestic dwellings in northern Europe.

Coming full circle, soon we were sailing into the quiet bay of Moclett. 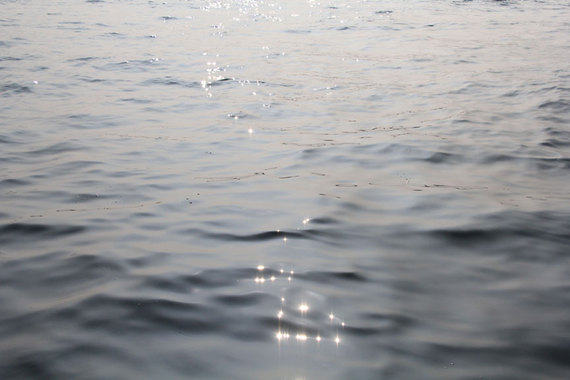 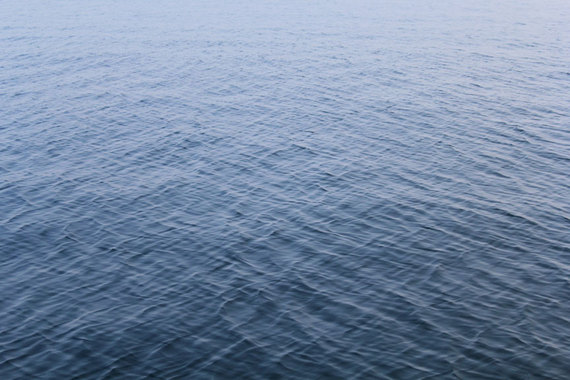 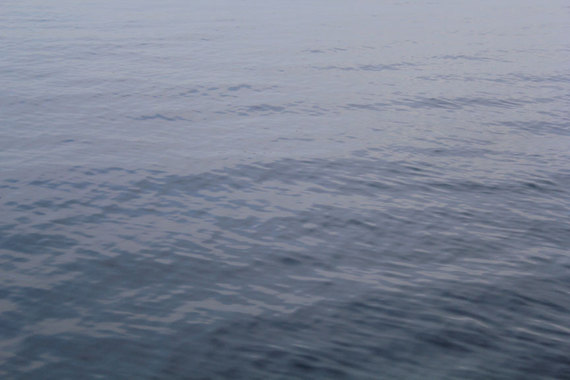 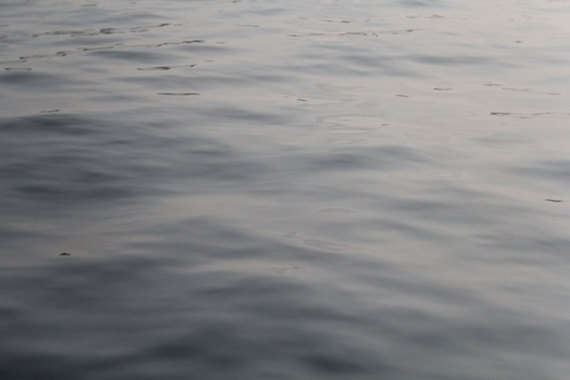