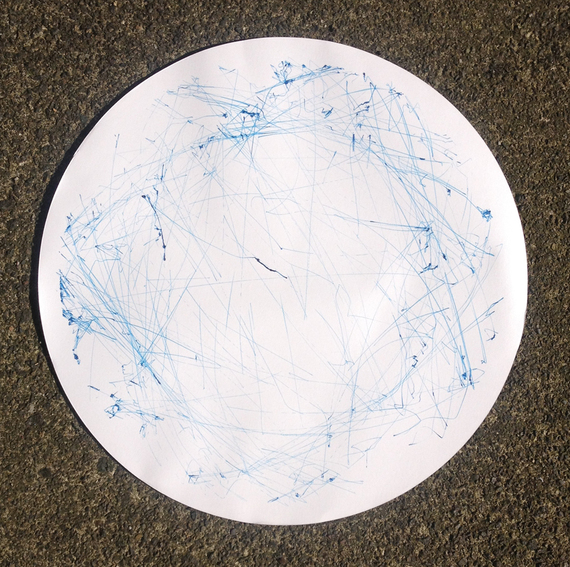 We pushed off on time today with visibility much better than when we sailed into Stromness on the 17th. Celia, Dylan, Struan and myself were all that are left onboard now. Jean, Paul and Sully departed this morning and were on their way to Kirkwall tomorrow. Raising the mainsail while still under anchor we motored out of Hamnavoe Harbor. The Hoy High Lighthouse on the island of Graemsay was clearly visible and we moved towards it until we cleared the cardinal buoys then we turned west for the Atlantic Ocean. The cliffs of Hoy were revealing themselves through patches of fog and we sailed with them to our portside. 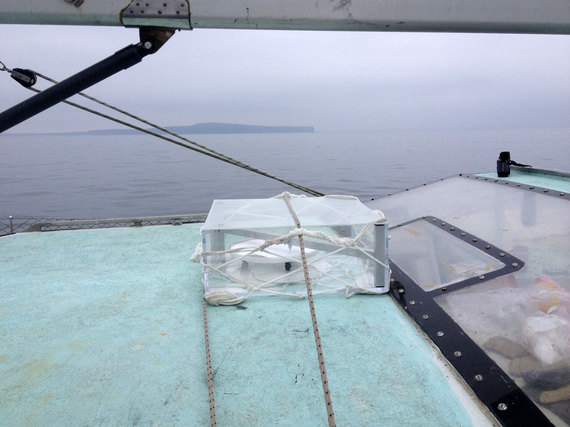 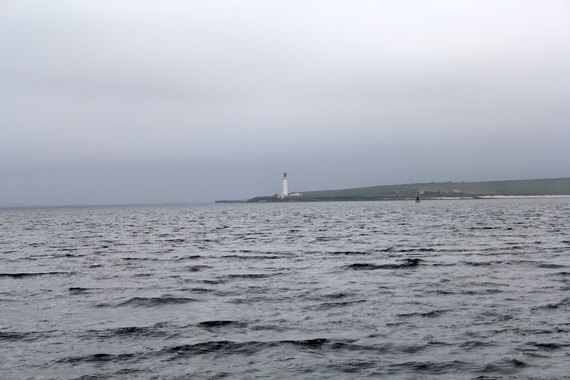 Once out to sea we changed our bearing for south and sailed down the coast of Hoy. Its majestic cliffs were stunning and soon the famous "Old Man of Hoy" came into view. He stands proud and prominent, I thought of the Vikings who had sailed before us gazing at him just as we were now. The drawing machine was secured atop the roof of the cabin charting our movements, as is its duty. 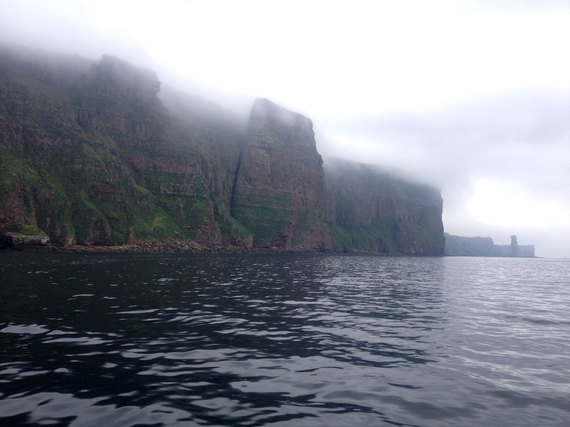 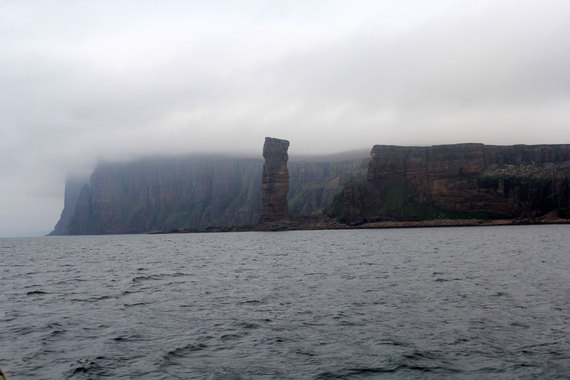 Rounding the southern tip of Hoy we sailed for the North Sea now and the east coast of Scotland's mainland. Our bearing was taking us straight through the Pentland Firth and the dangerous tidal race known as the "Merry Men of Mey." Pentland Firth is one of the more dangerous places to sail in this area and has some of the fasted tidal races in the world. Numerous sailing websites warn that yachts should avoid it at all costs. In storms or high seas this collision of the North Sea and the Atlantic Ocean set between the Scotland's mainland and the Orkney Islands is notorious for creating deadly conditions for sailors and their ships. On this day the seas were still and shy allowing us to pass with only the knowledge of what could be and the visible whirling of waters beneath us. There were however, enough disturbances to allow the drawing machine to stay busy marking our movements of what was turning out to be the most active drawing thus far.

Drawn At Sea: Drawing no.05 from j.frede on Vimeo.

We sailed through the Inner Sound, which lies between the island of Stroma and the mainland. Rounding Duncansby Head, sailing through the race of the same name, we turn south for Wick, which we reached after six in the evening. Coming into the small marina I couldn't be more pleased by todays drawing, it was by far the most active day of sailing and passing through several famous tidal races which were perfectly translated as Drawing no.05. 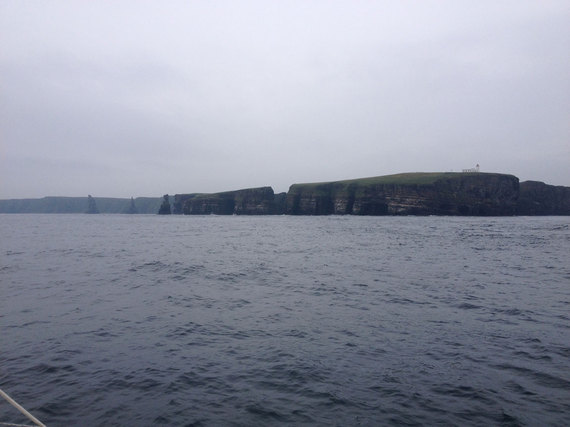 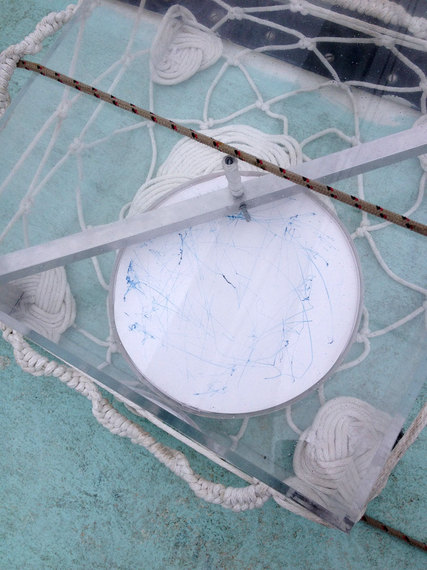