A reflection on the political climate in the Democratic Republic of the Congo by Sébastien Brack, Political Officer at the Kofi Annan Foundation.

According to its constitution, the Democratic Republic of Congo (DRC) is supposed to organise presidential elections by the end of the year, but it is increasingly obvious that the deadline will not be met. The question putting the whole country on tenterhooks at the moment is what happens next? Is the DRC heading towards another crisis?

The level of anxiety palpable in Kinshasa these days may surprise those for whom elections are merely routine, technical exercises affording political rivals a peaceful mechanism to arbitrate their competition for power. In the DRC, there has never been a peaceful transition of power from one democratically-elected leader to another. And the stakes this year are particularly high.

To be fair, the technical challenges of organising national elections in the DRC are daunting. Though approximately the size of Western Europe, the country has fewer kilometres of paved roads than Belgium. The last census of the population took place in the eighties. There is no civil register. The voter register was already judged superannuated at the last elections in 2011 and the budget requested by the election commission (CENI) for this electoral cycle represents over 12% of the state's overall annual budget. Finally, there are still armed groups operating in the east of the country.

President Kabila himself has never explicitly expressed any intention of hanging on, but many in his entourage have advocated it, and the opposition sees the delay of the elections as just the latest in a series of dilatory tactics aimed at prolonging his tenure. The Constitutional Court's ruling in May that the incumbent can stay in office until a new president is elected only fuelled these widespread suspicions. 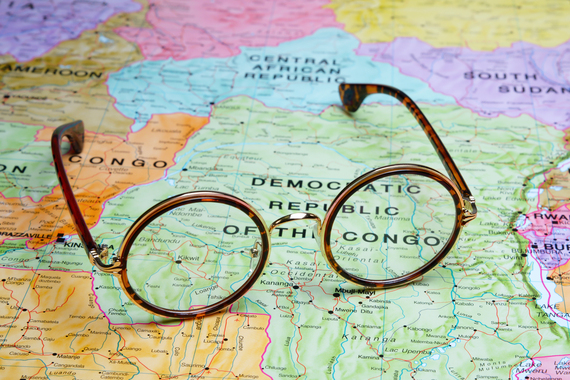 The government has indeed had five years to prepare for these elections. The CENI published an electoral calendar in February 2015 with milestones that were ignored and a budget that was never forthcoming. The commission has now embarked on an ambitious 16-month overhaul of the voter register. This will no doubt improve the credibility of the register, but it will also make it impossible to meet the constitutional deadline. Even this new time frame is conditional on the disbursement of funds at the right junctures, which is far from certain. And those sixteen months do not include the actual organisation of the elections, which in a country of the DRC's size and complexity, will take many more months, with potential further delays, especially if the CENI decides to organise local elections before presidential and legislative elections.

The controversial ruling by the Constitutional Court may have made the extension of President Kabila's term beyond the constitutional deadline legal, but it has not made it legitimate in the court of public opinion. The country is likely to become increasingly restive if, or rather when, that deadline is missed, especially if there is no prospect of an orderly transition. This political uncertainty is taking place against a worrying backdrop of increasing economic hardship due to falling commodity prices, falling purchasing power, and high youth unemployment.

In a bid to avert a crisis, the international community has been encouraging the government and the opposition to find a negotiated solution through dialogue. The African Union (AU) has appointed a facilitator, Edem Kodjo, to steer this delicate process, but he has never been accepted by the opposition. Finally, in Addis Ababa in July, the opposition agreed to this facilitated dialogue on the condition that it be supported by the international community (UN, EU, OIF, CGLR). But can they agree? Both sides seem to think that time is on their side. They cannot both be right. To this observer, DRC's politicians are dancing on a rumbling volcano.

Sébastien Brack is the political officer at the Kofi Annan Foundation. Prior to joining Kofi Annan's team, Sébastien was an election campaign director and, before that, a delegate of the International Committee of the Red Cross in the Middle East, Africa and South Asia. He is a graduate of Oxford University and the Diplomatic Academy of Vienna. The views expressed in this publication do not necessarily reflect the views of Kofi Annan or the Kofi Annan Foundation.