You know that sounds, smells and situations can invade them; spicy food can disrupt them; and certain medications spin them out of control. But not in your wildest dreams (maybe) did you think these could play a role.

Being nude, unable to move, using hand tools, making love to a celebrity (or all of the above at once)? Erotic and perverse dreams are more common among stomach sleepers than among those who favor other positions, found a Hongkongese study (face down in the pillow, privates pressed, you can imagine how). Meanwhile, Turkish researchers found that people who usually sleep on their left side have more nightmares and bizarre dreams, whereas those who slept on their right have mellower ones, with themes of relief, joy, peace and love. No surprise, right-side sleepers also felt better rested and less dysfunctional in their waking hours. (Note: A favored position is one you're in prior to sleep and when you wake in the morning.)

There's a little-known payoff to all those years of elementary school band. The younger people were when they started taking music lessons, the more often the sound of music permeated their dreams. Researchers at the University of Florence's Sleep Lab who discovered this also found that starting formal training at an early age, when the brain was developing rapidly, had more influence on how often people experienced musical dreams than the total number of years they had lessons, or even how many hours a day they played or listened to music. Bonus finding: 28 percent of these dreams featured music the dreamers had never heard before, suggesting that we really can create original art in our sleep.

#3: Your Love of Cheddar Over Blue Cheese

Despite all the hearsay about dream-inducing edibles, there's not a lot of science yet, says Tore Nielsen, PhD, a professor at the University of Montreal and director of the Dream & Nightmare Laboratory at the Hôpital du Sacré-Coeur in Montreal. But take heart, experimentalists. In a preliminary, yet-unpublished study, he and a colleague discovered that the most commonly mentioned dream-disturbing foods contained dairy (milk, cheese and yogurt, pizza and poutine -- a cheesy Canadian dish). Interestingly, an informal study by the British Cheese Board also found that cheddar (2/3 ounce, a half-hour before bedtime) inspired the pleasantest, most memorable dreams (with celebrity appearances, no less), while Stilton, a stinky blue cheese, made dreams freakier. Nielsen explains that when dairy dreams are distressing, the problem could be an undiagnosed sensitivity to dairy (indigestion, cramping, gas), which is incorporated into the dream as disturbing symbols or emotions.

Research finds a connection between magnetism and melatonin: The fewer fluctuations in the earth's magnetic field (geomagnetic activity), the more dream-inducing sleep hormone the body produces. Inspired, Darren Lipnicki, a psychologist formerly at the Center for Space Medicine in Berlin, recorded his dreams for eight years -- he then looked up the records of geomagnetic activity closest to where he lived and found a statistical correlation. After two or more days of an unusually calm magnetic field -- and (presumably) higher melatonin -- his dreams were much more vivid and bizarre than they were following stormier phases (when melatonin may have been suppressed). As oddball as this preliminary study sounds, it's not alone.

If you're a night owl and happen to be female, you're especially prone to having nightmares, Nielsen found. One theory, he explains, is that go-to-bed-late types wake up at an earlier-than-usual circadian phase, in which dreams (or nightmares) are their most intense -- and memorable. Another is that evening types have more REM cycles nightly (that is, more opportunities to have nightmares) than others, especially when they sleep in on weekends. But Nielsen contends that the distressing dreams may be primarily a manifestation of mood disorders such as depression and anxiety, which prey on more owls than larks. The best advice, he says is to experiment with going to sleep earlier. If that's not realistic, he recommends “imagery rescripting”: a technique for “rewriting a bad dream” by reviewing it during daylight hours -- usually with the help of a psychologist -- and playing it back with a different twist or ending.

The more you play video games, the more control and awareness you'll have in your dreams -- like playing your "character" in your sleep, found Jayne Gackenbach, PhD, a psychologist at Grant MacEwan University in Canada. She explains that serious gamers get a lot of practice maneuvering in a virtual environment -- a skill that may translate especially well in the context of a dream.

#7: The One Thing You Want to Avoid

Just try to quash undesired thoughts -- about urges, exes, hair loss, deadlines, white bears, whatever -- and they're more likely to rebound in your dreams, jack-in the-box-style, found a study at the Goethe University of Frankfurt. (The prefrontal cortex, which usually keeps these things in check, goes offline as you dream.) The researchers tested this by asking volunteers to suppress an unwanted thought for five minutes prior to sleep. Not only was the thought likelier to intrude in their dreams, but suppressing it also led to more nightmares overall. And when you already have a lot on your mind, the one thing you're avoiding is even likelier to rebound. But, as Sigmund Freud pointed out, there's a bright side: "A wish suppressed during the day asserts itself in a dream." That is, the fantasies you deny or otherwise make taboo are also likelier to play out in your sleep. 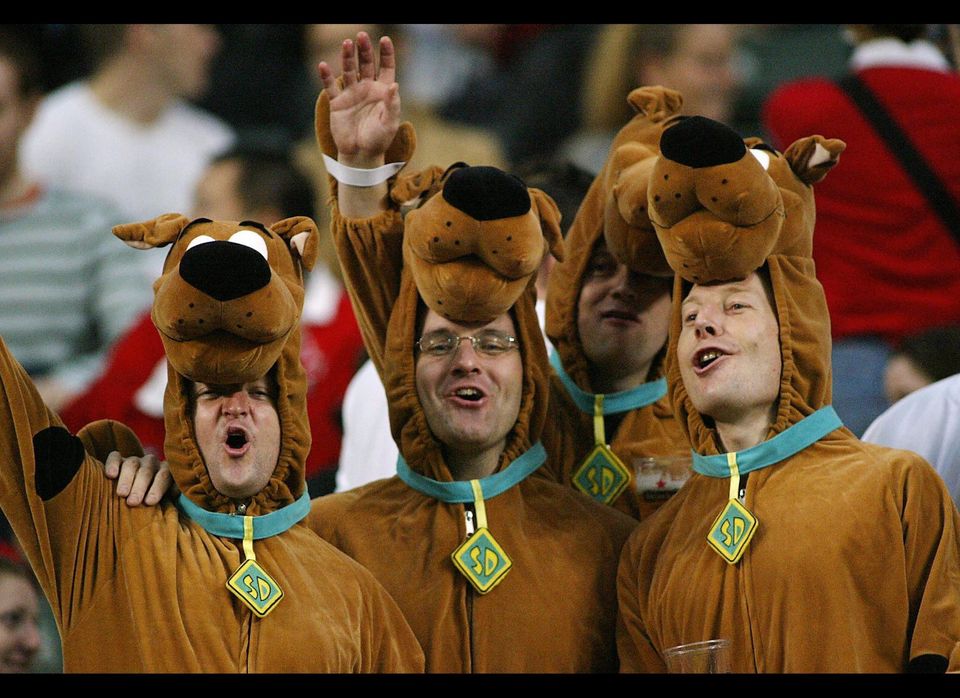 1 / 15
Scooby Doo
"My 2-year-old son has on more than one occasion said 'I know your secrets...' Fortunately my husband recognized it as a line from a Scooby Doo episode he'd watched earlier." - <a href="http://www.reddit.com/user/nevershagagreek" target="_hplink">Nevershagagreek</a> (Image via Getty)