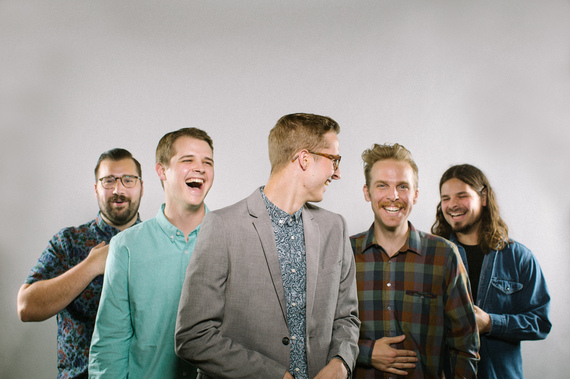 Lots of families sing together, but it's not every day that they decide to turn it into a career.

Oregon-based brothers-turned-bandmates, My Brothers And I, have been lighting a fire under the Pacific NW music scene, and with the release of their debut album for Portland label Expunged Records, "Don't Dream Alone", the rest of the world is catching on.

These boys are so rowdy and fun. I totally love them, so this week I caught up with My Brothers And I to chat about the video, their new record, upcoming tour and more.

You can read my conversation with the Wurgler brothers below, but watch the premiere of their new video, "Dream", first:

Logan Lynn: How did My Brothers And I first get together?

Erik Wurgler: As brothers, we all played music growing up, but we never played together. A couple of years ago all of us were playing in bands when David showed us a song he wrote called Nowhere to Run. That's when we all decided to focus on writing and playing together. So, we worked up a set and booked our first gig. We sent out text's to our friends saying: "Hey, my brothers and I are playing a show together." And the name stuck.

Logan: That's pretty cute. And how did you get hooked up with Expunged Records?

Scott Wurgler: We posted our Live Sessions video of "Nowhere to Run" on YouTube. It first caught the attention of an artist manager in LA (Kyle Kuhns). After we decided to work with him, he got the attention of Expunged using our YouTube video. Anthony, owner of Expunged Records, came to see us live before he signed us. I remember it was our first headline at the Doug Fir Lounge in Portland and David our lead singer was so sick, he barely had a voice. But I remember Anthony saying the way we all played and performed, despite the lead singer being sick, is what convinced him to sign us.

Logan: That's awesome. Who are some of your favorite old Portland bands?

Scott: I hate to say old, but Modest Mouse, The Decemberists, Blind Pilot, the usual suspects. It's actually super crazy we're on the same label that Blind Pilot started on when they did the freshman and sophomore albums. We grew up an hour south of Portland, in Salem. And Salem's best band back in the day was The Strawberries. They were HUGE in Salem, I'm telling you.

Logan: Yeah. "Old Portland" as in...how Portland was before it became a thing. How about some "New Portland" bands?

Logan: You guys are on the top of my "New Portland" list -- not that I even have one. (laughs) What are you listening to right now?

David: Speaking of which, I would absolutely love to sing with Adele. Our voices would blend so well. We all really love her style, too. She keeps it real.

Logan: I fully support this collaboration. For someone who has never heard you guys play, how would you describe your sound?

Erik: I usually use words like "soul", "groove", "harmonies". Our sound is all about David's voice. Having such a good singer gives us freedom to be a little more eclectic with the music; his voice being the glue that helps connect and create our sound.

Logan: Ah, yes. That voice! Tell me about your new record.

David: "Don't Dream Alone" is the title of our debut album. It's full of infections grooves and catchy hooks. We recorded with Skyler Norwood at Miracle Lake studios in Washington. It's a product of collaboration. We have multiple songwriters and everyone contributes and that's why we believe our music is so good. We all challenge and push each other. The title reflects that. This album is all of us dreaming together.

Logan: That sounds very sweet. Will you be touring this year?

Erik: We will be on our full fledge tour in March, but technically that's next year. We also have some dates opening for Allen Stone coming up soon in December and then a few one offs to places like Seattle and our home city before the madness starts!

Logan: What's this new video all about?

Scott: The song "Dream" is about dreaming big; not being afraid to dream beyond what we think we can handle...dreaming beyond ourselves and even with and for other people. The storyline for the Dream music video is really just the storyline of real life. Expunged gave us money to make a video so we threw a huge dance party with our friends and closest fans in a warehouse and filmed it. We wanted to celebrate with our friends, including all the people that have been supporting us from the start. We're super happy with how it turned out - it's ridiculous, it's silly... just like us. We hope it makes you smile. 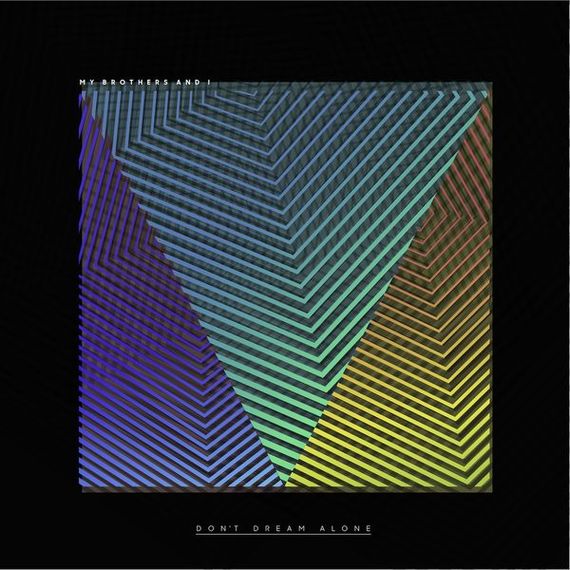