The novel, which follows the bond between three generations of women during the Cuban Revolution, was taken out of the curriculum by Sierra Vista school administrators after a mother complained her son’s 10th-grade English classroom had been asked to read sexually explicit passages aloud.

A complaint by an unnamed parent, detailing the same scenario, was e-mailed to the Education Action Group Foundation website earlier this week. The non-profit organization posted the content of the e-mail as well as the excerpt and picture of the sexually explicit passage the parent was citing.

Below is a picture and an excerpt out of the book Dreaming in Cuban by Cristina Garcia.

This is a 10th grade literature book that was used in my son’s class at Buena High School in Sierra Vista, Arizona. The whole class read this book out loud during class. Everyone in the class had a copy of this book.

This book was recommended by Common Core Curriculum.

The following excerpt is taken from page 80:

“Hugo and Felicia stripped in their room, dissolving easily into one another, and made love against the whitewashed walls. Hugo bit Felicia’s breast and left purplish bands of bruises on her upper thighs. He knelt before her in the tub and massaged black Spanish soap between her legs. He entered her repeatedly from behind.

“Felicia learned what pleased him. She tied his arms above his head with their underclothing and slapping him sharply when he asked.

“In the morning he left, promising to return in the summer.”

“Dreaming in Cuban” has received critical acclaim since its publication in 1992 and was also a finalist for the National Book Award. In response to the controversy, the Cuban-born novelist said these types of complaints had never occurred before and should not be a reason to deprive students from a broader cultural experience.

“Many works, not just mine, are misinterpreted or misguidedly banned because of the limitations and short-sightedness of a few,” García told the Associated Press, adding that she’s willing to visit the school district to clear up concerns.

Toni Morrison’s Pulitzer-prize winning novel “Beloved” once faced similar challenges after parents complained its sexual content and violence made it unsuitable for classrooms. The book is widely read in high schools today and is featured at The Library of Congress in an exhibit titled “Books That Shaped America.”

Sierra Vista Superintendent Kriss Hagerl said the district was not aware of the content in “Dreaming In Cuban” and in the future would ask parents for consent concerning literary works with sensitive material.

It's not the first time a school in the state of Arizona has made headlines for banishing a Hispanic-authored book from classrooms.

The Arizona legislature voted in 2010 to ban courses that advocate the overthrow of the U.S. government, foster racial resentment or promote ethnic solidarity. The legislation specifically targeted a controversial Mexican American Studies curriculum in Tucson that conservative lawmakers accused of politicizing the students. Independent research found the courses raised student achievement and a state-commissioned audit recommended expanding the classes.

When Tucson Unified School District formally suspended the classes in January of 2011, administrators plucked seven titles -- almost all of them by Latino authors -- from classrooms, citing their involvement in litigation. The books remain prohibited from instruction in Tucson. 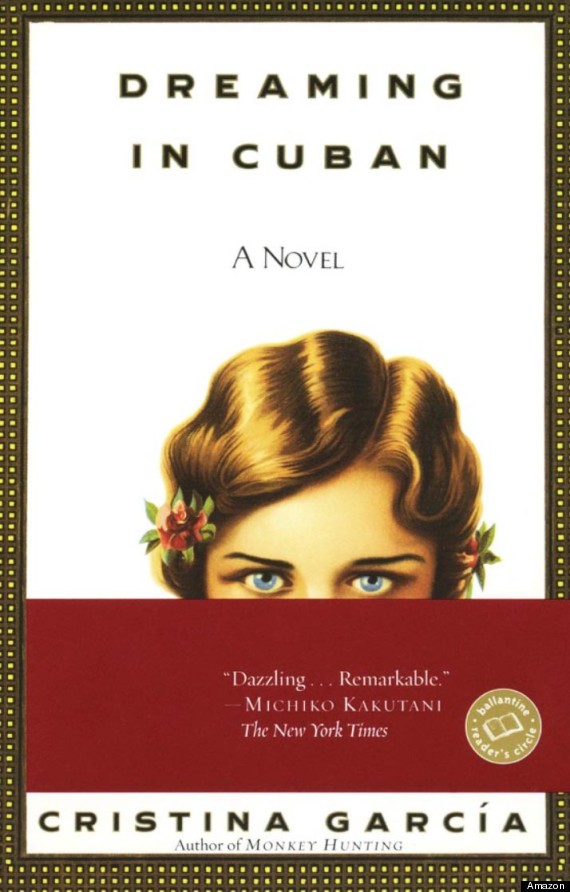 Latino Books Once Banned In Arizona