America is a land of opportunity, and there is no greater potential for positive change than America's film industry. It can stereotype but it can also humanize. It can fuel war propaganda but it can also provide glimpses of hope for peace. It can rationalize espionage and torture, but it can promote human rights and human dignity. 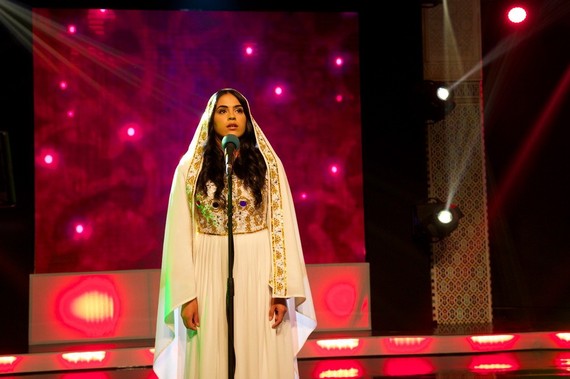 Rock the Kasbah, a film starring Bill Murray as a talent manager in Afghanistan, gives us hope that Hollywood is going beyond the stereotypes of Islam. Barry Levinson's film can be a turning point for the image of Muslims on the silver screen, one of change for the better, moving away from the depiction of sex-craved, blood-thirsty and cruel caricatures.

Yes there is the warlord character in the film, but the key leader is heard loud and clear that he wishes to pray for peace and not pay for more bullets. Yes there is a convulsion in response to an Afghan woman named Salima singing in public, but Afghan society embraces her. Salima says she must pursue singing since it is a gift from God. Yes there is hypocrisy of men using Islam to impose puritanical shackles on women while living lavish lifestyles in mansions littered with whores, but that is the truth.

Amidst the corruption, we find humanity rising from the rubble and liberated from the oppression. We find humanity of the Afghan people and the beauty of Afghan culture as the contradictions illustrated in the film manifest themselves with heroes changing the status quo -- an American talent manager and an Afghan woman singer, along with the courage of the host of Afghan Star, similar to American Idol, to go ahead with the show featuring a woman singer. The humanization of the Afghan people unfolds throughout the film and it climaxes with Salima singing "Peace Train" by Cat Stevens, whose serene songs are woven throughout the story, and Afghan audiences smiling and laughing and finding tranquility.

What is hopeful is that people walk out with an appreciation for the complexity of any foreign culture and within any religion, as well as separating human aberration from religious principles. What is inspiring is that the filmmakers made an effort to give space in the production for these positive images. Future filmmakers should not settle for caricatures but rather show the human faces of Muslims throughout the world and build bridges of human relations between the American people and the Muslim peoples.

I hosted a screening of Rock the Kasbah and had the privilege of interviewing an actor in the film, Faheem Fazli who played the father of Salima. He said this was the first time in his 25-year acting career that he didn't have to play a terrorist. He also mentioned his 16-year-old daughter who has the opportunity to fulfill her dreams, to become a singer or whatever she wants to do. That's what this film represents to many -- a dream. Hollywood is good at instilling a dream in all of us to find the truth and give opportunity to the oppressed. Afghans have suffered and survived so much difficulty, and it came through in Salima's personal story of triumph. For that precious jewel in a backdrop of darkness, we as Muslims must applaud such an endeavor and engage in partnership.