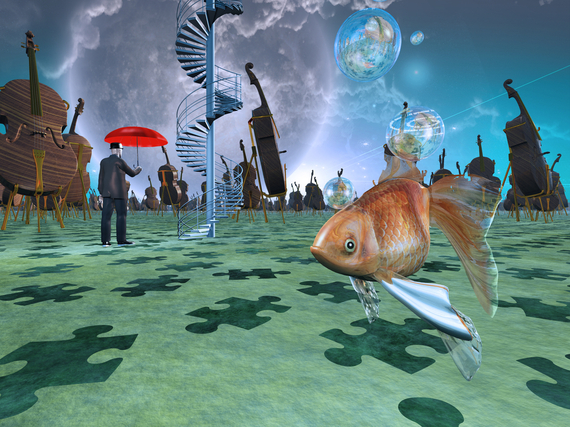 By Daniel Oldis and Marjorie Noble via DreamsCloud

"Mark's" late grandfather is a goldfish. Mark and the goldfish are playing chess. As Mark prepares his checkmate move, a hammerhead shark knocks over the chessboard and demands the $13 that Mark owes him. Mark's late grandfather flops off the table and into the fishbowl by a plaid couch. Mark pulls money from his shoe and counts out two fives and three ones; but before he can hand the bills to the shark -- who is now sitting on the couch smoking a cigarette -- his grand(fish)father leaps out of the fishbowl and eats the money.

Welcome to the world of dreams!

Like Mark, when we dream, we accept and often do not question the bizarre and implausible happenings within our nightly narratives. But why do we -- and Mark -- accept this? If we press Mark a bit on the details of the dream, he may be able to remember and describe his logical chess moves and the money counting.

Another example of the inconsistency of dream logic comes from "Susan," who dreamt that she was performing in a play. Susan, who had not acted in a play for years, was again a young woman:

I was walking behind the leading lady when she suddenly collapsed and water was dripping on her. I ran over to her and felt water dripping on my back and head. The roof was leaking. I was very puzzled why she fell down and decided some plaster must have fallen on her. I looked up and there was a hole in the roof. I dragged her over to the side of the stage and began pulling the curtains.

Although Susan did not question her recovered youth, she was able to use her logic to analyze the problem with the falling plaster and leaking roof. 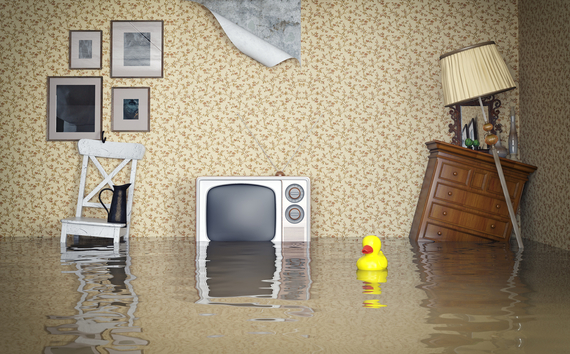 Why do dreams allow belief in the impossible, yet still retain some logical thought?

Theories explaining why we accept the altered reality of our dreams are most often associated with the research of Sigmund Freud. Freud believed that dreams play out a healing or an emotional process. Whether to help us resolve life issues or personal conflicts, the dreamer needs to believe the dream experience to be real.

According to Freud, to keep us believing in our nightly narratives, our subconscious represses doubt and critical thinking. Freud believed in dream symbols. In Mark's dream, there may have been some anger or hostility in his relationship with his grandfather (shark), something possibly related to symbols of self-worth or personal values (money). Regardless of interpretation, the dream needs Mark to believe its veracity to work its therapeutic magic; if Mark realizes that his grandfather is not a goldfish, he may wake up laughing or disappointed that he merely beat a fish in chess.

Another explanation points to the unexpressed wish. In the context of Susan's dream, she may be fulfilling a wish to be young and on the stage acting again. The roof may symbolize success, but it is falling (failed career?) and she needs to protect the leading lady (mother?). The dream will not allow her to utilize her logic (which was applied to the rain and falling plaster) to question the reality of the story. The emotional healing or learning function of the dream requires belief. 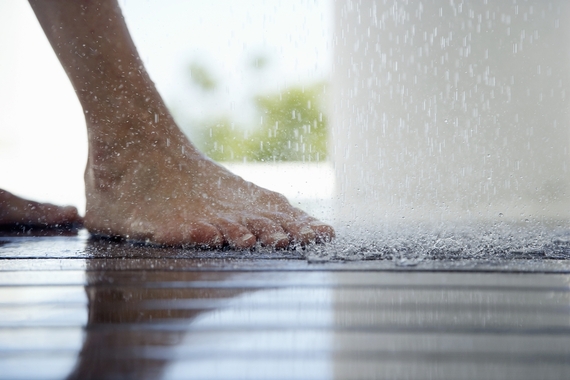 Challenging the idea of dreams having a purpose, psychologist Allan Hobson saw dreams as makeshift stories stemming from random brain activity. In a sense, the dreamer makes the best of a bad script, and the result can be nonsensical. Because areas of the brain that sustain working memory are weakened, logic is compromised during dreams. Hence, the dreamer accepts bizarre situations and shifts in time and space as real. Mark's chess moves and Susan's avoidance of the falling plaster are somewhat logical but fuzzy.

Some of the most memorable and vivid dreams we have are as children. Who hasn't dreamt of being chased by a monster or two during those formative years? Psychologist Jean Piaget, who studied children's dreams, described how children's acceptance of dreams gradually change from belief of dreams as reality to knowing that dreams are but a story inside their heads. Perhaps we begin our sleeping life believing that dreams are real because we are born dreaming. Newborns are in REM an average eight hours per day. REM is the sleep period considered most favorable for ordinary dreaming. The dream world is, in many ways, our first and natural world, and the waking world with all of its rules comes later.

As we grow up, we alternate between dreaming and waking. When we go to bed, our brains relax to the Oz-like land of dreams. When we awake, our brains expect "reality."

Dreaming for Mark and Susan -- like many of us -- is akin to watching a movie -- simply a suspension of disbelief. Like Dorothy in Oz, we believe -- until we wake.

DreamsCloud is a place to log and share your dreams, keep an online dream journal, learn more about dream meanings and receive professional dream reflections. They offer a free app for iOS called DreamSphere and curate one of the largest available online dream dictionaries.

Marjorie Noble is a published author with a lifelong interest in dreams and alternate realities.