Oh, dreidel dreidel! More than 500 Yeshiva University students will attempt to break the Guinness World Record for the most dreidels spun simultaneously during an appropriately titled event: Dreidelpalooza.

The current record -- set in 2005 by Temple Emanuel in New Jersey -- stands at 541 dreidels spinning at once. At Yeshiva, at least 542 spinners, led by students Jason Katz and Fiona Guedalia, will have to set their Chanukah tops into simultaneous motion for ten seconds in order to break the previous record.

Katz told the New York Daily News that "people are really excited...It's something everybody who's involved can tell their kids, tell their grandkids -- I was part of a world record."

Those invited to witness the momentous occasion are encouraged to donate money to Students Helping Students, an organization devoted to raising scholarship funds. According to the event's website, close to 80 percent of YU's student body relies on financial aid to pay tuition. Dreidelpalooza's monetary goal is $5,000, a figure which will be matched by another donor.

UPDATE: The record has been broken! A Yeshiva representative informs us that 618 dreidels were successfully spun and that hundreds of dollars were raised for undergraduate scholarships. Mazel Tov! Here are some photos of the event, courtesy of Yeshiva University:

And check out this promo vid below:

What do you think - is this the weirdest record you've heard of? Share your stories in the comments section! 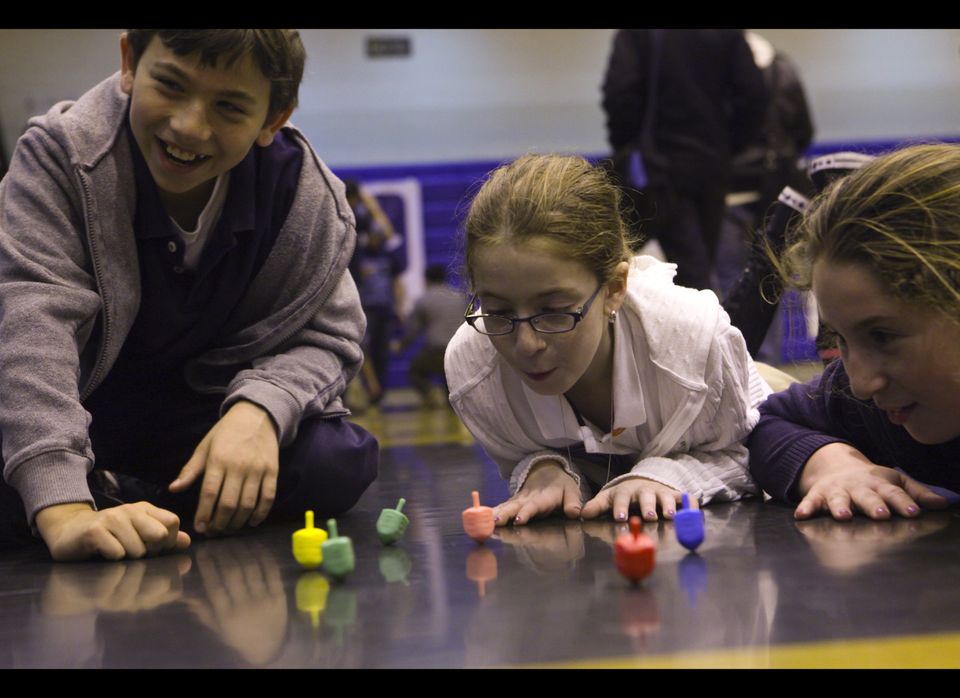