From the runway to the room, well-known fashion designers are stamping their stylish visions as they move beyond haute couture and into the realm of interior design. There is a growing trend of fashion designers doing extravagant interiors with their own distinctive signature for luxury hotels and restaurants. In 2010 alone, we have seen more than a dozen new hotels been done by top fashion gurus.

Here is a slideshow with some of the interiors done by these famed designers and some new projects to look out for.

It is arguable that Pierre Cardin, whose empire extended well beyond fashion into products that included bed linens, wine and furniture, was one of the predecessors of this trend. We have seen afterwards the rise of Ralph Lauren Home Collection, Armani Casa, Missoni Home, Bulgari Home, and Versace Home Collection, just to name a few. From clothes, to the bedroom, to the bathroom, fashion designers have taken over every part of the house.

Hotels and restaurants are great testing grounds for these new products. These oases from every day life present a temporal framework where designers can let their imagination run free, but also try-out their holistic lifestyle visions. Diane Von Fursterburg's suites with bold colors and her iconic prints at the Claridge, Moschino's surrealist interiors at the Maison Moschino in Milan, and Armani's refined Armani Hotel Dubai at the Burj Khalifa, all effectively project the designers' lifestyle vision and completely immerse us in their own universe. In turn, these restaurants and hotels become also a powerful marketing tool for the brand to further leverage these style and fashion empires.

These hospitality enterprises have proved to be successful and are multiplying. Missoni, for example, opened their Missoni Hotel in Edinburgh in 2008, it is now opening another Hotel in Kuwait on March of this year, and plans to open another two in Oman and Brazil by 2012. Armani opened in 2010 the Armani Hotel Dubai and coming soon are the Armani Hotels in Milan, Marrakech, Marassi, London, New York, Shanghai, and Tokyo. Roberto Cavalli has the Just Cavalli Cafe in Milan, the Cavalli Clubs in Florence and Dubai, and now will be opening in 2011 two more clubs in Moscow and Saint Petersburg. Versace is not only opening another Palazzo Versace in Dubai soon, but it is also looking to expand into the residential market with a new residential tower in Southeast Asia expected to be done by 2015.

In a consumerist culture that cherishes fashion and fame, it is no surprise developers turn to these world's great fashion designers, whom are celebrities in themselves and references of style, to design the trendiest interiors. They are arguably the most influential taste and style makers today, and not only are they able to conceive bold designs in their signature style, it is also a reality that everything they touch turns into gold. 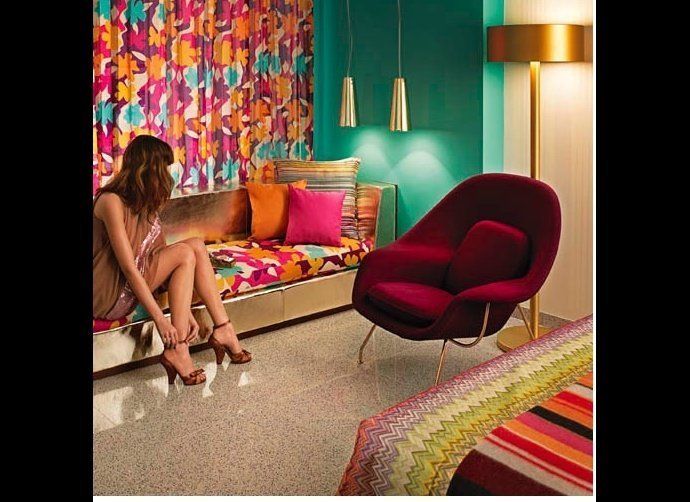