Is that a baby bump we see?

Rumors have been swirling that Drew Barrymore and her fiance, Will Kopelman, are expecting their first child together. Though she's stayed mum on the subject, she was spotted this week sporting what could be a possible baby bump.

Barrymore was photographed in Los Angeles heading to a market with a friend, and was hand-in-hand with a young boy. Could she be practicing her parenting skills before becoming a mom herself?

If the actress is indeed pregnant, there's one project under her name that she won't be able to enjoy for a few months. It was announced last month that Barrymore is getting into the wine business, releasing Barrymore Pinot Grigio under the distributor Wilson Daniels this spring.

Check out a photo of Barrymore below: 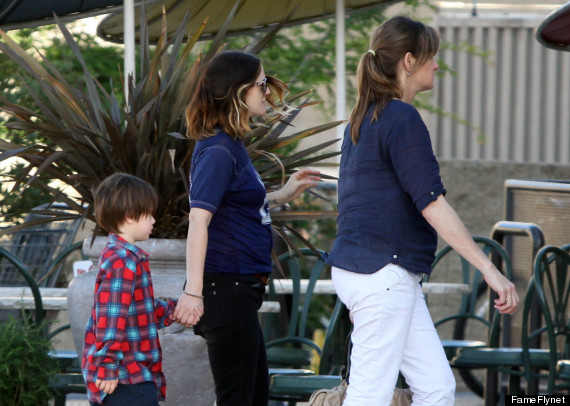