Drew Brees made history on Monday night when he connected with running back Darren Sproles for a 9-yard touchdown in the fourth quarter of the New Orleans Saints' win over the Atlanta Falcons. That completion earned the quarterback one of the most hallowed individual records in professional football. Brees had eclipsed Dan Marino's passing yards total from his historic 1984 season.

Marino passed for a staggering 5,084 yards during his iconic '84 campaign, a mark that many thought would stand forever. Of course, rule changes and the ensuing strategic adjustments have opened up a game that was formerly far more grounded. That pass to Sproles pushed Brees' season total to 5,087 yards.

On Monday, Brees became the fourth quarterback to hold the single-season passing yards record during the Super Bowl era, joining Joe Namath, Dan Fouts and Marino in an exclusive quarterbacking club. Prior to Namath topping the 4,000-yard mark, the previous record of 3,723 yards had been set by Sonny Jurgensen with the Philadelphia Eagles in 1961. Shortly after Marino's mark was surpassed, the former Dolphins' signal caller sent his congratulations to Brees via Twitter.

Congrats to @drewbrees. Great job by such a special player.

After being goaded into delivering an unintentionally comedic speech to his teammates and addressing reporters after the game, Brees responded.

Thanks to @DanMarino for his class and support during this run. It is an honor to attempt to follow the example he set for us all

Namath, who tends to be a bit more contentious on Twitter than either of the two most recent holders of his former record, did not immediately comment on the social media platform. In fact, his account had been quiet since shortly after the conclusion of the Jet's disheartening loss to the Giants on Saturday.

The final member of the record-setting quarter, Fouts, does not currently have a Twitter account, but he may choose to address the new record while broadcasting the Ravens-Bengals game for CBS this weekend.

Here are the record-setting seasons for each of the prolific passers to hold this record during the Super Bowl era: 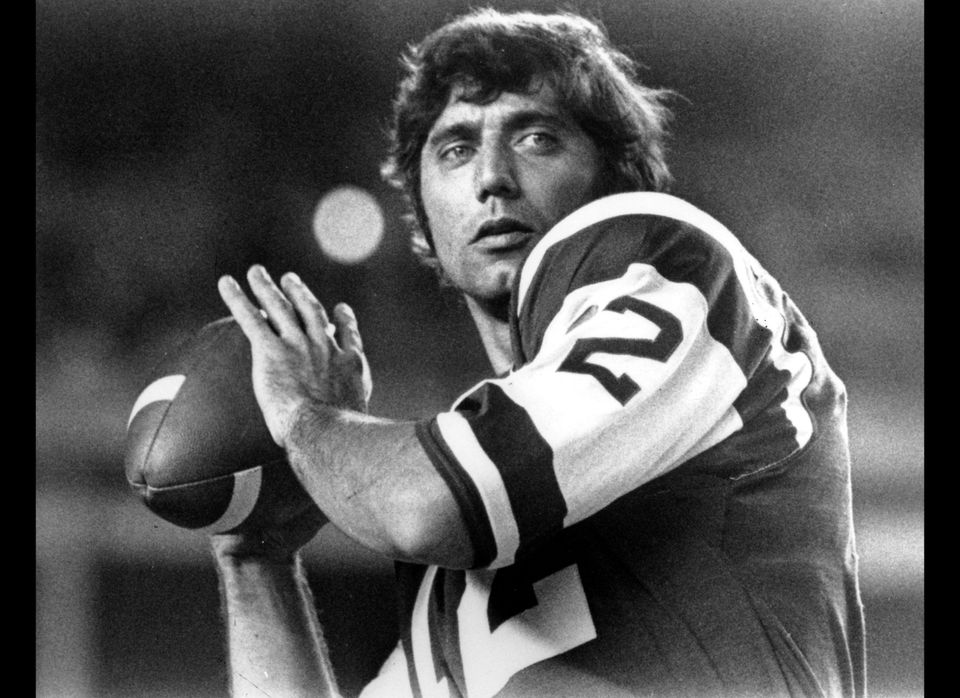