In northern Chile's Atacama Desert -- known as the driest place on Earth -- a region called María Elena South is so incredibly arid that scientists thought life as we know it could never survive there.

Now we know otherwise -- and that could have implications that extend beyond our own planet.

A team of scientists in Chile recently found several bacterial species lurking in the soil at María Elena South and other regions in the desert that were once thought to exceed the so-called "dry limit" for life.

"We were indeed surprised by finding microbial life at María Elena South," Dr. Armando Azua-Bustos, a research scientist at the Blue Marble Space Institute of Science in Santiago, who was involved in the discoveries, told The Huffington Post in an email. "After this work we are not sure whether there is a dry limit for life on Earth." 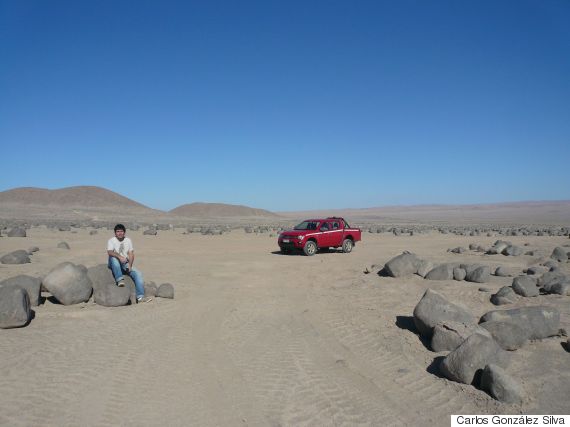 To determine the microbial content of the desert's extremely dry environments, the researchers analyzed DNA extracted from soil samples that represent various regions in the desert. They conducted a so-called "denaturing gradient gel electrophoresis," which is a common technique used to examine microbial community composition.

An analysis of the data showed a surprising diversity of bacteria, primarily from the groups Actinobacteria, Proteobacteria, Firmicutes, and Acido-bacteria.

The researchers also used micro-sensors to measure the temperature and relative humidity of the soil samples and atmosphere -- confirming that the desert is indeed the driest and exceeds the previously held dry limit for life, Astrobiology Magazine reported.

The researchers found that the relative humidity of the soil one meter deep at María Elena South is around 14 percent, which matches the lowest humidity measurements taken by NASA's Mars Science Laboratory at the red planet's Gale Crater.

"Since we found several types of microbial life in a site which is as dry as Mars, in principle there should be no environmental constraints to find similar life forms in the Martian soils," Azua-Bustos said in the email. "Since we have discovered a good Mars analog model, future detection instruments and robots to be sent to [the] red planet may be tested here in advance of being launched to Mars."

The researchers are now seeking environments on Earth that are even drier than María Elena South, Azua-Bustos said in the email. They have had no luck yet.

A paper describing the microbial discoveries was published online in the journal Environmental Microbiology Reports on March 4, 2015.

The Driest Place in the World